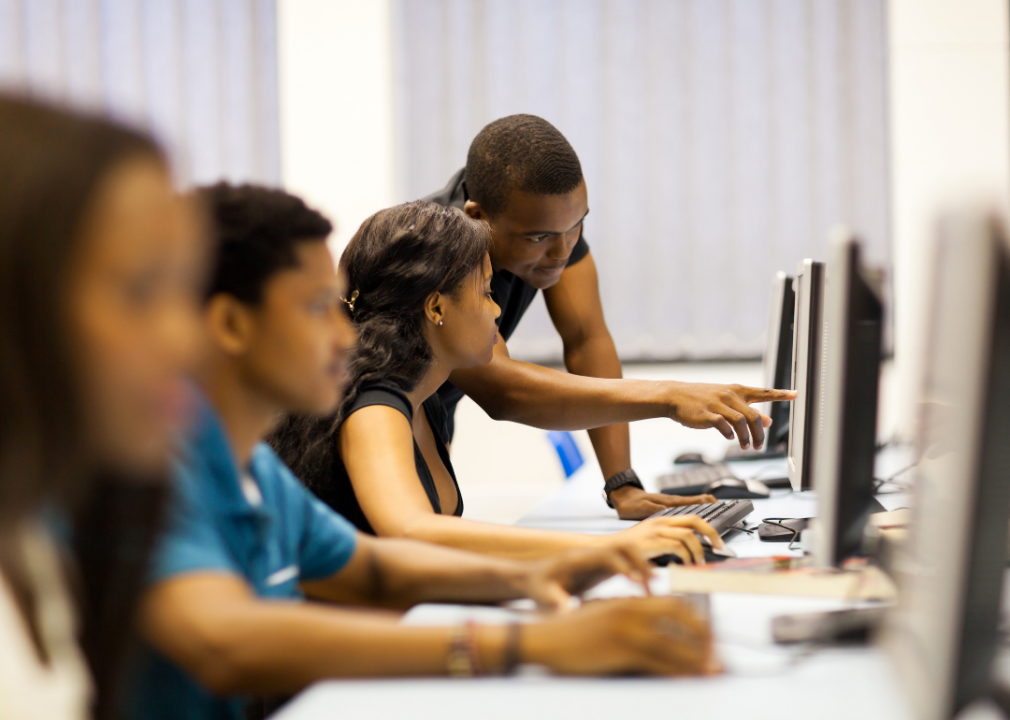 There was a long time in the United States when many young people had no choice but to attend a college founded specifically to teach Black students, with the doors of other schools explicitly closed to them. The earliest of those universities were invaluable for educating Black communities.

Today, the overt racism and legal barriers may be gone, but historically Black colleges and universities (HBCUs) still play a vital and irreplaceable role in U.S. education. They value and honor African American heritage, provide a supportive environment—especially for students who have coped with racism and minority status in their schools—and make sure that disadvantaged and underserved communities have top-notch educational opportunities.

More than 100 historically Black colleges and universities are designated by the U.S. Department of Education, meeting the definition of a school “established prior to 1964, whose principal mission was, and is, the education of black Americans.”

StudySoup compiled the 20 largest historically Black colleges and universities in the nation, based on 2021 data from the U.S. Department of Education’s National Center for Education Statistics. Each HBCU on this list is a four-year institution, and the schools are ranked by the total student enrollment. 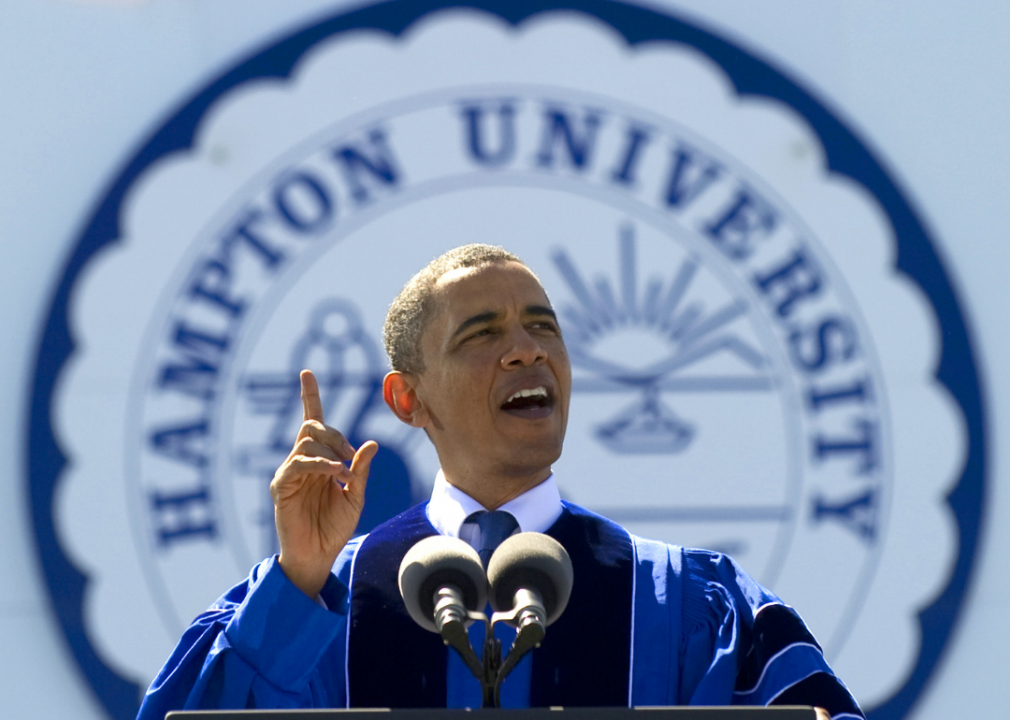 Hampton University’s roots trace back to 1861, when classes were first held under an oak tree for a group of newly freed slaves, and the school was formally founded seven years later as the Hampton Normal and Agricultural Institute. Its best-known graduate is educator and reformer Booker T. Washington. The school has an array of nearly 100 undergraduate and graduate programs. 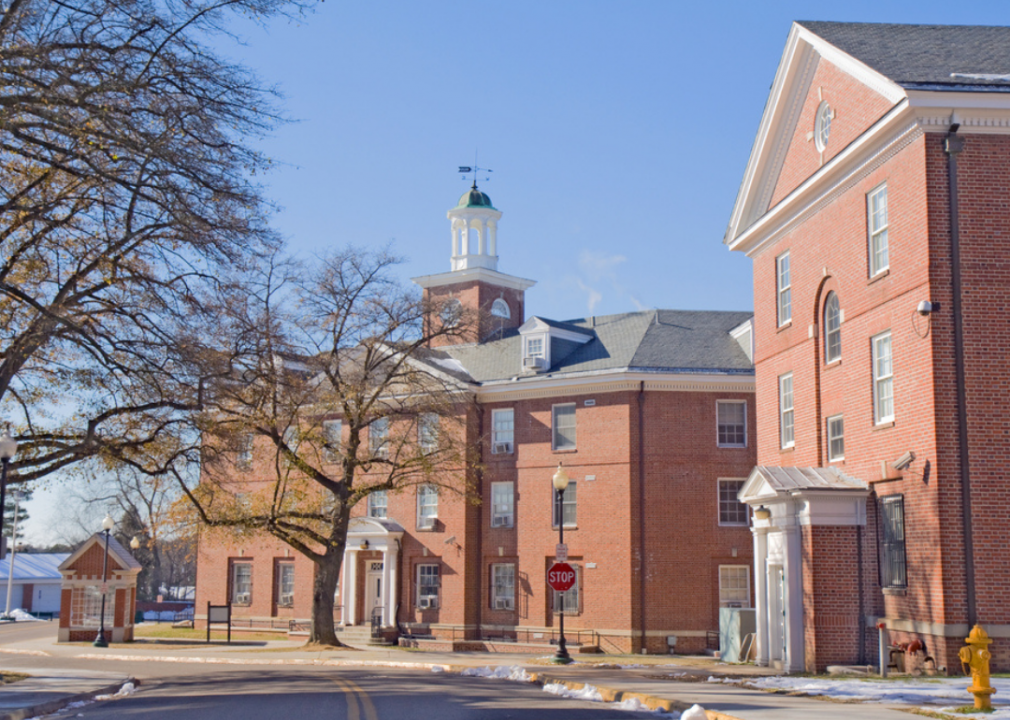 Located near Richmond, Virginia State University comprises six colleges: agriculture, business, education, engineering and technology, humanities and social sciences, and natural and health sciences. VSU is one of a number of schools across the country that offers Peace Corps Prep for students to mix coursework with hands-on experience, community development, and other skills designed to help them succeed in the Peace Corps after graduation. 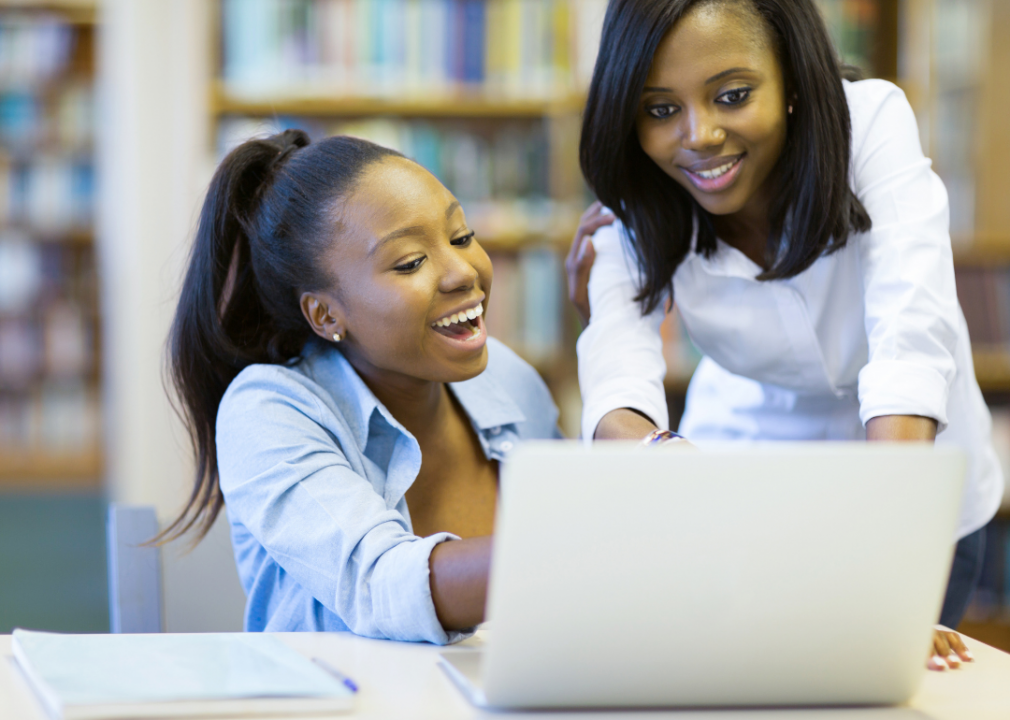 Founded as the Delaware College for Colored Students in 1891, Delaware State University has four academic colleges: agriculture, science, and technology; humanities, education, and social sciences; business; and health and behavioral sciences, as well as its school of graduate, adult, and extended studies. DSU is currently completing its acquisition of Wesley College, a small private school also located in Dover. It’s the first ever takeover of another college by an HBCU. 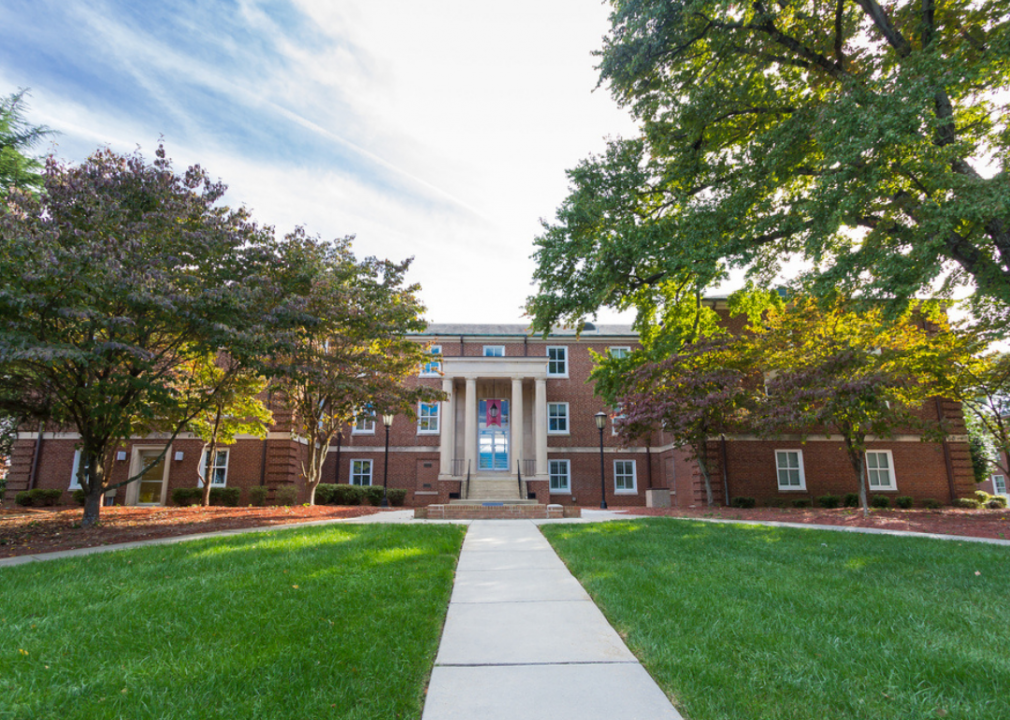 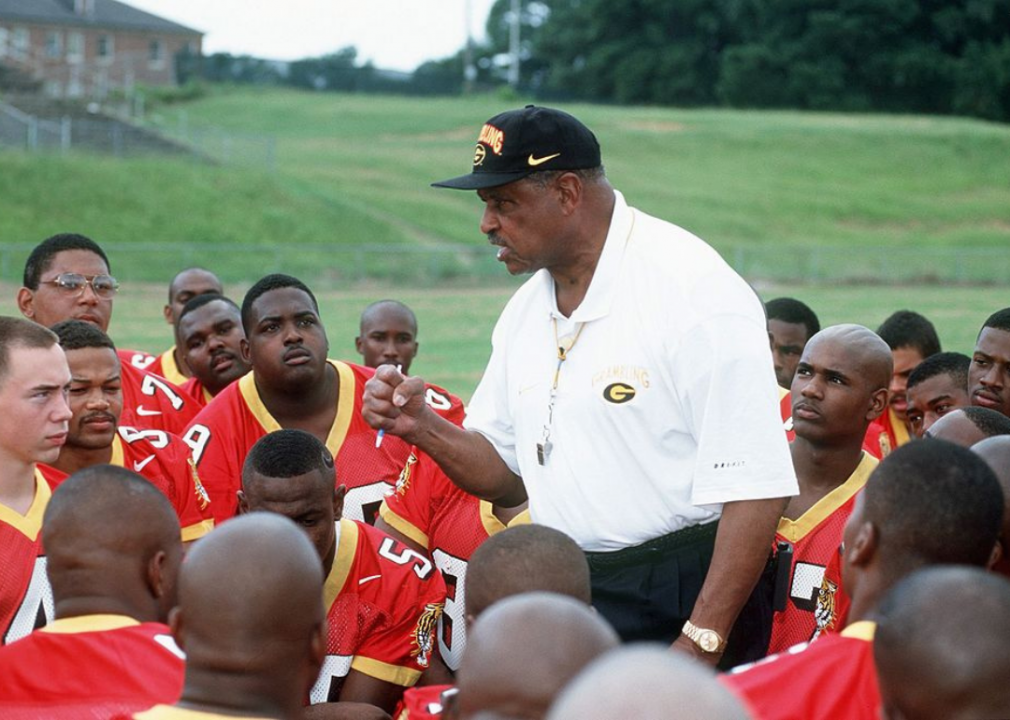 Grambling State University started out in 1901 as the Colored Industrial and Agricultural School, founded by a group of farmers who wanted to establish a school for Black students. It expanded and in 1974 became Grambling State University. Its undergraduate programs concentrate on traditional liberal arts, its graduate programs focus on professional learning, and it promotes the study of African American art, history, and culture. 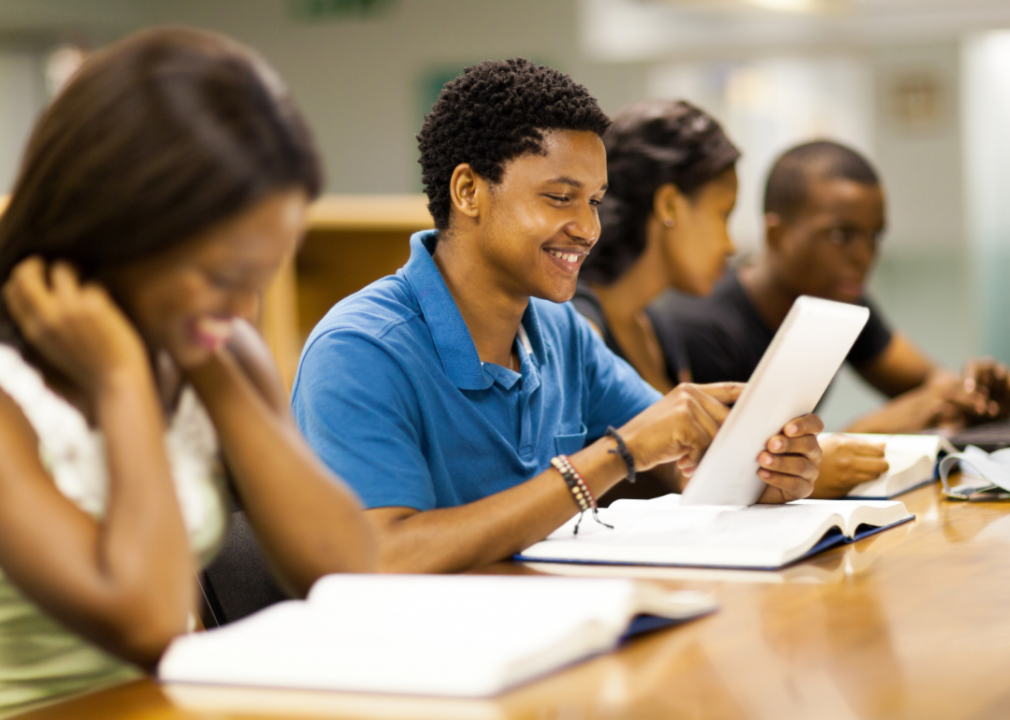 Norfolk State University offers 31 bachelor’s programs and 15 master’s degree programs in its colleges that include liberal arts, sciences, engineering, technology, business, education, and social work. The most popular majors are business and commerce, electrical and electronics equipment installation and repair, and health care administration management. It is one of the state’s most affordable four-year colleges. 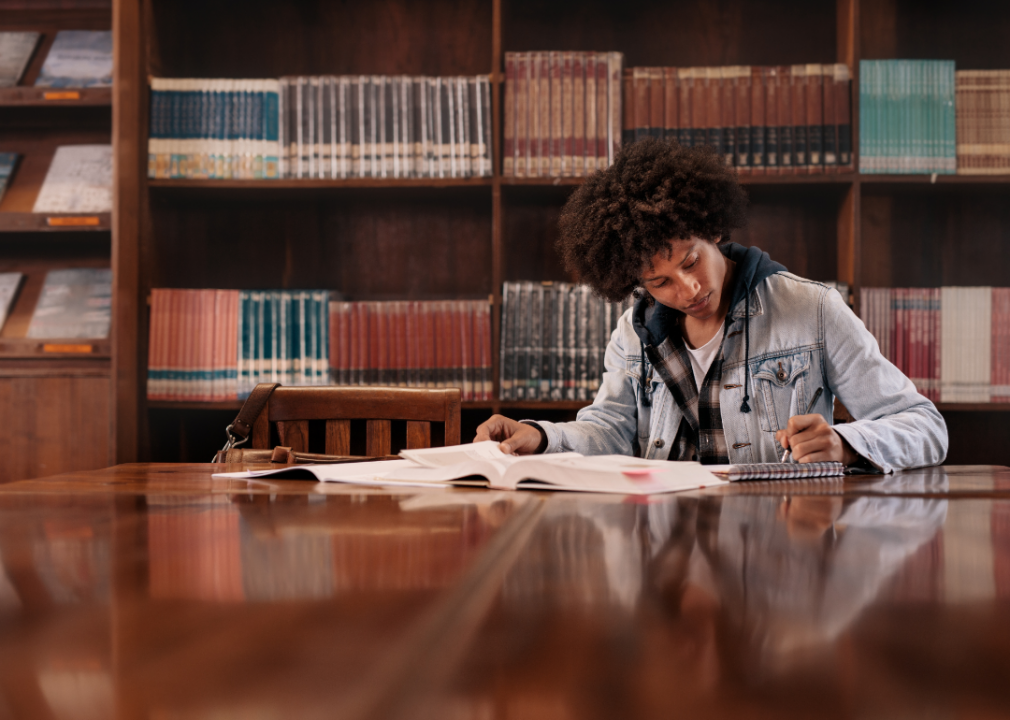 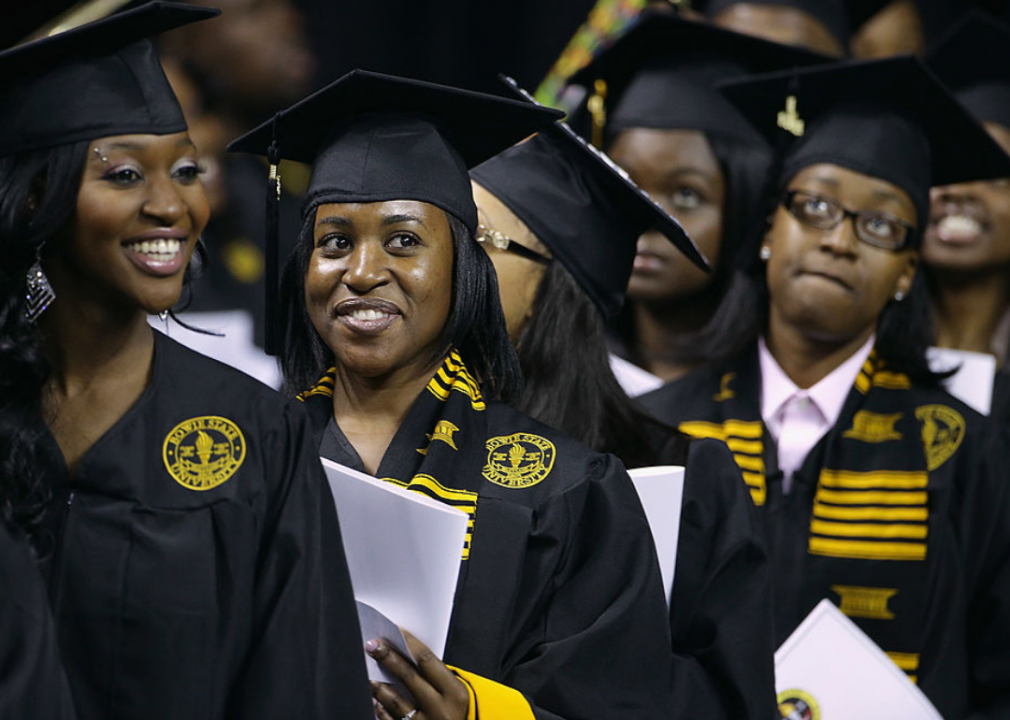 Located between Baltimore and Washington D.C., Bowie State University is one of the 10 oldest HBCUs in the country, founded in 1865. Bowie stands to benefit from the settlement of a lengthy legal fight over unequal funding to Maryland’s four HBCUs. The governor recently signed a measure providing $577 million over the course of a decade to Bowie, Morgan State University, Coppin State University, and the University of Maryland Eastern Shore. The state was accused of letting other public colleges duplicate programs at its HBCUs, dampening their enrollment. 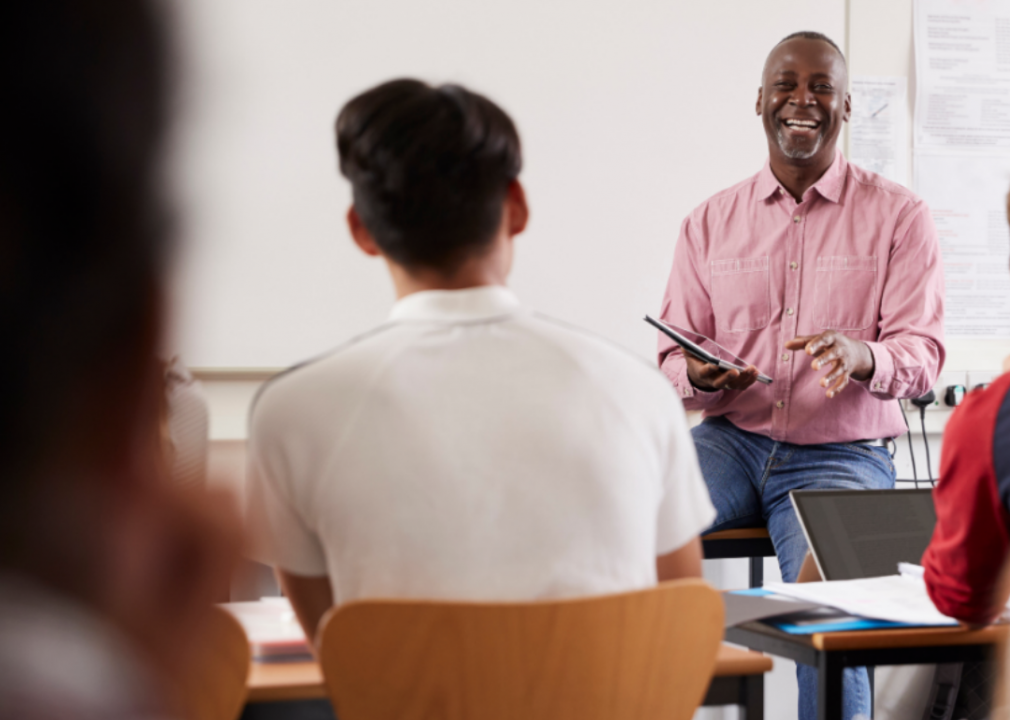 The Alabama Agricultural and Mechanical University opened its doors in 1875 thanks to the efforts of William Hooper Councill, an ex-slave who served as the school’s first principal and president. It’s located in a scenic area a few miles away from Huntsville, Alabama, and offers a wide range of academic degrees across its four colleges, and is especially strong in the sciences. 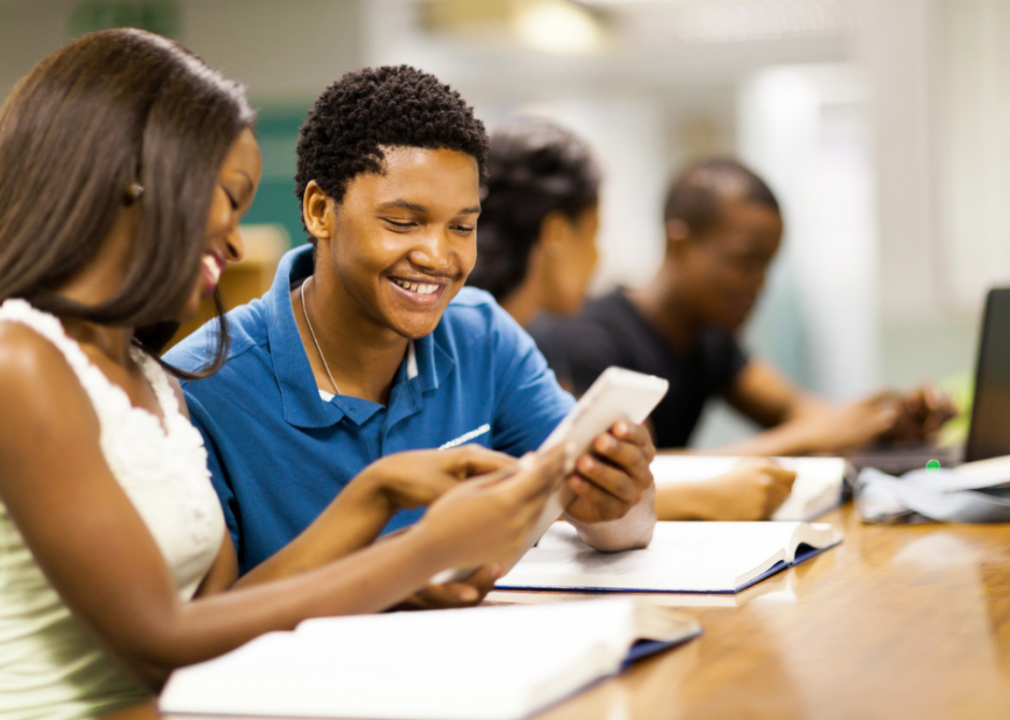 Fayetteville State University, which offers a wide range of programs such as cybersecurity and foreign study scholarships, has some of the lowest tuition rates in North Carolina. Popular majors at FSU are nursing, criminal justice and safety, psychology, business administration and management, and biology. 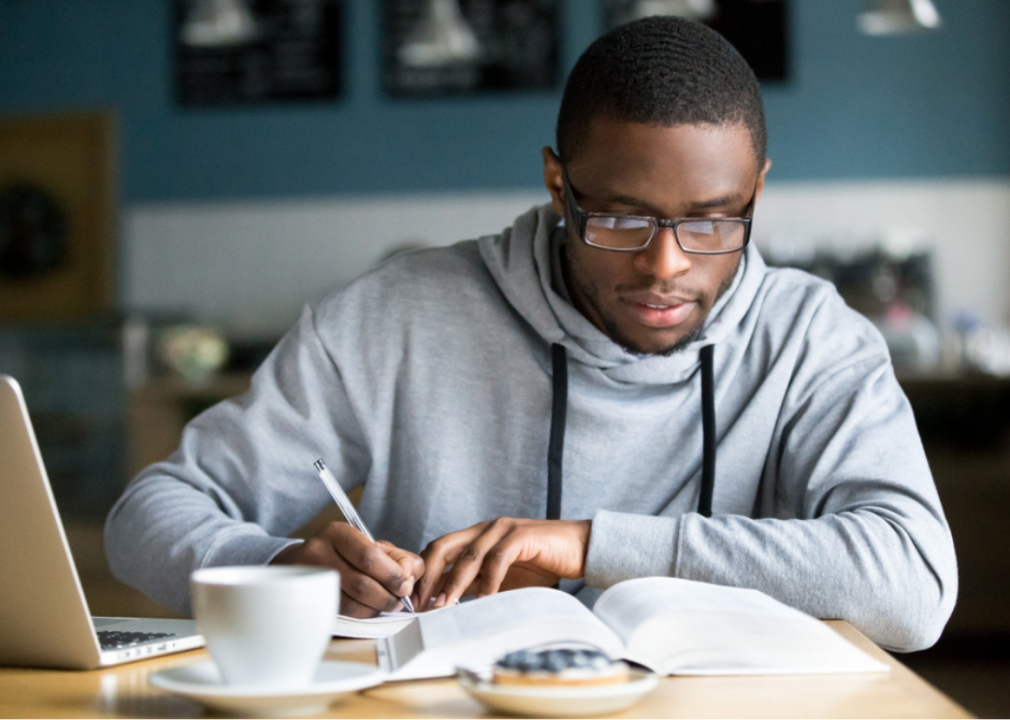 Jackson State University, which emphasizes research and experiential learning, has more than 90 undergraduate and graduate degree programs, and it is the one of the largest HBCUs in the country. The school recently unveiled a scholarship program for students who major in rural health care and will commit to spending at least three years in a rural job market after graduating. 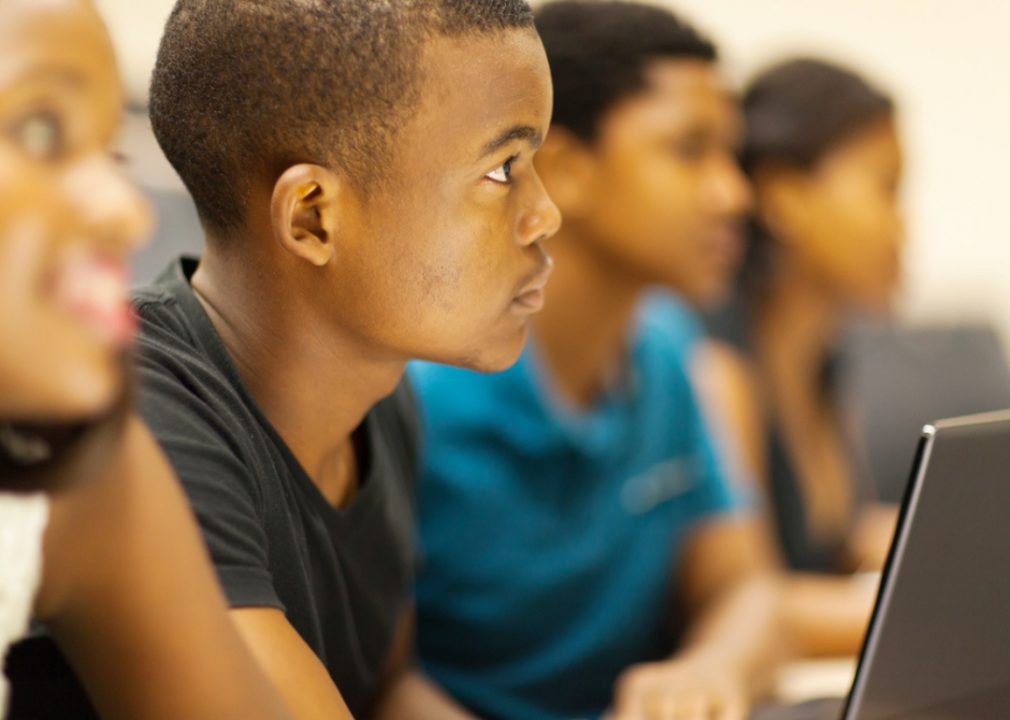 The student body at Southern University and A&M College is about one-third male and two-thirds female. Among its more popular majors are health professions, business, management, marketing, homeland security, law enforcement, and firefighting. The school has five campuses in Baton Rouge, New Orleans, and Shreveport. It opened the Southern University Law School 1947 when Louisiana State University’s Law School would not allow Black students to attend. 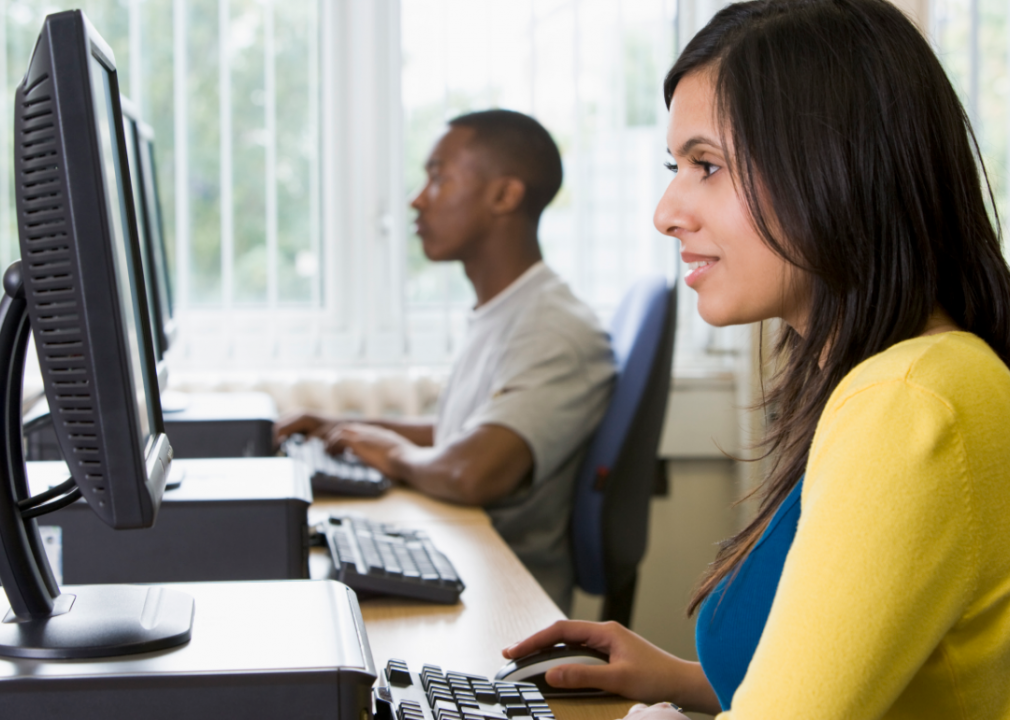 The roots of Morgan State University date to 1867, when it was founded as the Centenary Biblical Institute by the Methodist Episcopal Church to train young men to be ministers. It then expanded into training men and women as teachers. Today its programs range from education and architecture to social work and hospitality management. Its urban campus, with buildings designed by top Black architects, was designated a National Treasure by the National Trust for Historic Preservation. 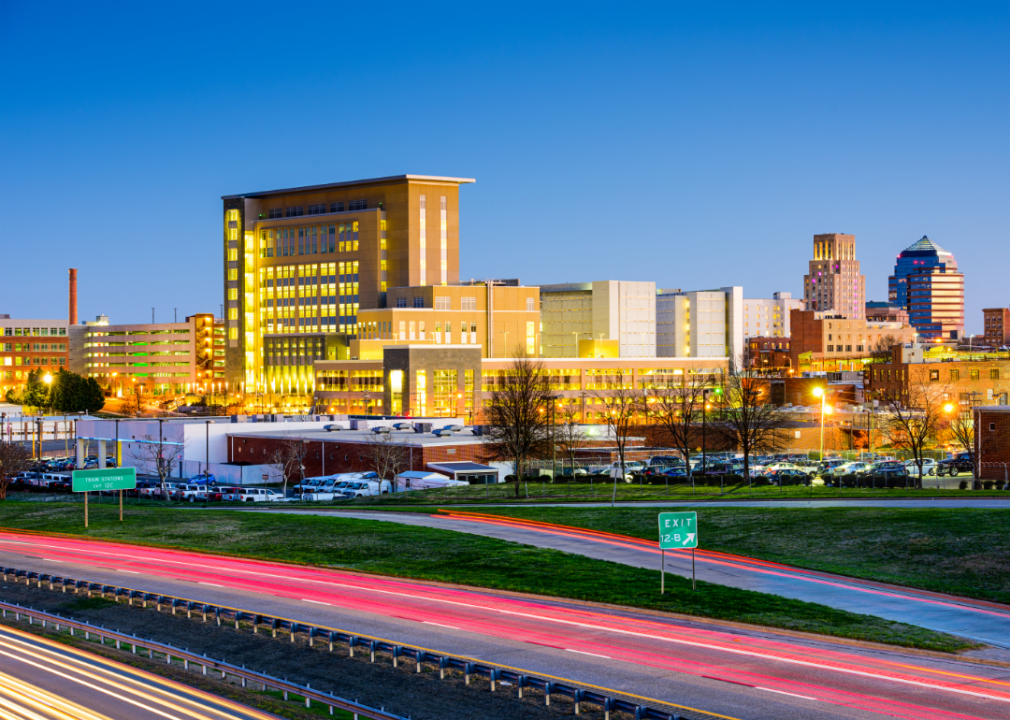 Known for its winning football and basketball teams, North Carolina Central University was the first public college of liberal arts for Black students in the country. Two of its biggest programs of study are criminal justice and business administration, and it also has a respected jazz studies concentration with celebrated saxophonist Branford Marsalis as a faculty member. 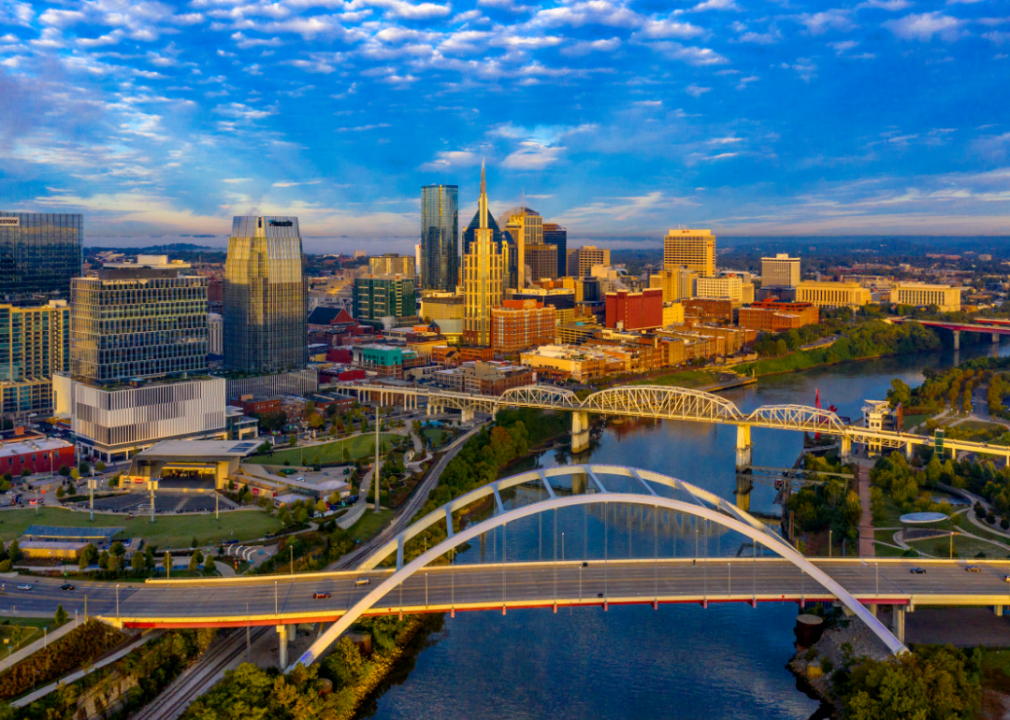 The main campus of Tennessee State University is located just a few minutes from downtown Nashville, and it also has a campus close to the city’s central business and government district. It competes in the NCAA Division I Ohio Valley Conference in men’s and women’s basketball, track and field, and other sports. TSU’s Forensics team—forensics is competitive public speaking—this year was named overall national champions and the top HBCU speech and debate team in the country for the second year in a row. Forensics students compete in such events as dramatic interpretation and persuasive speaking. 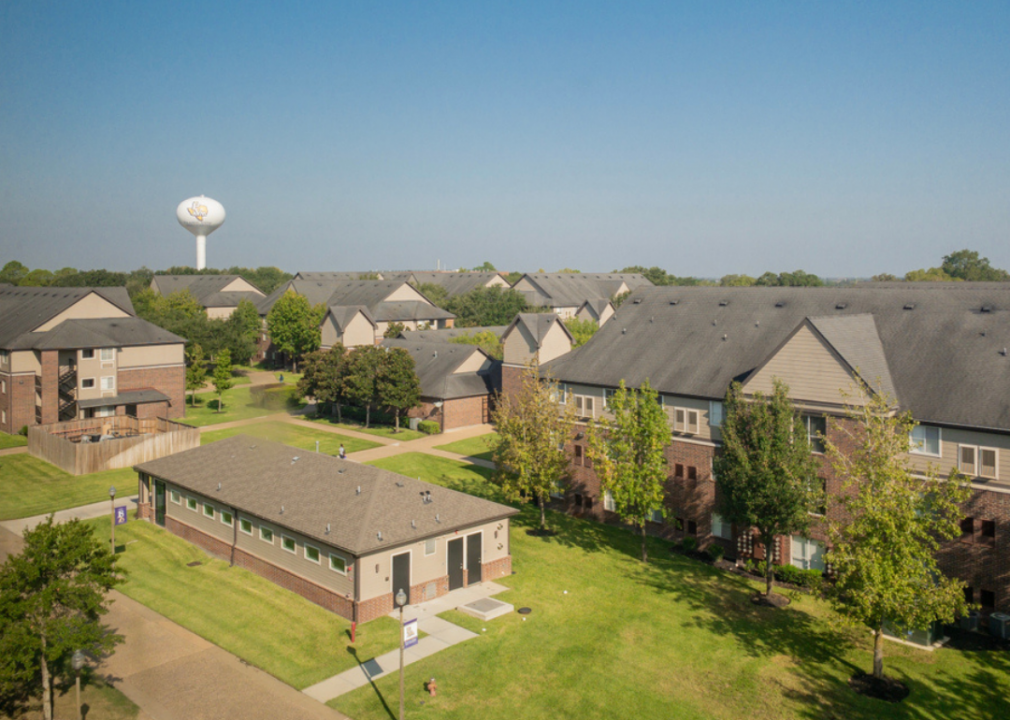 The first students—eight young Black men—enrolled in 1878 at Prairie View A&M University, the first public college in Texas for Black students. These days, Prairie View offers an average of more than 1,800 courses each semester. It just opened the Ruth J. Simmons Center for Race and Justice, a research policy and implementation center to address issues of diversity, racism, disctimination, and related topics. 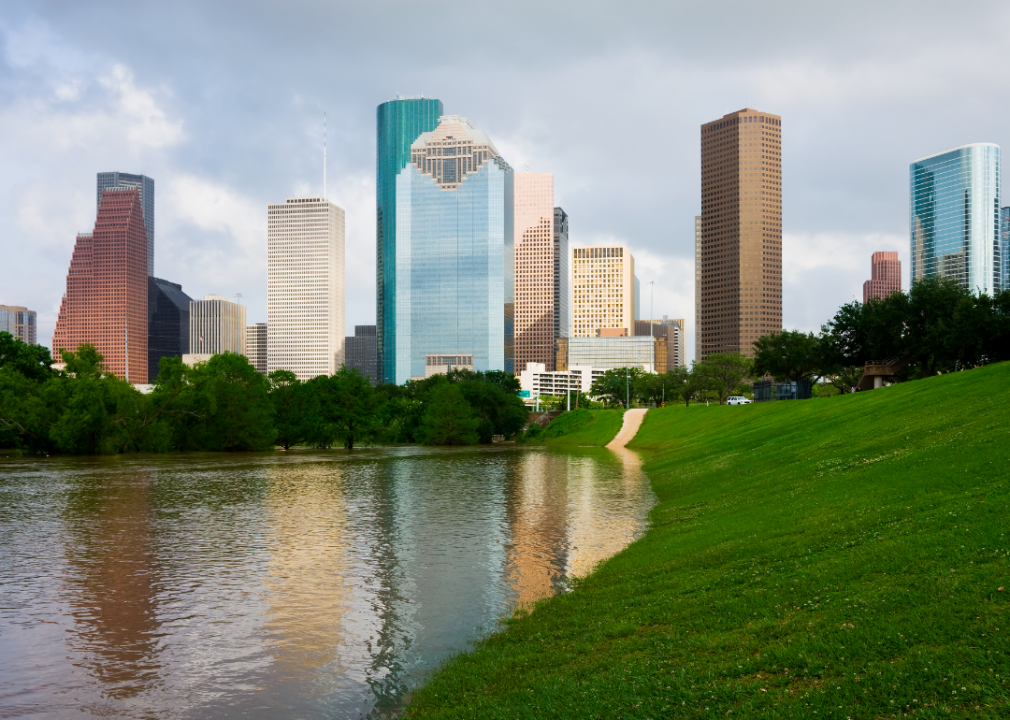 Texas Southern University got its start in 1927, the year the Houston Public School Board created two different schools: one for white students and one for Black students. Today, Black students make up about 80% of the student body at Texas Southern University, and the faculty is 70% Black. Nearly all the students come from Texas, while the biggest number of foreign students come from Nigeria. The top degrees awarded at TSU are law, business administration and management, pharmacy, finance, and biology. 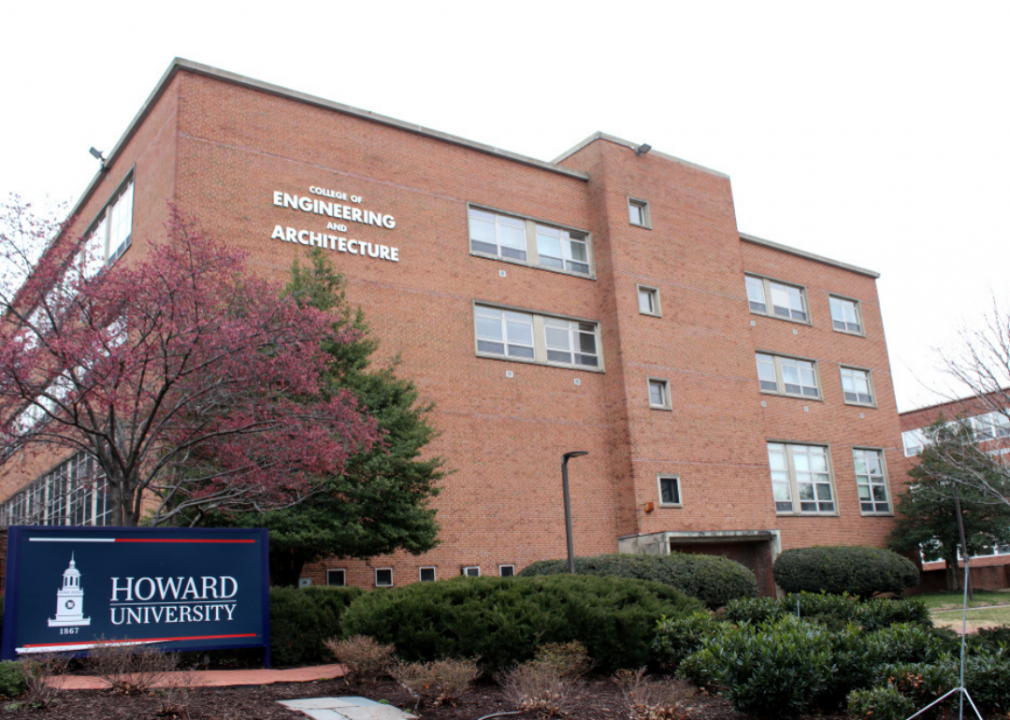 Howard University, a private school founded in 1867, has awarded more on-campus doctorates to African Americans than any other university in the country, and its schools of law and medicine are prestigious as well. Its alumni include Vice President Kamala Harris, Supreme Court Justice Thurgood Marshall, Congressman Elijah Cummings, diplomat Andrew Young, actors Chadwick Boseman and Phylicia Rashad, authors Zora Neale Hurston and Toni Morrison, and opera singer Jessye Norman. Howard was ranked No. 80 on the most recent U.S. News & World Report rankings list of the nation’s best universities. 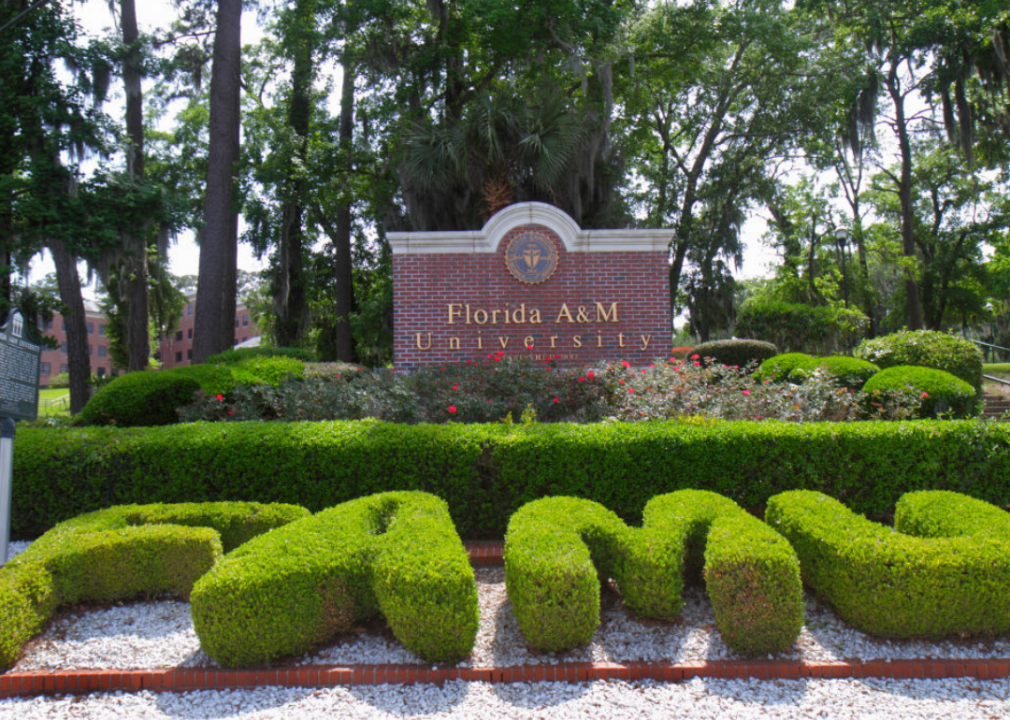 Florida Agricultural and Mechanical University offers more than 50 bachelor’s degrees, nearly 30 master’s degrees, and a dozen doctoral programs. The most popular studies among undergraduates are business administration, biology, and criminal justice, and there are degrees in such topics as jazz studies, cardiopulmonary sciences, and journalism. It recently added a Sustainability Institute, a Center for Viticulture and Small Fruit Research, and a Center for Plasma Science and Technology. 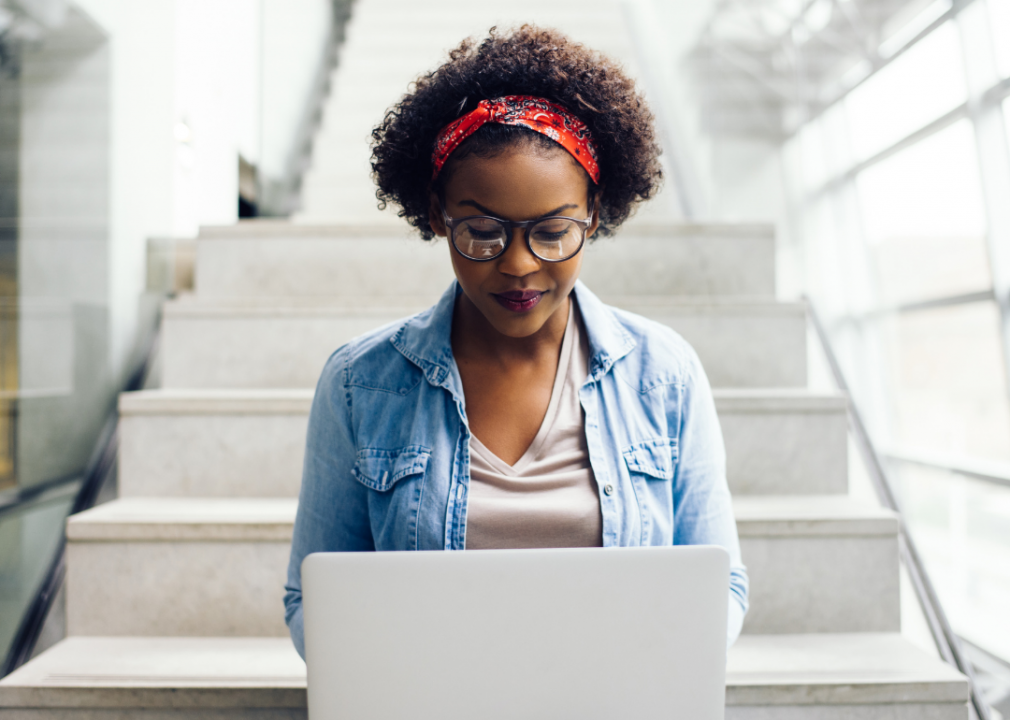 North Carolina A&T State University is the nation’s top producer of Black graduates in the fields of engineering and agriculture. Its tuition rates make it the most affordable of the state’s top universities. It has opened new centers of cutting-edge study in advanced manufacturing, cybersecurity, entrepreneurship, and vehicle technology. In a Gallup Poll, 96% of its alumni said they would choose North Carolina A&T State University again.