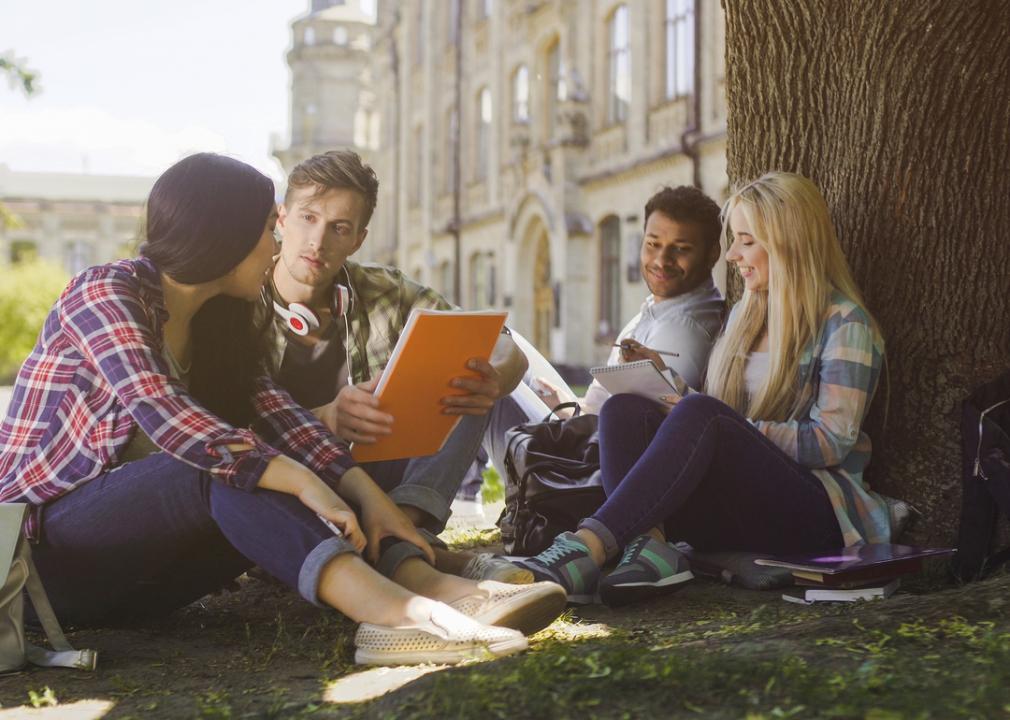 College is getting more expensive while wages are stagnating, driving more and more Americans further into debt.

While average college tuition costs ballooned by 59% between 2000 and 2019, median weekly earnings for those with bachelor degrees grew by just 5%, according to data from the National Center for Education Statistics and the Bureau of Labor Statistics.

Americans owe $1.73 trillion in student loan debt, with the average borrower owing $39,351. For many families, sending their children to college would not be possible without financial aid including scholarships, grants, work-study programs, and loans. With close to 90% of first-year undergrads receiving financial aid for college, access to such aid is crucial to keeping college accessible for most students.

Digital learning marketplace StudySoup analyzed College Scorecard Data from the U.S. Department of Education and net price data across four household income brackets to determine which colleges and universities have the highest tuition costs as of 2019–2020—and to discover what students at these schools actually pay.

The outsized leap in college costs with stagnant wage increases has made it increasingly difficult and expensive for students to attend two- and four-year institutions, public or private. For the 2020–2021 school year, the average public, four-year college costs $10,560 a year for in-state residents and $27,020 for out-of-state residents. The jump in prices, according to reporting from CNBC, is due in part to reduced state funding and an increased cost of living. These costs don’t take into account additional expenses, either, which range from housing and school supplies costs to transportation.

Keep reading to discover which U.S. colleges are the most expensive, and what students actually pay.

DID YOU KNOW?
You can earn up to $500 as a notetaker online to offset the cost of tuition. Learn more about becoming an “Elite Notetaker.” 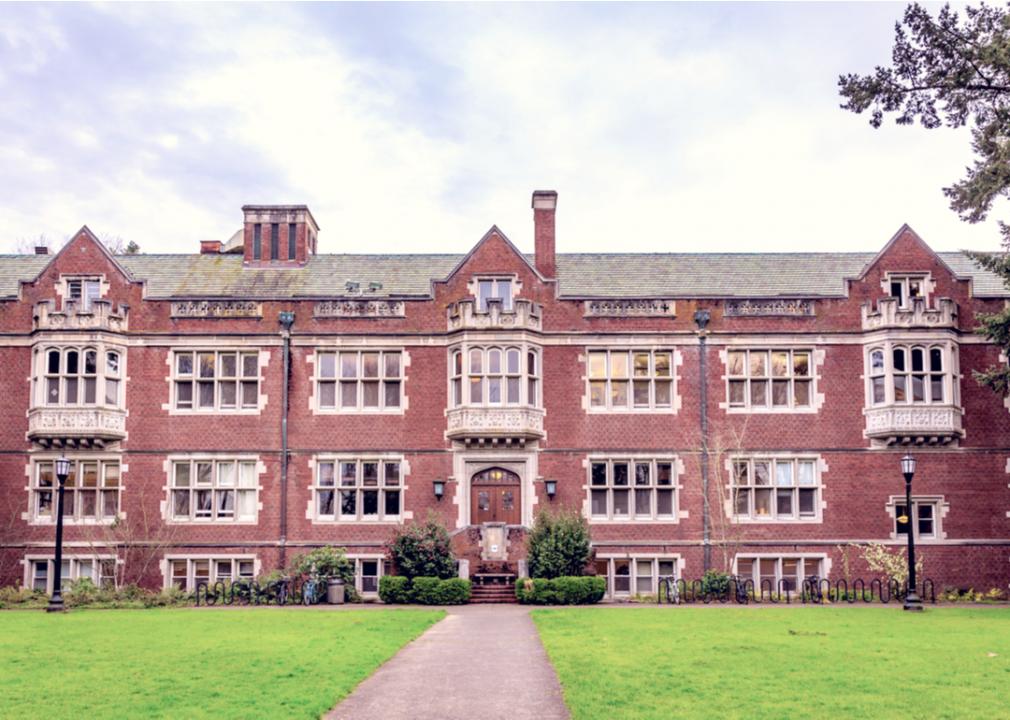 Reed College is a private institution that was founded in 1908 and consistently ranks in the top 100 liberal arts schools in the country. Although tuition is high, Reed meets 100% of demonstrated need based on admitted students’ ​​Free Application for Federal Student Aid (FAFSA) and College Scholarship Service (CSS) profile.

“Reedies” are known for their intellectualism and have their pick of almost four dozen bachelor of arts majors and programs. The Princeton Review ranked Reed #1 for science, technology, engineering, and math (STEM) students who go on to earn doctorate degrees in STEM fields. 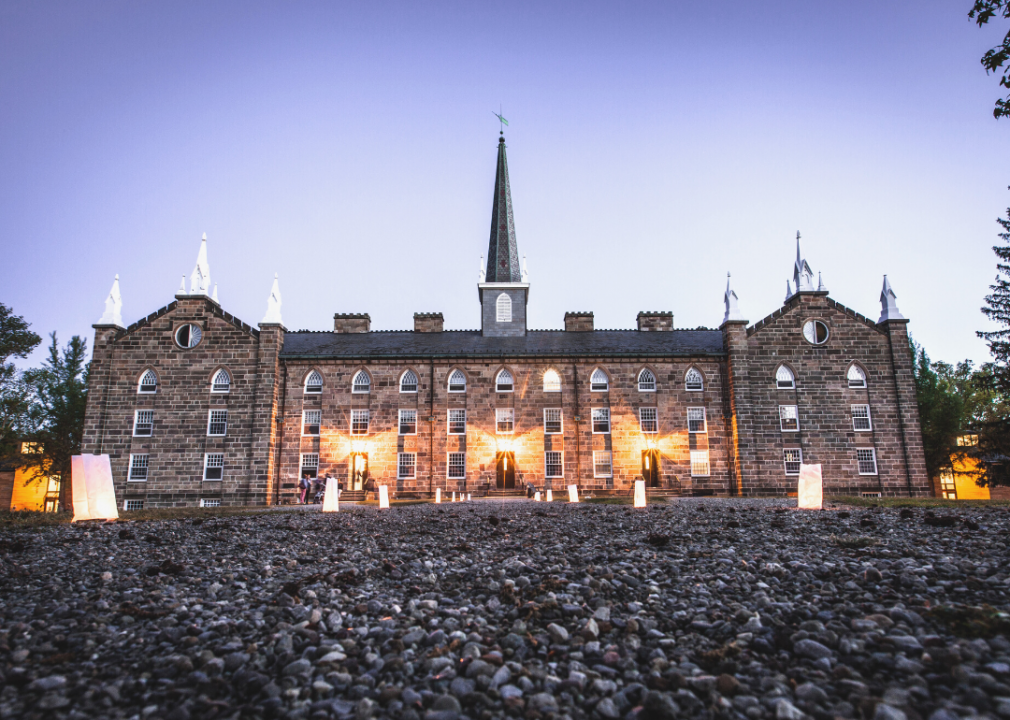 Kenyon College is nestled in the small town of Gambier, Ohio. The idyllic campus features historic buildings reminiscent of Hogwarts from the “Harry Potter” films. Kenyon boats a robust creative writing program and a 9-1 student-to-faculty ratio. A 2017 New York Times report found that 19.8% of the student body came from the top 1% in terms of household income and only 12.2% of the student body came from the bottom 60% of earners. 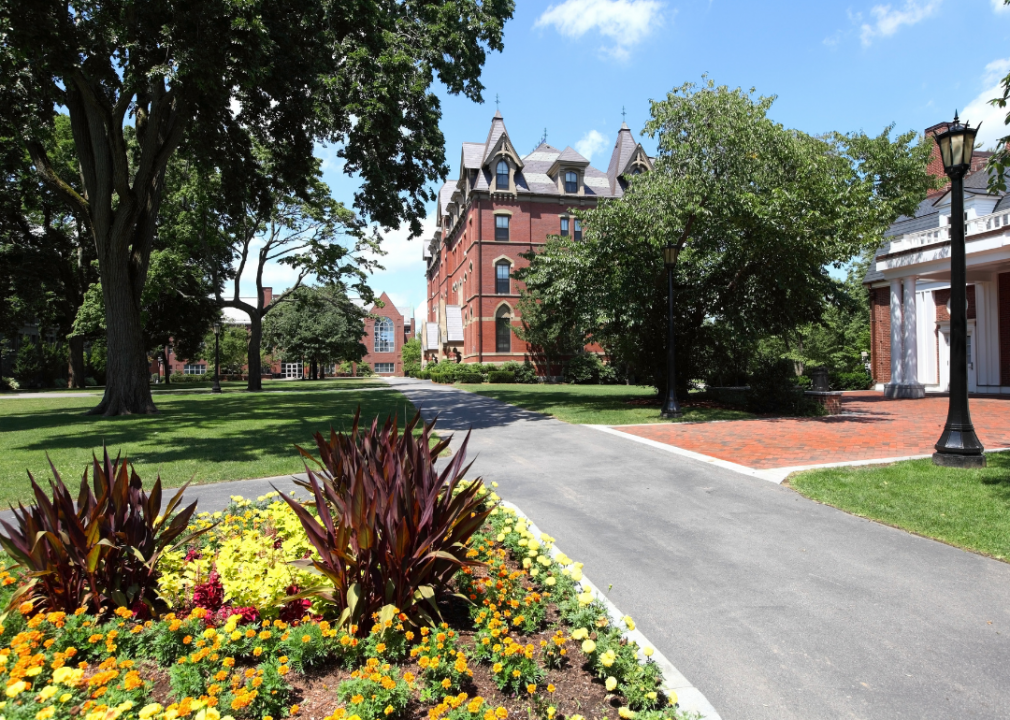 Tufts University is a private school situated in the Boston suburb of Medford, Massachusetts. The New York Times reported that 18.6% of students come from families that make more than $630,000 annually, while only 11.8% of students come from families where household income is less than $65,000. Tufts admission is need-aware, meaning that financial need (or lack thereof) can play a factor in whether or not a prospective student is admitted. Tufts does, however, meet the full need of the students who are admitted to the university. 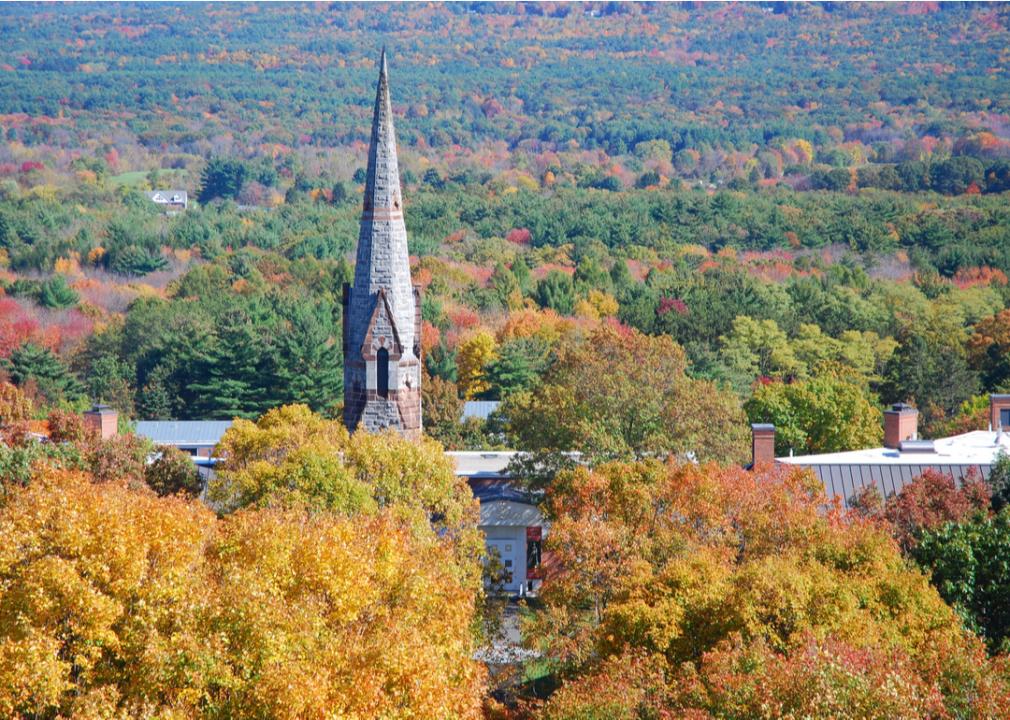 Amherst College is perennially ranked among the top five liberal arts college in America. With a student-to-faculty ratio of 7-to-1 and an average class size of 19, students get plenty of individual attention.

Located in Amherst, Massachusetts, the campus is set on 1,000 sprawling acres. Amherst prides itself on its financial aid packages, meeting 100% of student need for domestic and international students with an average yearly aid package of $52,255. For the class of 2023, 13% are first-generation college students and 24% are Pell grant eligible, meaning their total family income is less than $50,000. 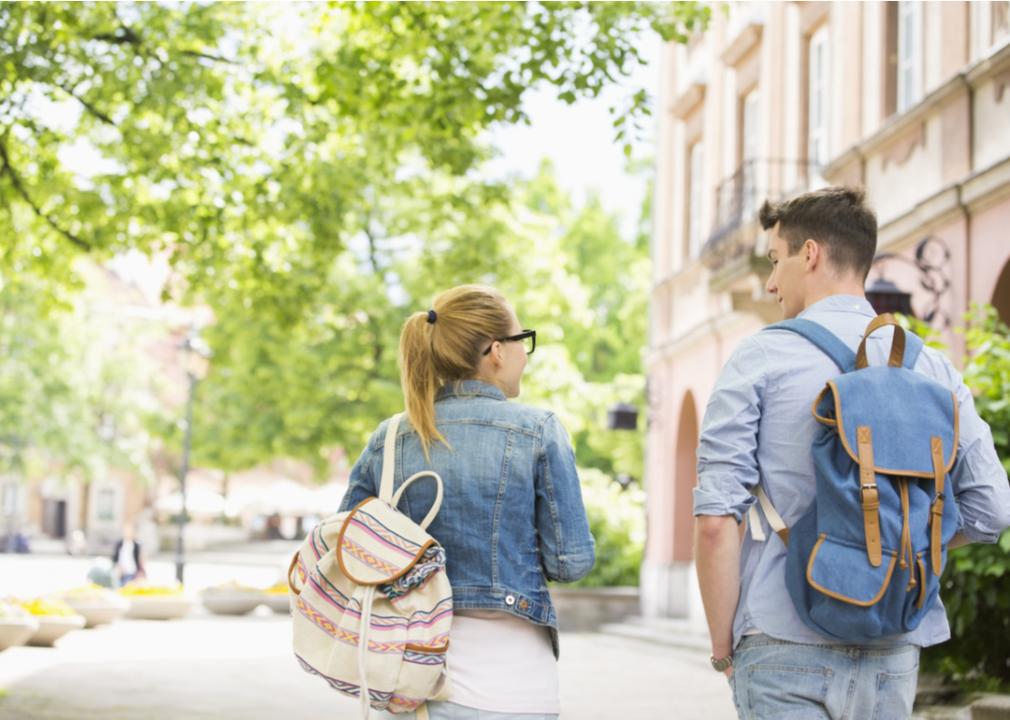 Harvey Mudd is one of seven members of the Claremont Colleges. While it is a liberal arts college, it offers nine majors in science, engineering, technology, and math (STEM). For U.S. citizens and permanent residents, Harvey Mudd is need-blind and meets 100% demonstrated need in the form of grants, work-study programs, loans, and scholarships. The college offers merit scholarships and fly-in programs for students from historically underrepresented groups in STEM including BIPOC, disabled, and first-generation college students. 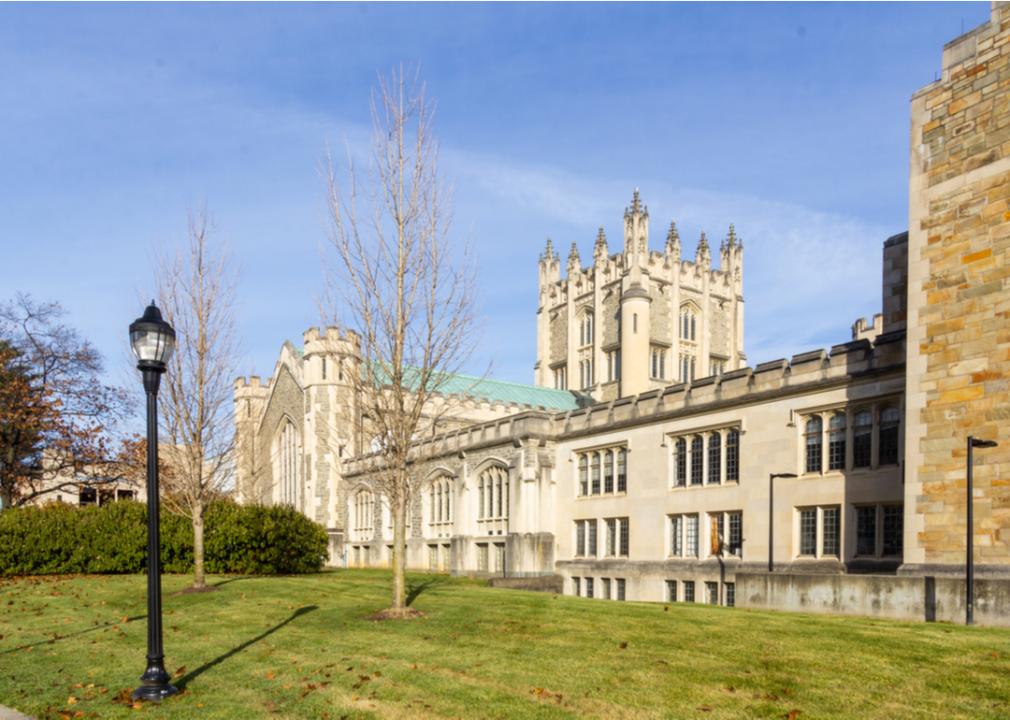 Vassar College opened in 1865 as a women’s liberal arts school. The school began admitting men in 1969 and now ranks #22 in National Liberal Arts Colleges, according to U.S. News. Vassar has a need-blind admissions policy and over 60% of students receive financial aid. Vassar is a QuestBridge partner, offering financial and other supports to low-income, high-achieving students. Vassar is part of the “Little Ivies,” which also includes schools like Amherst, Tufts, and Trinity. 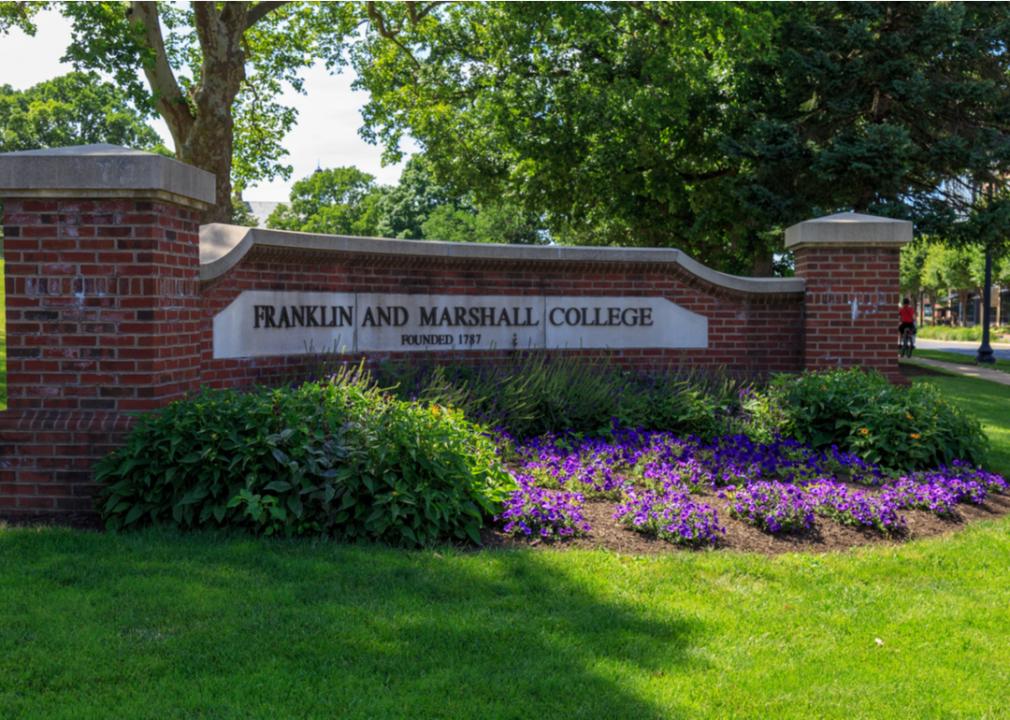 Franklin & Marshall is a private liberal arts college located in Lancaster, Pennsylvania. Even with a need-aware admissions policy, 24% of U.S. applicants to Franklin & Marshall qualify for Pell grants, and a fifth are first-generation college students. Students’ median family income is $212,100 and more than seven in 10 are from the top 20%. Franklin & Marshall awards bachelor’s degrees in 60 fields and has a nine-to-one student-to-faculty ratio. It has a campus in Bath, England, and half of students study off-campus. 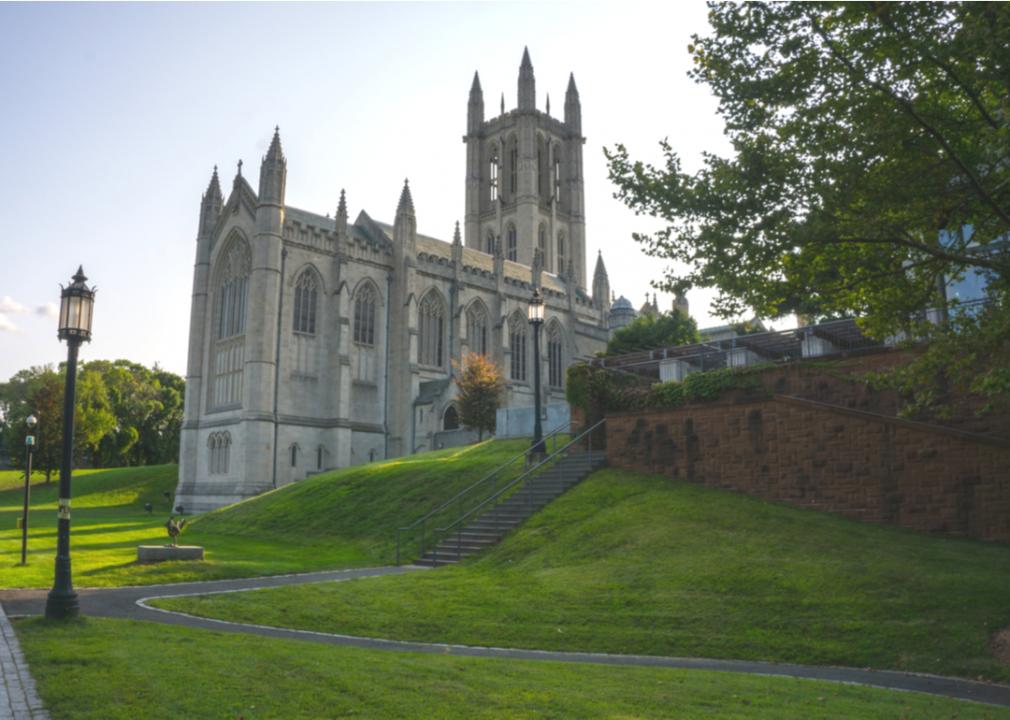 Trinity College is an Episcopal liberal arts institution located in Hartford, Connecticut, that offers undergraduate and master’s degrees in 41 majors. U.S. News ranks Trinity #69 in Best Value Schools. In 2017, 26.2% of the student body were in the top 1% of household income, while only 14.3% of students were from the bottom 60% when it came to household earnings. Five alumni have gone on to win Pulitzer Prizes. 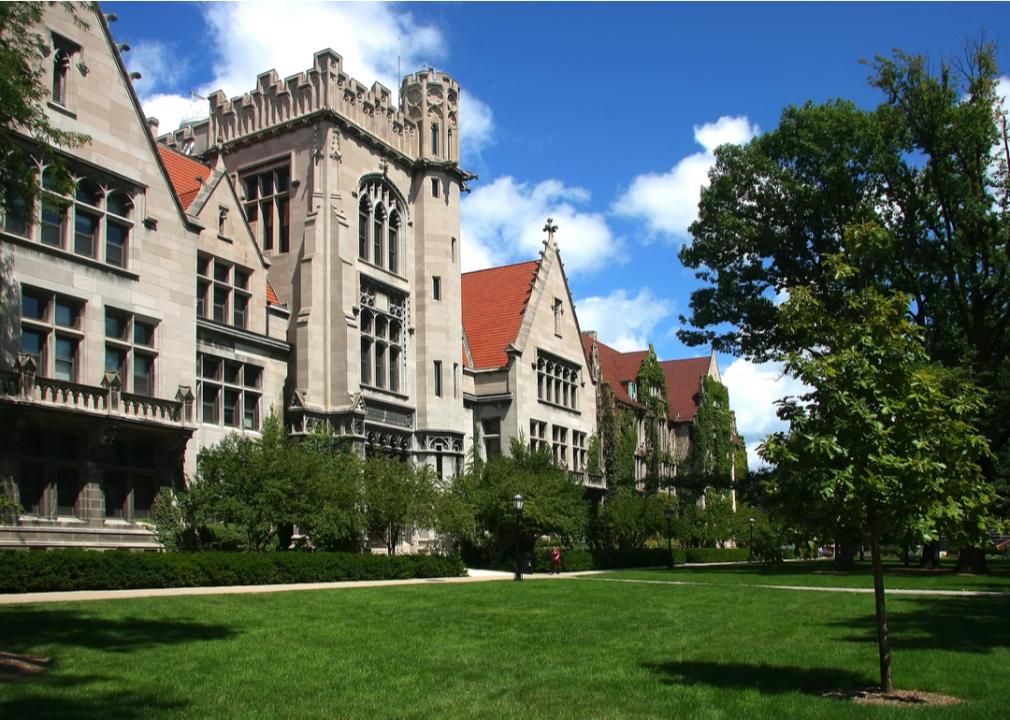 The University of Chicago is a private research university located on Chicago’s South Side in the Hyde Park neighborhood. Admissions are need-blind, application fees are waived for families applying for financial aid, and need-based aid is offered in grants that do not have to be paid back so students graduate without debt. 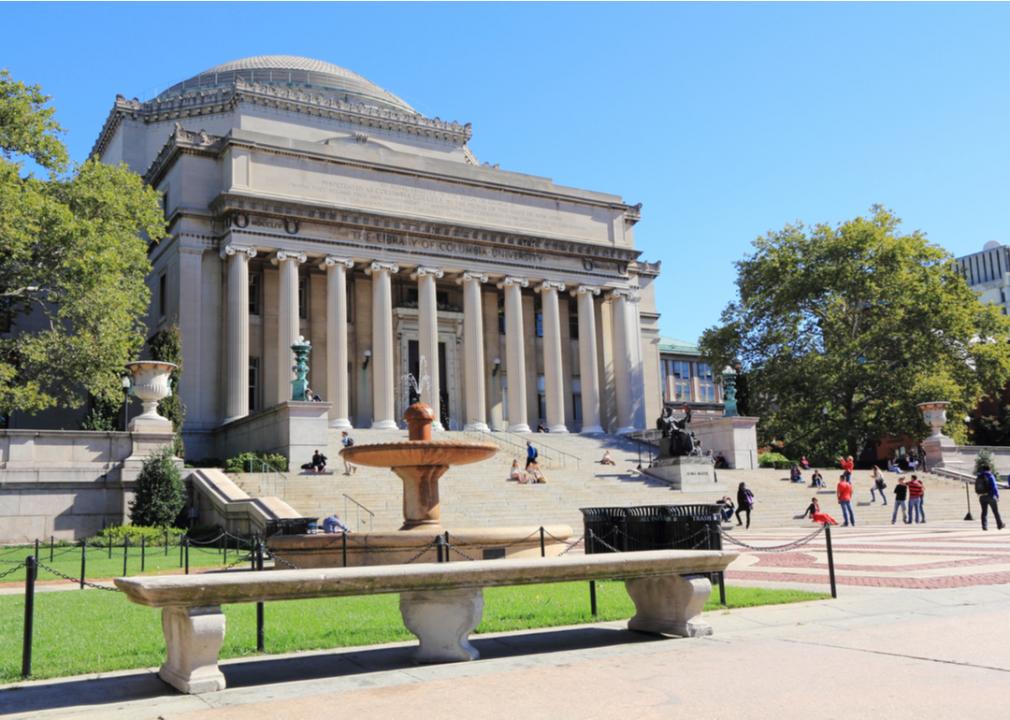 #1. Columbia University in the City of New York

Columbia University is the oldest higher education institution in New York, having been founded in 1754. All 50 states and 74 countries are represented in the class of 2023—over 95% of whom were in the top 10% of their graduating class.

Columbia ranks #2 in National Universities and #7 in Best Value Schools by U.S. News. The university’s admissions are need-blind and full demonstrated need is met for first-year students. Half of undergrads are students of color and among Ivy League schools, Columbia has the highest proportion of Pell grant recipients.