CLEMSON / Landscape Architecture / LARC 1160 / What are the reasons for studying the history of landscape arch?

Description: Origins Western Asia to the Muslim Conquest These notes contain all material covered in class and include ID slides with ID slide material that will be on exams and quizes.

What is Landscape Architecture?

-the art of the science of arranging land, together with the spaces and  objects upon it for safe, efficient, healthy, and pleasant human use

-seeks to restore balance between the natural and built environments

Why do we study the History of Landscape Arch?

1. It is difficult to create new art without looking at past experiences and  occurrences

3. To learn how different civilizations impacted and shaped the landscape

Which arts illustrate how people lived in the paleolithic age?

Don't forget about the age old question of Does a seller have a seller's surplus?

-despite the glacial ages, humans multiplied

-humans developed hunting skills and protection against the  elements

-humans migrated in search of food and spread to the greater part  of the globe, populating Africa and Asia

Who are the hazda people?

-due to limited technology, human shaping of the land was minimal -The Hadza People

We also discuss several other topics like What people of different ages do when faced with task or problem?

-evolution from hunting and gathering to agriculture

-first settlements were at fertile rivers

-Neolithic farm culture started in Mesopotamia and spread to the  Mediterranean

Don't forget about the age old question of Why aren’t electrons flying away?

-monuments that date to the Bronze age…

-multiple parallel lines of stones, believed to have  Don't forget about the age old question of Which functional groups are responsible for the processes of life?

-change from natural scenes to man made

-cut by the Celts in England, AD 100 We also discuss several other topics like What is provided by the doctrine of incorporation?

-created by cutting away turf

If you want to learn more check out How does erik erikson differ from sigmund freud when it comes to theories?

Western Asia to the Muslim Conquest

-evolution from hunter/gathering to agriculture probably began in  Mesopotamia

-here started one of the world’s first civilizations, Sumer

-social structure of Sumer arose from need to regulate irrigation -city states evolved, Babylon was established in 2250 BC

-in 1275 BC Babylon fell to the Assyrians

-in 606 BC, power was re-established under Nebuchadnezzar II

-Persian Empire became the greatest in the world

-the Ziggurat was built by the Sumerians

-it was believed to be a holy mountain, God lived at the summit -observatory for the stars

-walls were of baked brick around a core of mud brick

-walls were painted, lower stages black, upper were red, and the shrine itself  was covered in blue lazed tiles and topped with a gilded dome

-the legendary Tower of Babel was a Ziggurat form

The Hanging Gardens of Babylon 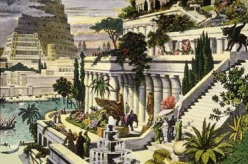 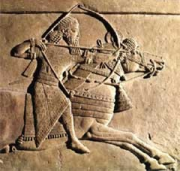 King Asherbanipal in his Garden

The City of Persepolis

-capital of the Persian Empire 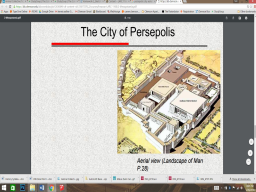 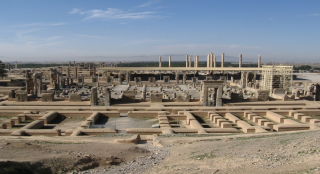 -garden design was dictated by irrigation

-it contained theoretically all the fruits of the earth

-this means that it simply had everything that you desired

garden with canals, flowers, and trees

- if you couldn’t go outside due to weather, the carpet created a garden like  atmosphere inside

How does value creation influence potential magnitude of the advantage?

How is anaerobic different from aerobic respiration?