KSU / Chemistry / CHEM 10060 / What are the five main points that make up dalton's atomic theory?

What are the five main points that make up dalton's atomic theory?

What are the five main points that make up dalton's atomic theory?

What are the 5 main points of dalton's atomic theory?

•All matter consists of indivisible atoms

• Atoms of one kind of element are identical in mass and  properties; atoms of different kinds of elements are  different

To explain his results Rutherford postulated

Most of the mass of the atom and all its positive charge  was located in a concentrated core, called the nucleus.  Most of the total volume of the atom is empty in which  electrons move around the positive core.

What limits the “boundary” of a molecule?

Model of the Atom

Since the times of Rutherford, many more subatomic  particles have been discovered.

However, for chemists three sub-atomic particles are all that  we need to focus on – ELECTRON, PROTON, NEUTRON.

Electrons are –1, protons +1 and neutrons are neutral.

Atoms have an equal number of electrons and protons they  are electrically neutral.

Protons and neutrons make up the heavy, positive core, the NUCLEUS which  occupies a small volume of the atom. We also discuss several other topics like When does learning confer a fitness advantage? 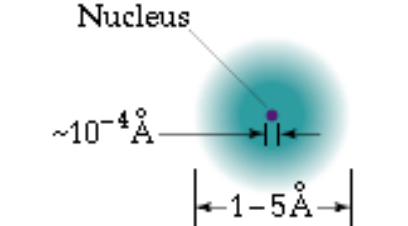 Atoms of the SAME element can have different number of  NEUTRONS.

These atoms of the SAME elements but with different  number of neutrons are called ISOTOPES.

Hence isotopes of the same elements have the same  number of protons and electrons, but different number of  neutrons and hence different masses.

The superscript, which is the sum of the number of  protons and neutrons, is called the MASS NUMBER (A). We also discuss several other topics like What happened during the tokugawa period?

The subscript indicates the number of protons and is called  the ATOMIC NUMBER (Z) .

How many protons, neutrons, and electrons are there in

Because the abundance of the isotopes of different  elements are essentially constant, we can define an  AVERAGE RELATIVE ATOMIC mass

What limits the “boundary” of a molecule?

Interactions between charged elements (IONS) result in a different kind of chemical bond,  called an IONIC BOND Don't forget about the age old question of What is the function of the interneurons?

Determination of the relative amounts of the elements in a  compound

For example, the molecular formula of hydrogen peroxide is  H2O2; its empirical formula is HO.

The empirical and the chemical formula can be the same, for  example, H2O.

Problem If you want to learn more check out What are the main sources of heat?

An oxide of nitrogen is analyzed and found to contain 25.9%  N and 74.1% O. What is the empirical formula of the  compound?

Must be whole numbers – N2O5

The empirical formula tells you the simplest ratio of the  individual elements in the compound.

For an ionic compound this information is enough.

For a molecular compound this may not be enough since the  empirical formula may not be the molecular formula.

Knowledge of the MOLAR MASS of the compound and its  empirical formula, allows the molecular formula to be  determined.

Mass has not been conserved - equation is not BALANCED

Need to make sure that the number of atoms of a given element is the same on either side.

H is balanced, but O is not.

To balance O, multiply H2O by 2

Reactants are consumed and products are formed in  definite proportions.

The calculation of the quantities of reactants and products  is called STOICHIOMETRY.

Stoichiometry is the use of chemical equations to calculate  quantities of substances that take part in chemical  reactions.

To do a stoichiometric calculation, the chemical equation  for the calculation must be balanced.

Equations are read in terms of moles of reactants and  product

Need a balanced equation for this reaction

To find the mass of water formed, need to find the number of moles of H2that reacted:

Hence, the mass of H2O(g) formed

First write a balanced equation for the reaction:

Hence 0.1 mole of CaCO3reacts with 0.2 moles of HCl.  Since the amount of HCl present is greater that 0.2, HCl is  in excess and CaCO3is the limiting reactant.

In the previous calculation 4.40 g is the amount of CO2 we  would expect to be formed

4.40 g CO2is the CALCULATED or the THEORETICAL  PRODUCT YIELD.

This assumes that the reaction goes to completion, and that  there are no competing factors that may reduce the amount  of CO2formed.

The measured amount of product formed is called the  ACTUAL YIELD which is often smaller than the theoretical  yield.

(other factors are also important: the nature of the by-products - are they environmentally  safe -, the cost of the starting materials, etc.)

The nature of the atoms determines the kind of bond.

COVALENT bonds result from a strong interaction between  NEUTRAL atoms

For example, consider a hydrogen molecule, H2. When the  two hydrogen, H, atoms are far apart from each other they  do not feel any interaction.

As they come closer each “feels” the presence of the other.

The electron on each H atom occupies a volume that covers  both H atoms and a COVALENT bond is formed.

Once the bond has been formed, the two electrons are  shared by BOTH H atoms.

An electron density plot for the H2 molecule shows that the  shared electrons occupy a volume equally distributed over  BOTH H atoms. 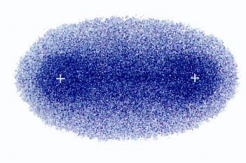 Electron Density for the H2 molecule

What factors determine if an atom forms a covalent or ionic  bond with another atom?

The number of electrons in an atom, particularly the number  of the electrons furthest away from the nucleus determines  the atom’s reactivity and hence its tendency to form covalent  or ionic bonds.

These outermost electrons are the one’s that are more likely  to “feel” the presence of other atoms and hence the one’s  involved in bonding i.e. in reactions.

Chemistry of an element depends almost entirely on the  number of electrons, and hence its atomic number. 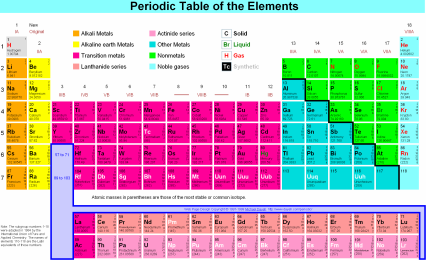 Elements in a group have similar chemical and physical  properties. 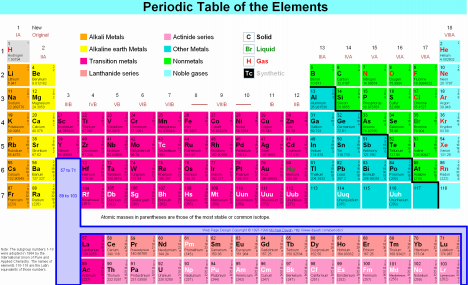 The total number of electrons within a group is different,  increasing in number down a group

However, the number of electrons furthest away from the  nucleus, called the OUTER or VALENCE electrons is the  same for all elements in a group. 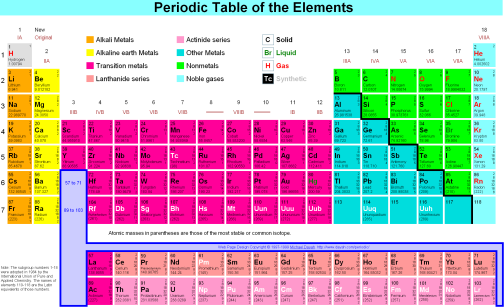 Groups are referred to by names, which often derive from  their properties

The elements in the middle block are called TRANSITION  ELEMENTS

ELECTRONEGATIVITY measures the tendency of one atom to  attract electrons from another atom to which it is bonded.

Metallic elements are hence referred to as being more  ELECTROPOSITIVE that non-metals.

Based on the position of elements in the periodic table, we  can determine the kind of bond formed

Ionic compounds are generally high-melting solids that are  good conductors of heat and electricity in the molten state.

The chemical formula represents the composition of each  molecule.

In writing the chemical formula, in almost all cases the  element farthest to the left of the periodic table is written  first.

So for example the chemical formula of a compound that  contains one sulfur atom and six fluorine atoms is SF6.

If the two elements are in the same period, the symbol of the  element of that is lower in the group (i.e. heavier) is written  first e.g. IF3.

In naming covalent compounds, the name of the first element  in the formula is unchanged.

The suffix “-ide” is added to the second element.

When the battery is turned on the Na+ions flow toward the negative plate (anode) and  the Cl ions to the positive plate (cathode).

The flow of ions constitutes a current. The circuit is now  complete, current flows through the circuit, and the bulb  turns on.

NaCl is called an electrolyte.

Electrolyte : a compound which when dissolved in a solvent  dissociates to form ions in solution.

Typically electrolytes are ionic compounds since they  dissolve in solution to form ions.

Some covalent compounds (like acids and bases) can  dissociate in solution to form ions.

Electrolytes are characterized as being strong or weak.

The strength of an electrolyte depends on the degree to  which the compound dissociates in water to form ions.

Hence ionic compounds like NaCl and K2SO4 which  dissociate completely in water are strong electrolytes.

Weak electrolytes do not dissociate extensively in water consequently the conductance of a solution of a weak  electrolyte in low.

Non-electrolytes do not dissociate in solution to form ions  and hence their solutions do not conduct electricity.

What are odors and flavors?

Why does defining the population matter?