Description: These notes include power point lectures as well as a summary of the power points that were posted online. Weeks 10 - 15 material is summarized.

∙ Feed on pathogens and pests

∙ Vital compounds of food web of which all life depends, including plants

What is the importance of Mendel and genetics?

∙ Ten to a thousand grams of nematodes per soil

∙ Mainly in the surface soil

∙ The microbial biomass retains nutrients in labile, but organic form. They are the agents of  decomposition

∙ Nutrients should be in available forms, but retained, and there should be enough, but not  excessive nutrients

What are the three free-living

Experiment hypothesis: a combination of winter legume cover crops and summer legume intercrops  (planted along with winter corn) would supply all or part of the N needs of a growing corn crop

∙ Australian winter peas would be planted each fall

∙ Corn was planted in May along with intercropped cowpeas

∙ Cover crops and intercrops would decompose and when they did, they would contribute  mineralized N to the soil, which would support corn growth

∙ Cover cropped winter peas Don't forget about the age old question of ∙ Why are other countries more interested?

∙ Applied N is about 40% of the corn grower’s budget

∙ Principles of heredity and genetics were discovered 145 years ago, by Gregor Mendel; an  Austrian monk We also discuss several other topics like socialized power occurs when power is directed at helping oneself as a way of achieving one's own selfish ends.
Don't forget about the age old question of this system of government gives all key powers to the national government

∙ The importance of discovery not realized until the twentieth century

Structure of a pea flower 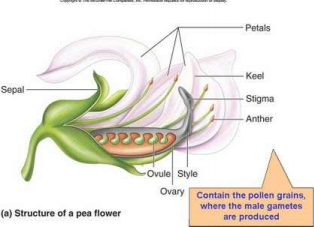 The anther contains the pollen grains, where the male gametes are produced

Formation of a pea flower

∙ Each microscope develops into a pollen grain 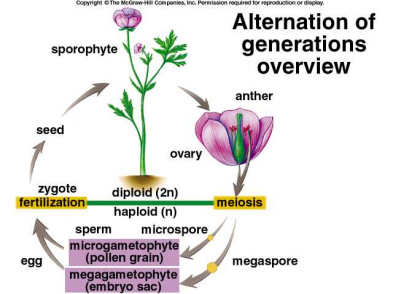 Don't forget about the age old question of biology 1107 uconn

∙ Hybrid: when a progeny results from crossing different parents

o Color trait was not produced of the environment, but of heredity, since both green and  yellow seeded plants’ environments were identical

∙ How can color trait passed from parent to progeny

∙ Mendel referred to this control as “heredity factor” (genes)

∙ Meiosis diagram, chromosome pair (one in both the egg and the sperm) goes through meiosis ∙ YY and yy = all Yy (all yellow)

∙ Yy and YY = all yellow

∙ What is the color of the F1? Yellow

∙ Don’t the yellow and green colors blend? No

∙ Reason? Yellow is a dominant trait and green is a recessive trait

o F1 hybrids were all yellow

∙ Year 2: The F1 hybrids (all yellow) were crossed:

∙ By observing the phenotypic color ratios of this cross and others, Mendel was able to deduce  the nature of inheritance

Crop Pests and their Control

∙ Pests (weeds, insects, and pathogens) have posed a serious threat to crop production since the  beginnings of recorded history

∙ A weed is simply a plant growing where it is unwanted

∙ Example: Downy brome grass in the Pacific NW is considered a weed by wheat growers.  Livestock producers in the same are consider it a valuable forage

∙ What is the relationship between weed density and crop yield and profitability? o Competition between sugar beets and Kochia

o Allelopathy is the chemical interaction of plants

o One plant species (e.g., foxtail) secretes a chemical substance into the soil that retards  the growth of another species (corn)

o Other problems with weeds

▪ Serves as host or refuge for crop diseases and insects

▪ Seed of many species remain viable for decades

▪ In one experiment, seed from 36 species viable after 38 years

o Can be as many as eight generation of boll weevils during one growing season  o Losses to crops: in excess of $100 million

o Injects toxins in to plants

∙ Stored grain insects: as much as 50% of harvested crop has been lost due to insects in the  tropics

∙ Some plants have a natural genetic resistance to pests

o Chemical or anatomical characteristics that limit the ability of pests to fed or lay eggs on  plant, eg smooth leaf cotton causes cotton bullworm to lay eggs less successfully  because they can be dislodged by wind

o Some plants have the ability to withstand attack of insects and pathogens or  compeittion from weeds without high yield loss, eg corn can replace roots damaged by  rootworms

▪ Tillage is the mechanical stirring of the soil

▪ Tillage of the soil can disrupt insect life cycles, eg grasshopper egg pods exposed  to air cause them to dry out

o Dates can be adjusted to avoid expected pest problems

▪ Fungicides for control of fungal pathogens

▪ Nematicides for control of nematodes

▪ Miticides for control of mites

∙ Selectivity is the ability of a pesticide to kill one species while leaving other species unharmed  o Not all insects are harmful, eg pollinating bees

▪ These can be exploited for control purposes

weeds out of broadleaf crops

o Refers to the behavior of a pesticide

▪ Commonly absorbed by roots and leaves

o Control of a pest by its natural enemies

Row weed cultivating to control weeds in the middle.

∙ Smaller seed need to be planted at shallower depth

∙ If you wait until later, like May, the yield gets lower and lower