Description: Based off of David's study guide posted on Blackboard. I answered the questions with my notes from Chapters 1-3

1) Describe major milestones in the history of testing.

­ Francis Galton: Sets up an anthropometric lab at the International Exposition of 1884 ­ First intelligence test: Binet­Simon Scale of 1905

­ Same instructions and format for ALL children

How scatterplots are used to describe the relationships between two variables?

­ Designed to screen out soldiers unfit for duty

How tests can be developed that produce both norm­referenced and criterion­referenced interpretations?

­ test­ device or procedure in which a sample of an individual’s behavior is obtained, evaluated, and scored using standardized procedures Don't forget about the age old question of What do you call the limited nature of resources?

3) Describe and give examples of different types of tests.

which they have received instruction

­ Designed to measure the cognitive skills, abilities, and knowledge that an individual has accumulated as the result of overall life experiences

­ Objective tests­ less disagreement in how it is graded

­ Speed tests­ performance only reflects differences in the speed of

­ Typical response tests We also discuss several other topics like What is the standard deviation of x?

4) Describe and give examples of different types of score interpretations.

­ Norm­referenced scores: Interpretation is relative to other people

­ I.e. Percent correct on an exam

­ There are different ways to measure a construct

­ All procedures have strengths and weaknesses

­ Performance on tests can be generalized

­ Assessments can be fair

­ Assessments can benefit individuals and society

6) Describe and explain the major applications of psychological assessments. ­ diagnosis

7) Explain why psychologists use tests?

­ people are not good at judging others

­ People who use tests

1) Describe how linear regression is used to predict performance.

2) Describe the different scales of measurement and give examples

­ Ordinal Scales​­ there’s a clear order, but the magnitude makes no sense ­ i.e. rank according to height, age classification

­ Interval Scales​­ rank ppl or objects like an ordinal scale, but on a scale with equal units (i.e. IQ, temperature, percentile rank)

­ i.e. weight in pounds, height of buildings in city, distance from one city to another, percentage score

3) Describe the measures of central tendency and their appropriate use.

­ essential when calculating many useful stats

­ Median​­ point that divides the distribution in half

4) Describe the measures of variability and their appropriate use. 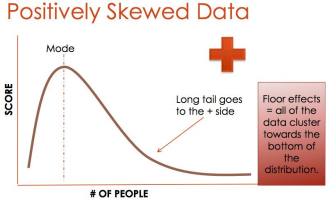 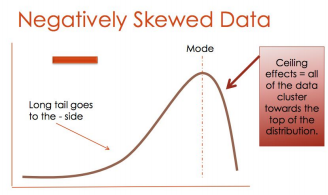 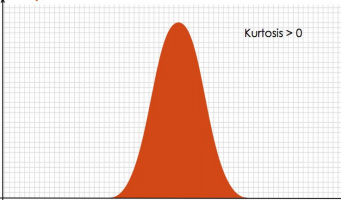 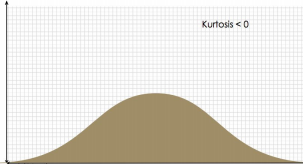 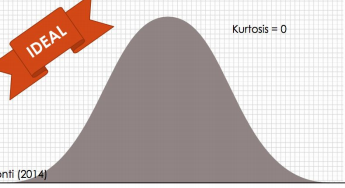 ­ indicates the direction of the relationship

­ indicates strength of the relationship

7) Explain how scatterplots are used to describe the relationships between two variables. ­ 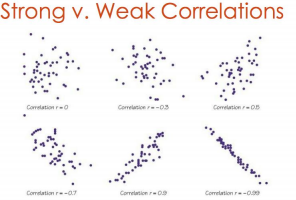 ­ when variables are on an interval or ratio scale

­ when variables are on an ordinal scale

­ one variable dichotomous; one on an interval or ratio scale

9) Distinguish between correlation and causation.

Correlation DOES NOT MEAN causation

­ to give raw scores more meaning, we need to transform them (i.e. scaled; derived; standard) scores

­ most of tests psychologists use are norm­referenced

­ compared to an absolute standard

­ adequate size (bigger the sample, the better the applicability)

4) Describe the normal curve and explain its importance in interpreting test scores. 5) Describe the major types of standard scores.

­ percentile rank­ reflects the percentage of people scoring below a given point 9) Define grade (and age) equivalents and explain their limitations.

­ grade equivalents­ based on percentile ranks

­ i.e. assigned an “A” to reflect superior work

11) Explain how tests can be developed that produce both norm­referenced and criterion­referenced interpretations.

­ “For example, it would be possible to interpret a student’s test performance as ‘by correctly answering 75% of the multiplication problems (criterion), the student scored better than 60% of the students in the class (norm).’”

12) Describe Item Response Theory and the properties of IRT or Rasch­type scores. ­ IRT scores are similar to traditional raw scores

­ they can be transformed to norm­ or criterion­referenced scores

­ but­ they are interval level scores, and they have stable standard deviations across age groups

13) Give an example of a qualitative score description and explain its purpose. ­ Qualitative Descriptions of test scores

How a site is formed through behavioral processes, transformational processes?

What is the key difference between mitosis and meiosis?