DREXEL / Biology / BIOL 311 / What is the synthesis of glucose from non­carbohydrate precursors?

Description: Overview of the main points for the Final exam and important figures to memorize

I was sick all last week and these notes were exactly what I needed to get caught up. Cheers!

∙ The synthesis of glucose from non­carbohydrate precursors

∙ Glucose stores are depleted during periods of starvation or fasting beyond a day ∙ Brain relies on glucose as source of energy, glucose must be synthesized from  molecules other than carbohydrates

What is the precursor for glycogen synthesis?

∙ Any molecule that can be converted to pyruvate is considered glucogenic o Lactate and Glycerol are glucogenic  We also discuss several other topics like Who is the founder of liberalism?

o The enzymes of glycolysis:

o The enzymes of gluconeogenesis:

What are the antioxidant enzymes?

∙  metabolically irreversible, uses  biotin as a cofactor, allosterically  activated by acetyl­CoA, anaplerotic  for the TCA cycle (replemishes  OAA), takes place in mitochondria o Phosphoenolpyruvate  If you want to learn more check out What is the purpose of offering an argument?

∙ Pyruvate is carboxylated in the mitochondria by pyruvate  carboxylase

∙ Oxaloacetate cant pass out of the mitochondria ( no transporter  exists), so it is converted to malate which is then converted to  OAA in cytosol

∙ Glucose 6- Phosphatase: If you want to learn more check out What do places mean?

Don't forget about the age old question of How physical impossibility is used to critique pseudoscience?

o Glucose 6 phosphatase is present only in tissues

Glycolysis and gluconeogenesis are reciprocally regulated in the liver  ∙ This prevents both pathways form operating at the same time Don't forget about the age old question of What is the meaning of duration in music? 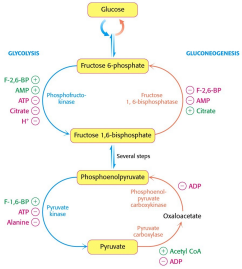 charge is high and

Substrate (“futile”) cycles and Reciprocal regulation of  glycolysis and gluconeogenesis in the liver: PFK-2, FBPase-2  If you want to learn more check out How is ageism a form of discrimination and prejudice that has negative impacts on all members of society? 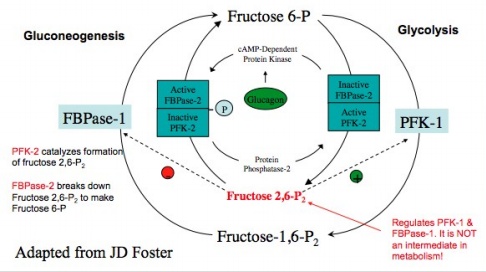 ∙ Glucagon: through the activation of PKA, phosphorylate

dephosphorylation of fructose 2,6 phosphate to

The Cori Cycle: Interaction of glycolysis and gluconeogenesis 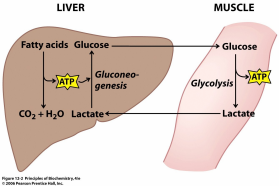 Placement of the liver in the circulation :

∙ First pass at removing nutrients absorbed from the  intestine

o Important products are as follows:

∙ Not in brain and muscle

 Enzymes of pathway are cytosolic 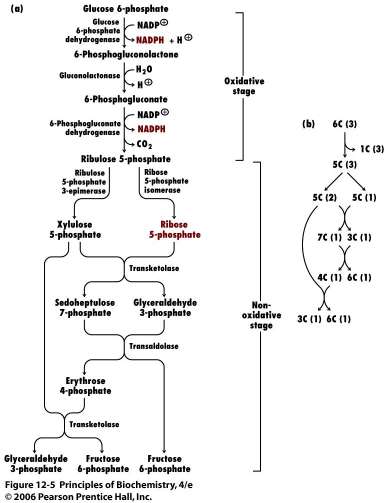 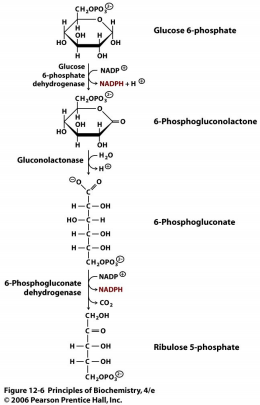 Role of NADPH in RBC:

o They catalyze the exchange of 2 or 3 carbon

o For both enzymes, one substrate is an aldose,

one substrate is a ketose 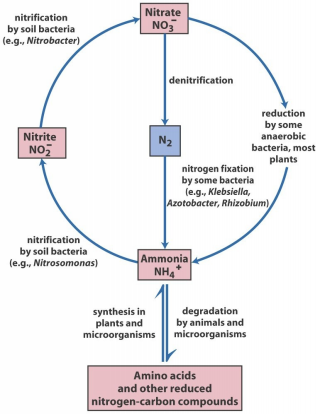 ∙ Performed only by certain prokaryotes 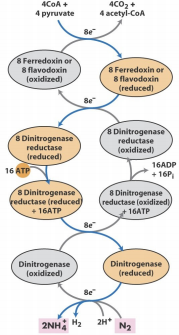 electron at a time with

of NH4 into glutamate

Regulation occurs in at least 2 ways:

inhibitors of enzyme. All 8 molecules needed to

levels according to immediate metabolism

∙ by Adenylyltransferase (AT) 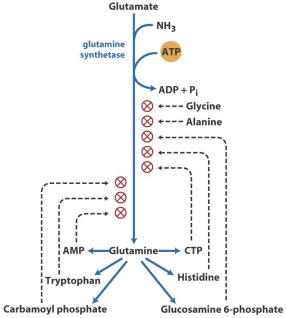 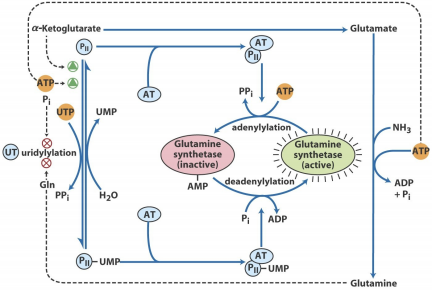 ∙ biosynthesis for proline and arginine

∙ Biosynthesis of cysteine from serine in bacteria and  plants

 APS and PAPS are the sulfur sources

biosynthesis in bacteria, fungi, and plants- derived carbon  from PEP and carbon from erythrose 4-P

 Biosynthesis of Tryptophan from chorismate in

 Biosynthesis of Phenylalanine and Tyrosine from

from Phenylalanine via hydroxylation

∙   Biosynthesis of histidine in bacteria and plants derived from  PRPP, ATP, glutamine, and glutamate

∙ MAJOR POINT: this type of regulation prevents one end product  from shutting down key steps in a pathway when other products  are required

∙ Most affected people are heterozygotes (usually asymptomatic)  ∙ “acute intermittent porphyria”: build up of d-aminolevulinate and porphobilinogen can result in abdominal pain and neurological  dysfunction

∙ In humans, typically half of stored creatine originates from food  ( mainly from meat and fish)

∙ Made from arginine and glycine

-Polyamines, DNA packaging ( like histones ) come from  ornithine and methionine

o Arginine is the precursor

What happens to amino acids once cleaved from larger  proteins?

∙ In many aminotransferase reactions, a

ketoglutarate is the amino group acceptor

∙ All amino transferases have pyridoxal

phosphate (PLP) as a cofactor

∙ Fate of rest of carbon skeleton of AA:

 Most cases: amino group transferred to a

o Pyruvate produced by deamination of alanine (liver) is  converted to glucose (transported back to muscle):

∙ Depending on the organism, NH4+ is excreted in different forms  o Most terrestrial organisms ammonia is converted to urea  and excreted: Urea Cycle

∙ The “Krebs Bicycle” “ links between urea and TCA cycle

Biosynthesis and degradation of nucleotides:

 Recycling of free base and nucleosides produced

∙     origins of components of ring structure of purines

Biosynthesis of AMP & GMP: IMP is an important precursor ∙   AMP& GMP are parent compounds of ATP and GTP  ∙   Energy and NH3 group source from ATP and Gln

Regulation of adenine and guanine nucleotide biosynthesis in  Ecoli.

substrate/intermediates diffusion- multiple steps carried out by  the same enzyme

∙ another example of feedback inhibition

o When ATP or dATP is bound: favors reduction of UDP &  CDP

o When dTTP or dGTP is bound: favors reduction of GDP or ADP, respectively

∙ Thymidylate is derived from dCDP and dUMP

∙ Free purines are salvaged and reused to make NTs: one of the  major pathways…

∙ A similar pathway exists for pyrimidines in bacteria and, possibly, mammals

What were the weaknesses of the mughal empire?

Why did romulus kill remus?