UCD / Animal Science / ANSC 002 / What are hormones in female reproduction?

Description: These notes cover everything taught in Week 3's three lectures, including diagrams and charts from the lecture powerpoints

○ Uterus: -pregnant or​-prostaglandin → CL regresses → NOT pregnant ○ Cells that were producing estrogen switch to produce progesterone ○ Humans can use hormones to control the cycling of animals

What is the meaning of the ovary?

● Embryo releases a “signal” to let mom know they’re there

○ Pigs have minimum 3 embryo - any less the signal isn’t “strong enough” ○ Signal → maintain CL → production of progesterone → keep pregnantIf you want to learn more check out What is alcohol use in american culture? 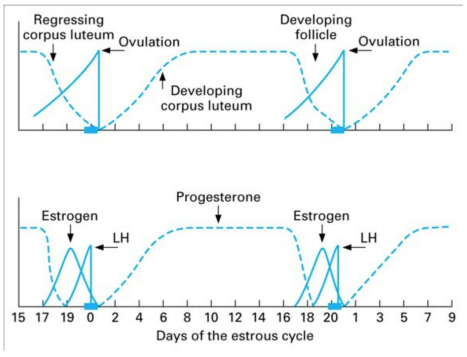 What is the meaning of progesterone?

○ FSH = always “wandering” in the background (levels not cyclical) ○ Progesterone: We also discuss several other topics like Is the power series infinite?

○ Estrogen: We also discuss several other topics like How many electrons are transferred in redox reaction?

○ Feedback is negative or positive depending on time 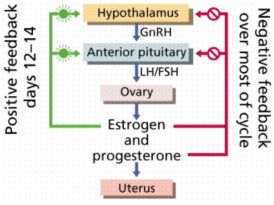 Don't forget about the age old question of Does whistleblowing need justification?

○ “Triggered” by release of cortisol from fetus

○ Uterus releases prostaglandins which cause regression of CL

○ Progesterone inhibits the contractions of uterus If you want to learn more check out What is a population in statistics?

■ Makes other systems “forget” about pregnancy

○ Follicle labeled in order of “readiness” to release egg

○ Looks different because they ovulate once a day

○ Egg has to carry all nutrients for embryo development 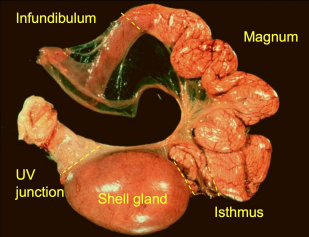 Don't forget about the age old question of What does second-degree murder mean? 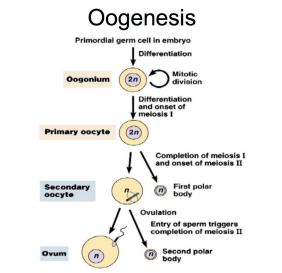 ■ Essentially stops at metaphase 1 of meiosis

● Allows for cell to be big and retain almost all cellulose and nutrients, DNA is all that’s wasted

● Embryo stage = ​no longer reliant on maternal RNA, produce own

○ From conception to death:

○ Embryonic: from fertilization until all essential organs are formed ○ Fetal: end of embryonic stage until parturition 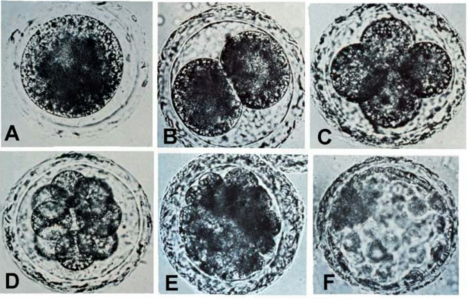 ○ Blastocyst: a hollow sphere of cells composed of two cell layers (the trophoblast) with a clump of cells inside (the ICM or inner cell mass) ○ Blastocoele: fluid filled interior of blastocyst

● In ruminants, embryo turns into a worm-like thing

■ Allantois = outgrowth of bladder for nutrient/waste exchange, respiration, and storage of urine

■ Not Pregnant: CL regresses at end of cycle

● Due to endometrial secreting PGF

■ Controversy: may pass on infertility if genetic

○ Estrous Synchronization: (so all can be inseminated at once) ■ Ruminants:

■ Artificially induced ovulation of more oocytes than normal for species

● 8-10 injections of FSH at half-day intervals

down time frame by hours

■ Matured and fertilized in vitro

What are the four theories of the order of the stages of emotion?

How do you compare two means?