Description: all the key terms are listed here. good luck on the final! :) 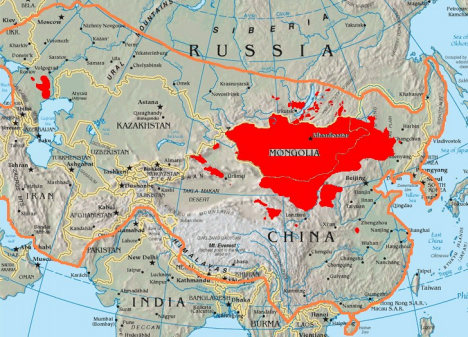 a. Indian ruler from 606-647 who forged most of northern india into an

empire, and became a devout Buddhist.

a. Seventeen century Chinese monk who made famous trip to India to

a. It was a large Buddhist monastery in the kingdom of Magadha. The  complex vedic1 teachings inspired the construction of the university.  The great traveler monk xuanzang wrote about his experience during

What happened in the battle of tours?

a. Founder of the ghaznavid empire in what is now Afghanistan. First ruler

to be named “sultan”

a. Only female ruler of the Delhi caliphate in India.

a. Indian movement that attempted to transcend the differences between

a. Mahayana Buddhist temple in the island of java, Indonesia. The temple contains hundreds of Buddha’s and is the largest of its kind on the  world.  Don't forget about the age old question of psy 107 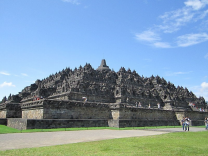 Who is ala ad-din muhammad ii?

a. first king of the franks and the founder of the Merovingian dynasty. He  united all the Frankish people under one ruler and change the kingship system  securing that his heirs would inhered the throne. His conversion to Christianity  attracted several other converters and secured Christianity in the region that today  is France.

10. battle of tours 732 We also discuss several other topics like 3 types of chemical bonds strongest to weakest

a. great battle between Charlemagne and Islamic forces in today’s France.  This battle marked the end of Islamic expansion in Europe from the Iberian  Peninsula. Some scholars agree that it preserved Christianity in Europe.

a. king of the franks and the holy roman emperor.

a. founder of the Abbasid dynasty. 749-754. His dynasty, the Abbasid empire, would rule over Eastern Islam for 500 years.  We also discuss several other topics like Where is the statue of emperor marcus aurelius located?

a. Charlemagne was crowned in 800 by Pope Leo III. The coronation was of  much debate since Charlemagne had to kneel to the pope to be crowned.  Charlemagne believing he was a bigger figure than the pope, felt disrespected and  never return to Rome (where he was given the crown)

a. group of peoples from Scandinavia. This people occupied what today is  Denmark, Sweden, Finland and Norway. At first peasants, they became more violent  as the Frankish started to expand their influence into Scandinavia and forcing  people to convert to Christianity. They were sea-riders and were known for their  violence.

a. lowest social class of feudal society. the serfdom were people who work for  their lords in exchange for protection, and a plot of land. The serfdom would work in the roads, lands and forest of their lords. Serf and manor was a system of slavery.

a. Italian monk who founded the Benedictine order. Holy patron of students  and Europe in general.  If you want to learn more check out schmitter and karl what democracy is and is not

17. William of rubruck  Don't forget about the age old question of in a composition describes an attention grabbing aspect

a. Franciscan missionary and explorer. Rubruck was send on a mission to  convert the Mongols to Christianity. The mongols did not convert but he was treated courteously and he wrote the most extensive account of Karakorum (the capital city  of the mongoliam empire) that we have today. He formed part of the court of  mongke khan for some time.  If you want to learn more check out polynomial long division problem type 2

a. Mongol conqueror who later took the name “chinggis khan” universal ruler.  He was the founder of the Mongolian empire.

a. Shah of the Khwarezmian Empire. he incited the Mongol invasion of his kingdom which  resulted in its destruction.

a. third son of temujin and also Khan of the mongols. Under his rule the mongol empire greatly  expanded. It is argue that if it wasn’t for his death in 1241, the mongols would have conquered the rest of  Europe (they were already in Poland) he had given the order to expand the kingdom all the way to the  Atlantic ocean, however, his death withdrawal the mongols from Europe. After his death, the mongols did  not return to the border.

a. south­western most expansion of the Mongolian empire. the battle was fought in galilee and it was a decisive win for the Muslims. This was the first time a battle against the Mongols was won and it also  halted the mongol expansion in the middle east.

a. prominent mongol ruler in the 13th century and founder of the Yuan dynasty.

a. a Japanese term meaning “divine wind” that is related to the storms that destroyed Mongol  invasion fleets when they tried to invade the island of japan.

a. it describes the “relative” peace the Mongol conquest brought to the ancient world. is use often to  describe the eased communication and commerce that preceded the Mongols conquest.  25. Otto first of Saxony I

A. he was the first roman emperor since Charlemagne.   (Otto first statue below) 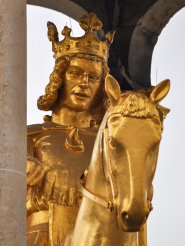 a. conflict between different forces regarding secular authority. The conflict,  between henry IV and pope Gregory VII dealt with the idea of appointing bishops.  The controversy led to 50 years of war.

a. a series of military expeditions by Christian powers between the eleventh  and thirteenth centuries to conquer the holy land in Palestine from Muslim powers.

a. predecessor to the first crusade. It was inspired by pope urban II and led by peter the hermit. The crusade composed of; peasants, woman and elders was a  military fiasco, two thirds of the army never return to Europe and they failed in their plan to conquer the holy land.

a. Alexios IV offered military and monetary aid to the crusaders in return for  their services to become the emperor of the byzantine empire. the crusaders were  departing for the holy land but the lack of resources and man power forced them to  stay in Constantinople. Soon after Alexious became emperor, he was overthrown  leaving the crusaders with no payment for their services. The crusaders sacked  Constantinople as a compensation for the money owed to them. Constantinople was destroyed and sack for invaluable amounts of goods. The forth crusade marked the  decline of Byzantium.

a. eight-through eleventh century empire in west Africa that grew wealthy  from the trans-Saharan trade.

a. Muslim geographer and historian who wrote several books about North  Africa, Europe, and the Arabian Peninsula. He wrote “book of highways and  kingdoms” which gives important information about the empire of Ghana and the  trans-Saharan trade.

a. founder of the Mali empire (1230-1255), also the inspiration for the  sundiata, an African literary and mythological work.

A. a member of a class of storytellers in west Africa who maintain a traditional oral history.

a. emperor of the kingdom of Mali in Africa who made a famous trip to Mecca.

a. east African city-state society that dominated the coast from Mogadishu to  Kilwa and was active in trade.

a. large sub-Saharan kingdom in the fifteenth century.

a. capital of ancient Ethiopian kingdom.

a. was a Venetian merchant believed to have journeyed across Asia at the  height of the Mongol Empire. Marco polo became popular with the publication of a  famous book about his travels in Asia “the travels of Marco polo”

a. a famous fourteenth century traveler and historian of Africa and Asia.  41. Zhu Yuanzhang

a. the first Ming emperor, who overthrew the Yuan dynasty in 1368. Later on  Zhu Yuanzhang would change his name to “emperor Hongwu”

a. Chinese Ming emperor (1403-1424) who pushed for foreign exploration  and promoted cultural achievement as the yongle encyclopedia (the most extensive encyclopedia ever made until the 21st century)

a. Chinese eunuch mariner who commanded the famous seven voyages from  1405 to 1433.