Description: This study guide covers all the material that will be on the first midterm. Please email me with any questions! cjl10562@uga.edu.

Psychology as a Science

Psychology involves the study of mental activity and behavior while

Psychological Science is the study, through research, of mind, brain, and  behavior.

>Critical Thinking involves looking for holes in evidence using logic and  reasoning the determine whether the information makes sense, and  considering alternative explanations.

>Thoughts and feelings are responsible for how we act

>Psychology is an observable science. We can’t see someone thinking  however we can get a look at their mental behavior by observing their  actions, emotions, etc.

A. Basic research finds out how the mind works, but just for the sake of  finding out. Application of research improves lives and benefits  science.

what is Industrial Organizational Psychology?

I. What is the difference between a clinical psychologist and a  psychiatrist?

school and has the

the mind and behavior 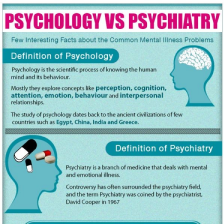 Who is Sigmund Freud?

Don't forget about the age old question of pol 101 purdue

II. Social psychology: the branch of psychology that deals with  social interactions. It is the ways in which a person’s behavior  can be affected by the presence of others.

i. Ex: wearing a blue shirt to school because the “popular”  kids wear blue shirts a lot, tying the color to the impression of being “cool”.

III. Developmental psychology: how we change psychologically  over time. A more concrete definition of developmental

psychology is: “the scientific study of how and why human  beings develop over the course of their life.”

IV. Psychometricians are actually pretty cool. They deal with a  develop psychological tests.

i. Here you will find a list of common psychological tests  measuring everything from quality of life to memory

V. Industrial Organizational Psychology is the study of human  behavior in work settings and the application of psychological  principles to change work behavior.  Don't forget about the age old question of producer theory

VI. School or Educational Psychologists are typically school  guidance counselors who work with students on study

i. The branch of psychology concerned with the scientific  study of human learning.

cramps and Don't forget about the age old question of ○ why are we talking? 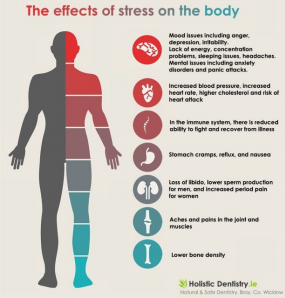 a. Certain hereditary genes can make some individuals predisposed to certain types of behavior.

a. Differences in culture (Americans and Russians act differently,  concept of “personal space”), and nature versus nurture.

Scientific attitude: a scientific way of thinking about the world.  I. This requires skepticism and critical thinking

a. What is the evidence?

b. What else could explain it?

c. Ex: Pheromone perfume. A pheromone is a chemical substance  released into the environment by an animal that affects the  behavior of others of its species.

i. How does this relate to critical thinking? Does every girl in  x residence hall really experience their menstrual period at the same or is it just because of pheromones?  We also discuss several other topics like law 323 class notes

a. When we see attractive people we automatically assume they’re  intelligent but this is not always the case. Thinking objectively is  to be aware of and compensate for bias.

I. Involves observations, theories and hypothesis

a. Observations: watching physical behavior or actions closely in  order to gain information

b. Theories: statements that explain observations. Scientific  theories must be testable, but not all theories are scientific.  Theories are tested by experiments. If you want to learn more check out what tissue covers organisms and lines canals?

i. Some of the best theories in science are the ones that have yet to be proven false

c. Hypothesis: gives a specific prediction about what should be  observed based on some theory (an educated guess on how  something works).

a. Theories produce 2 types of hypothesizes: what should and  should not happen

b. About eliminating wrong theories rather than proving them  wrong

i. However, are theories even “provable”? 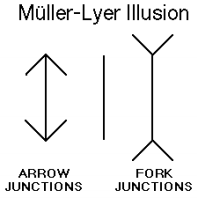 lines, all of the same

are added, the lines

Biases – we see what we expect to see

I. Confirmation Bias: the tendency to interpret new evidence as  confirmation of one’s existing beliefs

II. Placebo Effect: a passive and beneficial effect that can’t be attributed  to the product of the placebo itself but due to the patient’s belief in the treatment.

a. They happen regardless of what you do.

III. Self-fulfilling prophecies: you expect something to be true. Because of  this, you change your behavior to make sure whatever it is happens.  a. Experimenter bias: when experimenter expectancies regarding  study results bias the research outcome.

IV. Availability or vividness bias: our thinking is strongly influenced by  what is personally most relevant, recent or dramatic.

a. We can remember pain, fear, happiness, and other emotions that strongly influence our thinking.

a. Case study: a set of observations in psychology all based on one  person.

c. Naturalistic observation: observe stuff as it happens naturally. If you  strictly observe and don’t alter anything, it is a naturalistic  observation.

Correlation: a statistical measurement that indicates the extent to which two  factors are predictively related

Causation: the extent to which two factors are causally related (i.e., does on  factor actually cause the occurrence of the other?

∙ Correlation and causation are related, but are not the same thing o Ex: watching violent TV shows and being a violent person o To determine whether violent TV causes people to behave  aggressively, we need to do a controlled experiment:

every week. They get in, on average, 6.7 fights per week.

But that doesn’t mean anything because it’s not being

compared to anything. If you take another group that

doesn’t watch any TV, who gets in, on average, 2.3 fights

per week, and compare their data to the group that

watches violent TV every day, correlation can be observed o We need two groups of people as alike as possible, except that  one group is exposed to violent TV and the other group is not   Control Group: no violent TV

o Measure any subsequent differences in probability or intensity of  violence

Freud’s view of the mind

o structuralism: divide the mind up into different parts

o functionalism: mind is divided up according to function

o preconscious: material just beneath the surface of awareness

o unconscious: difficult to retrieve material; well below the surface  of awareness

3 parts of the mind

∙ id: the part of your mind that wants things. It motivates you to get  food, sex, sleep, water, and other things necessary for survival. o Instinctive urges and desires

∙ ego: the part of your mind that has to deal with the real world. It has  urges and desires and is the part of the mind that sees things around  you, making it the “reality principle”.

o Delayed gratification: satisfies the id’s demands (postponing  primitive urges like sex to get a degree at UGA)

∙ superego: what distinguishes us from animals

o quells the id’s urges especially those that society forbids, such as sex and aggression

∙ Conflicts between the id and the superego lead to anxiety. The ego  then copes with anxiety through various defense mechanisms:  unconscious mental strategies that the mind uses to protect itself from distress.

∙ Some personality psychologists study how particular characteristics,  such as self-esteem or shyness, influence behavior

∙ Their interest is in how the particular characteristic influence behavior.  ∙ Each characteristic is a personality trait: a pattern of thought,  emotion and behavior that is relatively consistent over time and across situations.

∙ Personality is rooted in genetics

This study guide does not include notes from the final class meeting before  our exam on Wednesday. If you have downloaded this study guide, email me  at cjl10562@uga.edu and I will promptly email you Monday’s notes.