GWU / Anthropology / ANTH 1005 / What are our closest living relatives?

Description: These notes include lecture slide, helpful visual aids, and Professors notes directly from the day of each lecture!

Primates and the Human Body

*NOTE: Primates are our closest living relatives, Humans are primates, we lump in the GrePan species like Bonobos

Enormous variation in terms of mating rituals, tool use, and trying to understand the f

• Nails instead of claws

*NOTE: Safe to say that any kind of common human ancestor shared these traits

What are the main characteristics of primates?

Stereoscopic Vision-- results from the fact that our eyes are forward facing, we can see 3-depth perception

--Helps with feeding, BUT it makes us poor in dealing with predation, so social groups can predators (greater vigilance) 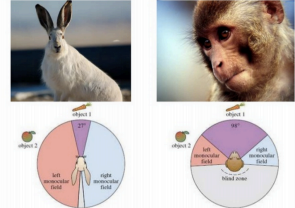 t Apes species, and the  ctors that drive that

images and we have  elp protect from 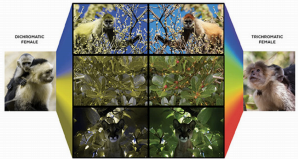 What is the meaning of stereoscopic vision?

We also discuss several other topics like How is mathematics shown in nature?

Trichromatic vision (def.) the ability to see a full range of color

--colors can indicate what is and is not safe to eat. You can use color to tell us rightness of

• Shorter snouts (in most species) 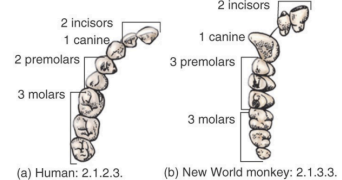 1. Tell us about the dietary tendencies of different species

2. Tell us something about the species

3.Don't forget about the age old question of Where is stratified squamous epithelium found in the body?

Hang around forever and they have enamel and they are very prevalent in the fossil rethan not, you are able to find teeth as opposed to a full skeleton

1. Tell us about the dietary tendencies of different species 2. Tell us something about the species

Hang around forever and they have enamel and they are very prevalent in the fossil rethan not, you are able to find teeth as opposed to a full skeleton

• Primates tend to live a long time given their body size

•Primates tend to have long in fancy and juvenile periods before they begin reproducing *Period of childhoods, reproduction, and gestation, reproductive period,

*NOTE: All species share linger lifespan and longer periods of development --takes longer to reproduce, and there are relative risks to having a long delay to reproductio--What are we doing for the 15 years that we don't reproduce? If you want to learn more check out What are passive leg exercises?

1. Humans have enormous brains per their body size 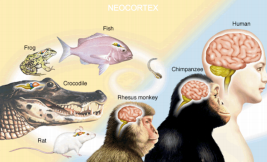 ord, and more likely  nDon't forget about the age old question of How have humans evolved as part of the natural world, how have environmental changes affected human development?

--Most primate species live in equatorial regions, but there is enormous variation in where

*NOTE: We care about the Pan s

apes because through phylogeny,

closest to humans compared to ot 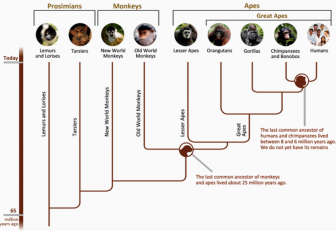 Don't forget about the age old question of How does the criminal justice system respond to crime?

appearance based on sex-- hdimorphism between males and bonobos, females are thsex, and they food share far chimps, and bonobos do notlethal warfare there are prosbehaviors

• In Chimps, there are infanti

Differences from Other Primates?

• Slower--puts us at risk of predation

Reduction in aggression in compared to Chimps

• Slower--puts us at risk of predation

• Less stable--because we only have 2 feet

• Back problems because of S-shaped spine Don't forget about the age old question of What does the thermodynamic variable mean?

Why Did Bipedalism evolve?

--What hypotheses are discussed in The Story of the Human Body?

1. Ecological adaptation geared towards getting food (move further distance for food) 2. Carrying tools/food--free hands to make tools--tech and material culture are important a. Dismissed this because: bipedalism was not a result of making tools or vice vers 3. Male Provisioning--sexual Division of labor suggest competition between males and a. Dismisses this because: there is still a lot of sexual dimorphism

A: Socioecology Theory: Ecological adaptation geared towards getting food (move ffood)--landscape of food patches that primates have to move across, but when you haand a change in landscape=changing resource distribution to get the food to meet their

• Sweat glands--dilute compared to other mammals

Allometry (def.) the growth of body parts at different rates, resulting in a change of body pr*NOTE: This will be an exam question--draw a diagram to exhibit understanding

rther distance for  e a change in climate  needs

*NOTE: This will be an exam question--draw a diagram to exhibit understanding 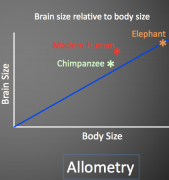 – Sagittal crest--occurs in carnivores, and attached to jaw bone

*NOTE: Each species does things differently than one another

--diversification of dietary strategies because of sparse environment 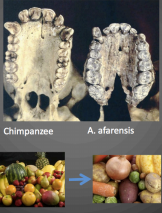 Niches(def.) ecological niche space that you use, so you could have had a different niche th

• Less (if any) browridge or prognathism

What about Neanderthals (Homo neanderthalensis)?

--brain is larger per body size when compared to humans

--had burials of indiv. with flowers, very sophisticated art and rituals

Hominin(def.) group of humans direct ancestors, particular those that are named Homo Hominid(def.) tax including the Great Apes

Hominin(def.) group of humans direct ancestors, particular those that are named Homo Hominid(def.) tax including the Great Apes 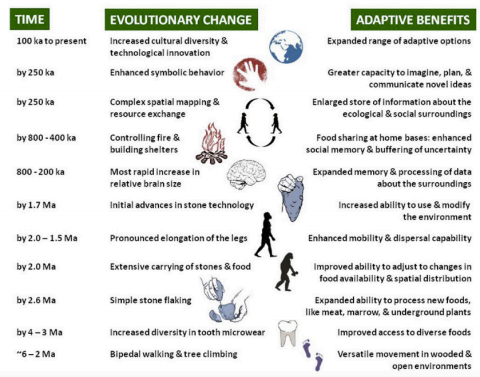 What aspect of dna structure allows it to carry the coded information?

What is the meaning of population ecology?