Description: This covers everything that was in lecture and text during the third week of class. I hope you enjoy. As always feel free to email me any questions.

■ We use pesticides to have less loss

■ Bugs/Pests that have the genes to resist, or withstand the poisons will survive

● Evolves them into eventually making the pesticide useless

■ Next generation of Pesticide comes out and then the cycle repeats

■ Many different treatments that no longer work Don't forget about the age old question of What is geocentric model?

● Multi­Drug­Resistant Tuberculosis is currently untreatable and will

What are the two recessive alleles?

We also discuss several other topics like Why is biodiversity important?

● Few strains that actually cure you

■ Causes severe problems in your guts

■ Currently able to control it

○ Antibiotic use has increased 36%

○ 80% of all U.S. antibiotic use is to increase the growth of farm animals ○ Long­Dreaded Superbug found in Human and Animals in China and the U.S. ■ Resistant to all of the current drugs If you want to learn more check out What is a fake treatment given to the control group to mimic the experience of the experimental group?

■ Generally regional in your body

○ Offspring acquire characteristics that their parents got during their lifetime

● Offspring Blend together the traits of their parents

● Gregor Mendel and His Peas

○ Growing peas in czechoslovakia for the monastery he lived in

○ Noticed patterns of inheritance in the peas that he grew

■ Flowers are either red or white

■ If parents are both red flower

■ If parents are both white flowers

■ If parents are red and white

○ Each has two Alleles

■ Alleles make up the two hidden traits that affect a

■ One from each parent 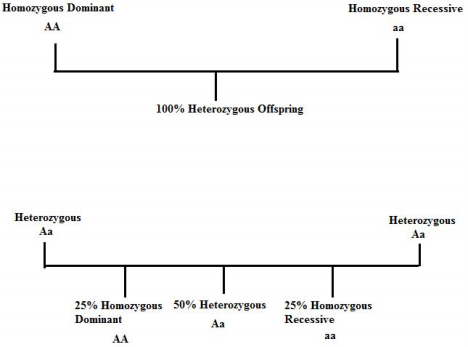 ■ One allele can 'mask' the other

● One Dominant and one Recessive allele

■ Two of the same

■ Two that are different

● The genes that are inside of you

● The traits that are visible

■ Can't carry as much oxygen

■ Recessive trait, when the person is Heterozygous they are resistant to many diseases, but when homozygous recessive they die very young

Transformation is initiated by the recipient. the donor is not involved because it is dead. this is often how bacteria acquire antibacterial resistance. why?

What are the some type of investigation?