ECU / Biology / BIOL 1050 / How is science different from other subjects?

How is science different from other subjects?

How is science different from other subjects?

Description: This study guides covers whats going to be on our exam!

How science is different from other subjects?

How is it different from other subjects?

∙ Because science uses to study things other subjects you study other stuff people  do. Science proposes experiments.

How to design an experiment

∙ Hypothesis (and null hypothesis use of no)­ proposed explanation on an  observation.

∙ Bias­ favorable or unfavorable. For or against idea

∙ placebo­ pill identical to pill that has effect but it does not have an effect ∙ Statistics – use it to determine how likely it is that certain results.  Pseudoscience­ Hypothesis and Theory not supported by trustworthy and methodical  scientific studies

In biology, what causes elements to bond?

Anecdotal evidence­ Is not a link between two things.

What causes elements to bond? To form new substance to be more stable.  Be sure that  you can draw an atom if given the atomic number!

How many types of diabetes are there?

We also discuss several other topics like Organisms made up of membrane-bound units are called what?

∙ Importance for life on earth.

Lipids: form and function (saturated fats are at room temperature such as butter and  cheese) vs. unsaturated (healthier but they are liquid are room temperature.  fatty acids, long term energylong hydrocarbon chain of carbon molecules. Head is  made of glycose and the ends is fatty acids.  Don't forget about the age old question of What was galileos's famous experiment?

Proteins: Form and function made up amino acids which are building blocks) 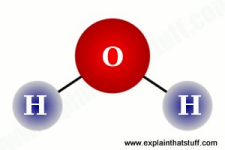 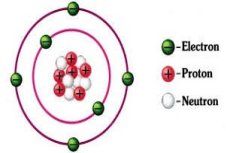 What is a molecular formula?

What is the purpose of social construction?