Course: History of Architecture I

Description: These notes cover all the topics mentioned on the study guide. However, it does not include all the pictures that were given, only a few were used.

 Eclectic: it is a term that defines the use and influence of multiple different  style elements throughout history in a single work.

 Balloon Frame: it is a method of wood construction popular in Chicago in the  19th century. Made out of small 2x4 nominal pieces of wood (2-story, 10~20  feet tall, nailed together and to the ground).

 Dead Load: it is the force applied to a structure that may cause stress and  deformations. It must be taken into consideration to secure the stability and  structural integrity. The dead load includes loads that remain constant over  time, such as the walls and roof, materials that are constructed in a  permanent position.

 Raft Foundation: a type of foundation that protects a structure from  liquefaction (when the soil loses strength due to an applied stress, such as  earthquakes). Necessary in the 19th century for the development of tall  building in Chicago. It has a volume that will equal the total weight of a  structure if filled with soil.

What is a cast iron?

 Arcade: a series of arches supported by columns or a covered walkway. The  walkway may be lined with stores.

 Greek Revival: an architectural movement of the late 18th and early 19th  century mostly in Northern Europe and the United States. The style was  seen as an expression of regional nationalism and social virtue, creating a  more orderly design.

 Cast Iron: it was a significant style in the Industrial Revolution when cast iron  was relatively cheap. It became the standard support structure in  greenhouses, such as the Crystal Palace built in the London 1851 World's  Fair.

 Bungalow: a type of building that usually has verandas and being low-rise.   Solar Heat Gain: it is an increase in temperature in a space or structure as a  result of solar radiation. Materials such as glass can create a solar gain.   Garden City: a method of urban planning initiated by Ebenezer Howard. They  were intended to be self contained communities surrounded by "greenbelts"  (an invisible line designating a border around an area in order to prevent  development in that area and allowing a natural environment), and  containing areas of residences, industry, and agriculture.

What is a paradigm?

 Aesthetic Fatigue: it is a paradoxical relationship between progress and  decline, how the desire to expand puts a strain on natural resources.   Paradigm: a set of concepts that contributes to a certain field.   Paradigm Shift: a fundamental change in basic concepts and practices.   Platform Frame: 1-story stud, because it is easier to find 8 foot long wood.  Houses are now made with this type of frame.

 Wind Load: the stress on a building caused by a difference in wind speed  and/or direction in short expanses in the atmosphere.

 Chicago School: a school for architects active in Chicago at the start of the  20th century. They were some of the first to promote steel-frame  construction in commercial buildings and developed a spatial aesthetic that  balanced the developments in European Modernism.  We also discuss several other topics like umass physics
If you want to learn more check out the talmud is quizlet

 Galleria (Italy): one of the world's oldest shopping malls with a four-story  double arcade in Milan. Built by Giuseppe Mengoni between 1865-1877. The  structure is made of 2 glass-vaulted arcades intersecting in an octagon. The  street is covered by and arching glass and cast iron roof.

 Mezzanine Floor: an intermediate floor in a building, though not technically  considered a floor, it is similar to a balcony. It is halfway above the floor in a  open space that has a ceiling twice as high as the floor below.

 Federal Style (US): commonly uses plain surfaces with fine details usually in  isolated panels and tablets. It was influenced by ancient Roman architecture.  The bald eagle was a common symbol in this style.  If you want to learn more check out math 135 umd

 Wrought Iron: it is an iron alloy that is strong and malleable; it is also  corrosion-resistant and easily welded. The Eiffel tower is created with a form  of wrought iron called puddled iron.

 Art Nouveau: a style inspired by natural forms and structures. The design  integrated architecture, art, and interior design. It was covered with  ornament curved forms. Examples of this style are The Hotel Tassel by Victor  Horta and the balcony of Castel Beranger by Hector Guimard.   Greenhouse Effect: caused by solar heat gain.  Don't forget about the age old question of math 266

 "White City": an "ideal city" constructed for the 1893 World's Columbian  Exposition in Chicago. It was created with a façade of plaster, cement, and  staff (an artificial stone used to cover temporary buildings), then painted  white to make the buildings a shine.

 Gestalt: a German word which may refer to "Holism", an ideal that natural  systems should be considered as wholes and not as collective parts.

 Curtain Wall: it is an outer covering of a building that are non-structural and  meant mainly to keep the weather out. It can be made from a lightweight  material and does not have a dead load weight from the building.

 Steampunk: inspired by the 19th century industrial steam-powered  machinery. It shows all the mechanism in an creation as an aesthetics.   Prairie School: a late 19th and early 20th century style common to the  Midwest United States usually defined by horizontal lines. Frank Lloyd  Wright's home and studio in Oak Park, Illinois is an example of this style that  went along with the designs of the Arts and Crafts Movement. It focused on  the craftsmanship of the creator rather than mass production.   Passage (France): it is the same as an arcade.

 Row House (US): It is a style of medium-density housing, where a row of  identical houses that share side walls.

 Regency (UK): the architecture of this era was built in the early 19th century  in Britain. Wrought iron balconies came become popular in this style.   Bessemer Process= steel: it was the first inexpensive industrial process for  mass producing steel. Henry Bessemer patent the process in 1856.   Robber Barons: it is a derogatory terms of social criticism associated with  American businessmen in the late 19th century who used immoral methods  to get rich.

 Conservatory=greenhouse=stove: a building or room with a glass or  tarpaulin (a waterproof cloth) rook and walls to be used as a greenhouse or a  sunroom. It provided a warm environment in cities with colder climates and  the room acted as a social space, much like a stove.

 City Beautiful Movement: emphasized the necessity of order, dignity, and  harmony; it promoted beauty to create civic and moral excellence. It  intended to beautify the greatness of cities and was associated with Chicago,  Cleveland, Detroit, and Washington D.C.

 Ecole des Beaux Arts: one of a number of influential art schools in France. It  focused on the style of Ancient Greek and Roman culture.

 Revival: the use of styles that intentionally reflect the style of a previous  architectural era.

 Skeleton cage/frame: a building technique of vertical steel columns and  horizontal I-beams, constructed in a rectangular grid. This technique made  the construction of skyscrapers possible.

 Arts & Crafts: it is a movement that supported economic and social reform  from industrial influences. The materiality within the structure was  recognizable.

 The "Loop": an elevated transportation system in down town Chicago (ex.  Train)

 Utopia/dystopia: Utopia is an imagined society with idealized and near  perfect qualities while dystopia is the completely opposite.

 Terrace house (UK): Same as the row houses. It originated in Europe in the  16th century.

 Empire (France): The style originated from the rule of Napoleon 1 intending  to idealize Napoleon's reign and was inspired by the elements of the Roman  Empire. It strongly influenced the American Federal style.

 Industrial Revolution: the transition from hand production to machines.  During this time the standard of living increased. There was improved  efficiency in water power, greater use of steam power, the development and  rise of the factory system.

 Taliesin East/West: East- The home and studio of Frank Lloyd Wright, located  in Iowa County, It was designed according to the principles of the Prairie  School. West- FLW's winter home and school. It is now the main campus of  the Frank Lloyd Wright School of Architecture. It is located in Scottsdale,  Arizona and drew its name from his summer home. He was inspired to design  the building according to the nature of the desert.

 "Victorian"- everything from Gothic revival to Neo-Classicism. The Gothic  revival drew from original Gothic designs, such as their decorative patterns,  finials (the decorative top of a structure), and long, narrow windows with a  pointed arch at the top. Pugin designed The Houses of Parliament in London  inspired by the Gothic design. Neo-Classicism tends to emphasize less  sculptural designs and more flat designs with isolated feature. The  "Victorian" style drew from various historical styles and included inspiration  from the middle east and Asia.

 Arts & Crafts- Wm. Morris (UK)=> Red House, co-designed by Philip Webb;  Stickley The Craftsman=>Inexpensive houses that are easily made by  yourself. Furnishing made of stained oak wood. Simple and straightforward,  and can easily understand the function of each part, no unnecessary parts;

Greene bros. (US)- bungalows in California; The movement stood for  traditional craftsmanship and was anti-industrial.

 London 1851: Great Exhibition, "Crystal Place"=> created with a cast-iron and  glass structure, it displayed technology developed in the Industrial  Revolution. The architect was Joseph Paxton. 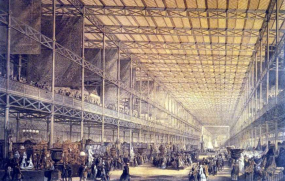 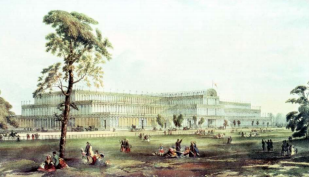 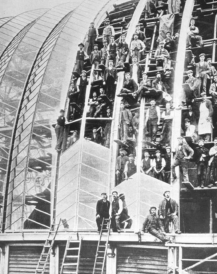 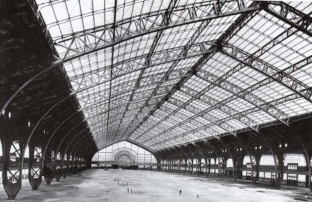  Chicago 1893: World's Columbian Exposition- in celebration of the 400th  anniversary of Christopher Columbus' arrival to the New World. The layout  was designed mostly by John Wellborn Root, Daniel Burnham, and Frederick  Law Olmstead. It contained the "White City". 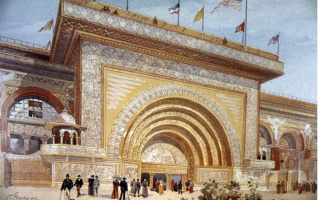 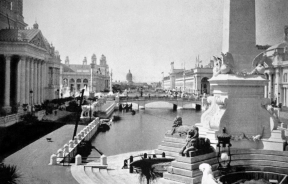 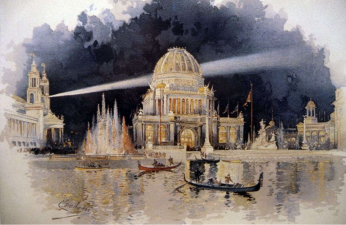 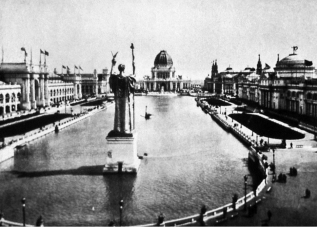  Abbe Laugier. An Essay on Architecture, Paris, 1753: He discusses the "faults"  in Renaissance and post-Renaissance architectural practice. 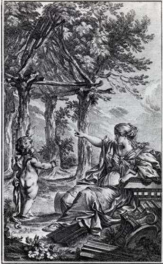  A.W. Pugin, Contrasts, 1836: argued for the revival of medieval Gothic style   J.Ruskin, Stones of Venice, 1851-53: Examines Venetian architecture in detail  to reflect his ideals in his other work-> Seven Lamps of Architecture, 1849:  His idea of the principles of architecture, which were sacrifice, truth, power,  beauty, life, memory, and obedience.

 James Bogardus, Cast-iron buildings, 1858: He demonstrated the use of cast iron in construction.

 Ebenezer Howard, Garden Cities of Tomorrow, 1898: Ideas for a self sustaining community with the best parts of the town and country. 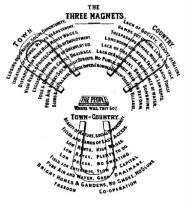  Jacob Riis, How the Other Half Lives, 1890: photojournalism of the poor living  conditions in the New York City slums.

 Gustav Stickley, The Craftsman, (magazine) 1901-1916: a magazine that  promoted the ideals of the Art & Crafts movement. 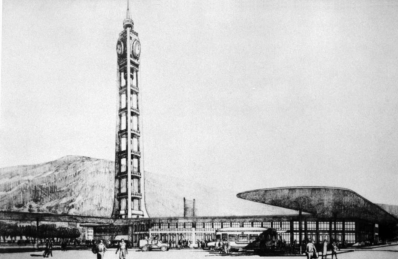 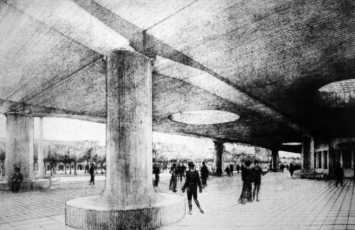 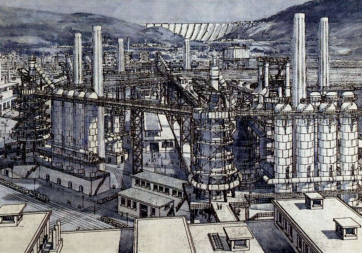 mossfeet shoe corporation is a single product firm. the company is predicting that a price increase next year will not cause unit sales to decrease. what effect would this price increase have on the following items for next year?