MSU / Computer Science and Engineering / CSE 4613 / How to store a matrix into a program?

Description: All examples worked on class on how to operate with dictionary and lists and loops on Python. Detailed information and step per step on each code.

1) Suppose you want to store a matrix into a program. So basically you create a list of lists.  2) Ask to print a number in a specific location of a matrix. So, matrix [row] [column]

It will print 9 on the keyboard.

3) The problem happens when you do a matrix with a bunch of zeros. It is called sparse  matrix, matrix with lots of zeros. The problem is that if you need to do many calculations  you will end up with more zeros.

What happens when you do a matrix with a bunch of zeros?

We also discuss several other topics like Why does sex categorization matter?

because in this case it

Matrixes are important in molecular biology because you can store a matrix with sequence  similarities, like the ones produced by Clustal Omega.

4) Trying to find a number on the matrix from your keyboard. 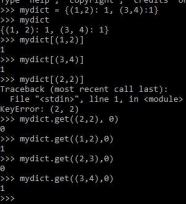 Why does matrix be important in molecular biology?

Then you can ask what number it is on:  Don't forget about the age old question of What is the meaning of blood types?

However, because you did not define what numbers you have

on other positions at first it will give you an error.

You can use dict.get ((row,col), number) where number  Don't forget about the age old question of What does x-direction mean?

turns to be the missing number you want it to be. So it this

zero and so all other positions, using same code, if they had a

number described before, they still have same number (1).

Dic.get = let you treat a dictionary as a matrix.

So number can be a number or a string. It does not matter.  If you want to learn more check out What are archaea called extremophiles?

Same thing can be done on your

interpreter. So there, you can turn

your matrix in a dictionary and just

input where the numbers that are not

can also be use on your interpreter.

Doing the same code, but asking to print the numbers on the same line.

Turning your matrix in a dictionary is a good way to save memory on your computer. If you want to learn more check out What is a measurement of how much quantity demanded will change in response to a change in the price of a product?

You can do the same thing using a loop, “for num in a:

num*2…”  Don't forget about the age old question of What is the meaning of recombinant dna?

If you want a list of that, you just append the number.

Back to your matrix…

WORKING ON MATRIX OF GENE EXPRESSION

Imagine you have a matrix where each line represents a single gene and each column gives you  expression of different samples from that same gene. You input file will look like this:

So, first same steps as always: 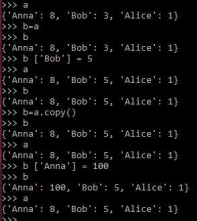 **Dictionary can be treated as lists, with same

commands. For example, if you have 2 dictionaries

and one is equal to the other one and you change one,

because both have same ID, the other one will change

So if you want to change one without affect the other

you need to save copy.

**Observations about assignment 4 – working on lists.

When you create lots of sequences, you cannot relate the lists opening each one. For example: Names= [‘a’, ‘b’ , ‘c’]

For name in names OR for id in ids: because it has no way to relate both lists as they were associated to each  other.

1) Imagine you want to create a dictionary where you will store gene names and sequences that must be  inserted from the keyboard.

In this dictionary of tuples, key will be the gene name and the value the sequence.

Make sure the no repeated gene name or sequence occurs. 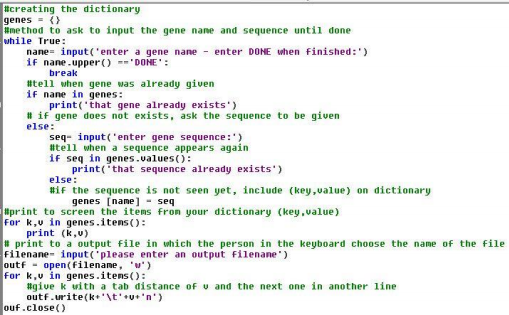 1) Fasta have a particular way to save the gene sequences, in which the same sequence is break into  multiple lines you it can make it easier to the user see a long sequence. For example:

2) Imagine you want to compute the GC content for each sequence.

a. Open to read your fasta file (fasta extension).

b. Read one line one at the time

c. Print only the gene names. This is important to know how many genes you have and who are they. d. If you want to count the number of genes you could do just “count+=1”

e. Printing the entire sequence with the gene name:

In the bad way:

The best way, by using dictionary:

Remember, the order of your genes will always change.

g. Printing the GC content in an out file:

Note the dictionary was already made. The content was already calculated. Give just the code  to print! Only the print code.

2) Suppose everything from the first question was already done, replace the value of Gene 1 to  0.5.

3) Given the genes bellow that were in the worked dictionary from the first question, give me all  genes with a GC content of 0.5.

4) From the question above. If a code is given to print the genes with GC content of 0.1, how the  keyboard would print it?

What is the scientific study of the brain called?

What is the production pathway for white blood cells?