What are the Capitals and countries in South America?

1. Know which countries contain a portion of the Amazon River. • Brazil

2. Be able to define an Altiplano.

• The center was the intermontane basin around Cuzco.

4. Be able to locate the area of South America that is dominated by persons of  European ancestry.

• The most “Latin” part of South America 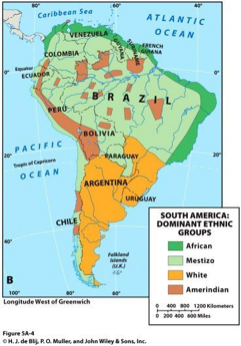 How to understand Europe's Relative Location?

5. Know which South American country had the most persons of African descent. • Brazil

• Over half of the population of 201 million people

6. Be able to locate, on a map, where the African-origin ethnic groups lived. • Venezeula, French Guiana, around the coast 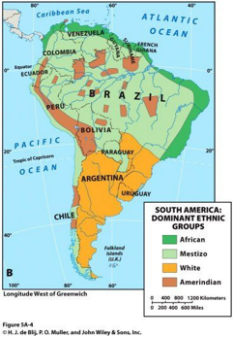 7.Study and understand Figure 3-6 in your text (which is also in the power points) entitled “Population Cartogram of South America.” 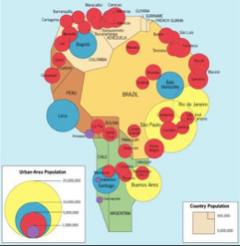 What happen after World War ll?

Don't forget about the age old question of which of the following involves disputes between private individuals or groups?

8. Know where the Andes mountain are. 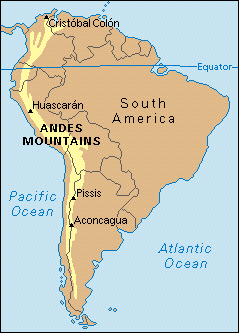 9. What is the major river in the “Caribbean North” in South America? • The Magdalena River

10. Study the map of The Caribbean North. Familiarize yourself with the maps  legend.

11. Be able to locate Lake Titicaca. 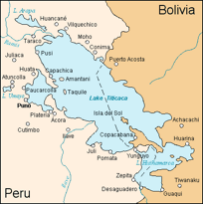 12. Know the relationship between Argentina, the Falkland Islands and Great  Britain.

• On April 5th GB retaliated and they fought for 74 days

• Argentina surrendered and GB gained control of the islands

• Following a meeting in Madrid in 1989, both countries issued a statement but no  changes were made.

• Argentina still feels like the islands are their territory.  We also discuss several other topics like cignx gdp

13. Where are Chile’s copper mines?

14. Know the capitals and countries in South America.

15. Be familiar with South America’s population pattern (Look at a Map) 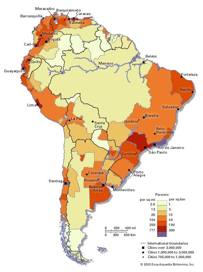 Don't forget about the age old question of wcais login

16.Where do most of the people live in Chile?

• At the crossroads of the land hemisphere

• The land hemisphere is half of the globe containing the greatest amount of land  surface, concentrated in Western Europe

• At the heart of the land hemisphere

• Maximum efficiency for contact with the rest of the world

• Every part of Europe is close to the sea 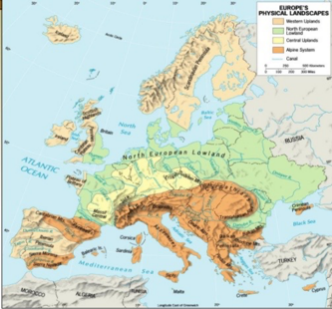 19. Know what happened after World War II concerning Nationalism. • After WWII, Europe was fractured and tensions were growing • Nationalism is defined as national pride, pride and patriotism

• There was growing nationalism from “winning” countries from the war and caused  Europe to come together to build back the economy, eventually creating the euro and  the EU.  We also discuss several other topics like exst 2201

20. What was the major program that helped Western Europe get back on its feet? • The Marshall Plan in 1948

• The Marshall Plan was an American initiative to aid Western Europe, in which the  United States gave over $12 billion to rebuild Western European countries

• Large numbers of Muslims are settling in Europe are causing cities such as London,  Paris, Hamburg and Brussels to be heavily concentrated

22. Know the definition of Supranationalism.

• Political, economic, and/or cultural cooperation to promote shared objectives • European supranationalism started with the 1944 economic Benelux  Agreement, an economic union between Belgium, the Netherlands, Luxembourg If you want to learn more check out eric gilbert gsu

23. What is meant by the term Devolution?

• The process whereby regions within a state demand and gain political strength and  growing autonomy at the expense of the central government—examples: • Scotland and Wales in the United Kingdom

• Linguistic and cultural differences in Belgium

• The total value of goods produced and services provided in a country during one year. 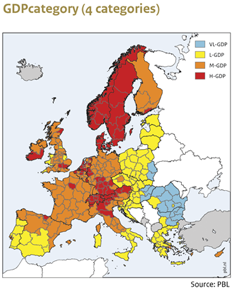 • A military alliance of European and North American democracies founded after World  War II to strengthen international ties between member states—especially the United  States and Europe—and to serve as a counter-balance to the Soviet Union and the  Warsaw Pact. 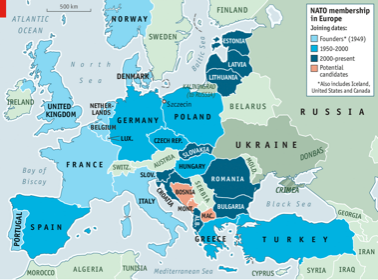 • An association of European nations formed in 1993 for the purpose of achieving  political and economic integration.

30. Where is the EU administrative headquarters?

• A portion of territory of one state completely surrounded by territory of another or  others, as viewed by the home territory.

32. Where is Russia’s exclave?

• Kaliningrad on the Baltic Sea

33. Where is the Iberian Peninsula? What is the landscape like? • Oceanic climate, transitions into Mediterranean Europe from the rugged Pyrenees Mtns 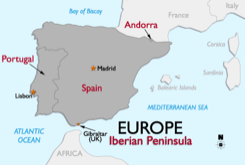 34.What is the Ancona Line?

35. What area of Spain is very active in the process of devolution? • Catalonia

36. Where do most of the population of Russia live?

38. Know the difference in Climate and weather. 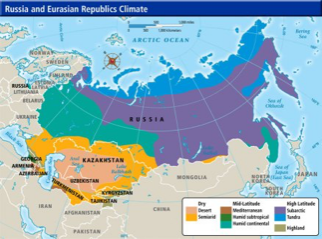 40. Which climate types does Russia have?

• There is no daylight savings time

43. What was the prime motivation for Russia’s colonial expansion? • Access to warm-water ports 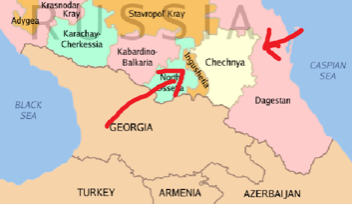 45. Understand the relationship between Russia and Chechnya.

• The southern Russian republic of Chechnya has long been a boiling point for conflict  with Moscow in the restive North Caucasus.

• After a decade of unsuccessfully fighting for independence, the autonomous region is  now firmly under the control of its Russian-appointed leader, Ramzan Kadyrov,  although separatist groups continue low-level guerrilla attacks.

• In addition, jihadist groups, including those aligned with Islamic State terrorist  organization, exist in the region.

46. What are the characteristics of a country’s Core Area?

• It contains the region with the country's most efficient communications networks.