Anthropology: the study of the evolution and culture of humans and other primates. Subfields are  biological, sociocultural, linguistics, and archaeology.

• Primate: member of mammalian order; primates defined by series of traits (all shared) • Hominin: member of our (direct) lineage—humans and their fossil ancestors after their  evolutionary split from apes

• Evolution: change in the frequency of a gene or trait over generations (descent with  modification)

• Culture: the sum total of a group’s learned traditions

We also discuss several other topics like what is classical condition?

▪ Ethnology: the comparison of ethnographies (cross-cultural)

▪ Ethnography: description of customs of individual people or cultures

• Linguistic anthropology: study of language; its origin and use

• Archaeology: study of material culture of past peoples

o Artifacts: the objects; from tools to art, left by earlier groups of people If you want to learn more check out What is Peer review?

Vertebrates: animals with a backbone; Tetrapods: vertebrates with limbs; Amniotes: tetrapods with  an amniotic egg (amnion).

Incomplete list of shared derived traits to know for the exam: If you want to learn more check out What header file must you #include if you are going to use file input or output in your program?

o Mammary glands (not all mammals have nipples) We also discuss several other topics like What are features of the International Gothic style?

o Hair (all mammals have hair)

▪ Hallux on foot (not humans)

o Because they have no eye shine, they have big eyeballs Don't forget about the age old question of Q: What causes day and night?

o Catarrhines: loss of a premolar

▪ Dental formula: 2.1.2.3 If you want to learn more check out How does this relate to bioavailability?

o Some marmosets and tamarins

o Patchy distribution in time and space (some trees =fruit, some don’t; depends on  season)

o Like fruit, patchy in time and space (similar to fruit)

o Abundant (more than fruit) but harder to digest

o Good source of energy but hard to catch

• Largely defined by latitude (near equator)

• Defined by latitude and rainfall

• No water and summer—just rainy seasons

• Always some trees fruiting all year round

• Some trees will lose leaves

Other tropical biomes occupied by primates

o Grasslands with some trees/shrubs

o Areas between forest and savanna

• Habitats based on water

Why are primates social? Why live in groups?

▪ Defense of takeover of food patches/territory

• Infanticide = highest cause of infant mortality in mountain gorillas

Phylogeny (a hypothesis of evolutionary relationships) vs. taxonomy (the classification system used)

Catastrophism (one or more disasters created features on the earth in a short time) vs.  Uniformitarianism (geological processes acting today were acting in the past; the earth is ancient)

o Extinction as evidence for catastrophic disasters that wiped out past life forms; new  creations/migrations replaced them

o No framework for mechanism of change

▪ Animals in the Americas degenerate into lesser forms

Typology and essentialism (the Greeks) vs. population thinking (i.e., emphasis on variation – Darwin)

o Early attempt at understanding and ordering the natural world

o Gaps in nature are real and represent discontinuities between types

▪ Immutability of species: an unalterable fixity of essence

• Typological thinking and the great chain of being

o Scala naturae: the great chain of being

▪ Humans at the top, various groups below:

o Change in individual’s lifetime through use or disuse

o Acquired or lost traits are passed to next generation = WRONG

o Variation is the key

o Demonstrated particulate inheritance: the concept of heredity based on transmission of  genes

Homology (a trait shared from common descent) vs. Homoplasy (convergent or independent  evolution)

• Homology: similarity of traits resulting from shared ancestry, a result of descent with  modification

o Different from each other but with similar base

• Convergence (analogy, homoplasy); appearance of similar traits due to similar use, not common  ancestry

o In contrast to homology

“Ontogeny” does not “recapitulate phylogeny” – development proceeds from general to specific

o Primary germ layers; all organism made with same tissues

• Androgens can then be converted into estrogens

o Converted from progestin in gonads

o Converted from androgen in gonads

o If excess androgens are produced and not immediately converted to estrogen, they can  affect female physiology and behavior

o XY but inability to respond to androgen

• Natural selection but humans are doing it

Preformationism vs. blending inheritance vs. epigenesist (formation of a zygote – fertilized egg)

o Eventually replaced by the concept of epigenesist: an organism develops from a  fertilized egg

o Problem: fitness effects of 1 parent would be blended out by the other parent; this  diminishment continues with offspring

o Variation can’t be maintained in this way

• Protein synthesis: assembly of proteins from amino acids, which occur at ribosomes in  cytoplasm via mRNA

B. Translation (in ribosome)

3. tRNA brings coded for amino acid for each codon 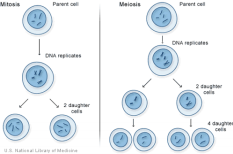 • Locus: location of a gene on chromosome

• Allele: variant form of a gene

o Homozygous: same allele at both loci of gene

• Codominant: the alleles are co-expressed; neither is dominant 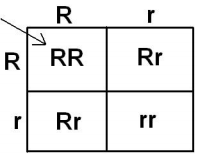 ▪ Populations within a species (generally)

o Mutations in coding regions are neutral or good/bad

o Mutations in gametes are passed on

o Fixation or disappearance of alleles

o Ex: Founder effect: new populations that become isolated from their parent population  and carry a subset of genetic variation

o Acts on phenotype, not genotype

o Stabilizing selection: selection against both extremes (or average)

o Selection: can be strong in large populations over short time periods

What do we need from food?

What type of company resells tangible products it purchases ready­made from suppliers?