• GDP is used to compare countries

o It is also used to measure business cycles

What does gdp tell you about a country?

o It may have a strong real GDP growth rate

• How do we measure how the economy is doing?

o We look at if the economy is in a recession and its real GDP If you want to learn more check out What does reduced gametophyte mean?

▪ A fall in GDP over 2 quarters If you want to learn more check out What does habituation mean in biology?

• Usually balanced out with economic growth

Who benefits in a recession?

▪ Value of the goods and services produced by the nation’s

o An increase in the overall price level

o There is also hyperinflation

o Governments can cause it on purpose

o Nominal: Prices and other values in those years

o Real: Prices and other values adjusted for inflation

▪ Adjusted to prices in the base year**

▪ How much stuff can I buy with these dollars?

▪ When prices go up, GDP goes up as well

**This is why  we are more concerned with real GDP

o GDP is a good measure to compare economies, but GDP per capita is a  better comparison to use between individuals in the same economy  o GDP per capita is how much stuff per person in the country Don't forget about the age old question of What is the definition of an intermediate world?
If you want to learn more check out What are the three possible reasons for using the least square line?

• What countries produce over time changes

o For example: The US has gone from mostly agriculture ???? mostly  manufactured goods ???? to now mostly services

o Many countries produce a lot of similar and different things, so we use  market value to count it

o When it gets to the consumer that is a final good or service, or when it  is in inventory to be used later

o A majority (about 70%) of US GDP comes from services!

• What is made and sold this year adds to GDP

• What makes up GDP?

o Purchase of final (not intermediate) goods and services

▪ Things that are expected to last more than a year (roughly

▪ Things that will be consumed immediately or not last very long ▪ Example: Happy Meal

▪ When you pay people to do something

o A share of stock is not considered part of GDP

Business: A corporation fixed one of its machines

Inventory: What is not sold to consumers

o Does not include transfer payments (example: social security) o Doesn’t include interest on debt

o Government spending has increased over the years

o Our net exports have been negative for a long time

o Price level:  Index values of prices in the economy

o A measure of price level

o Determine the base year (this will be given)

• With the changes in the price level and the Nominal GDP, we can determine  the change in real GDP

3. No value for standard of living

• Higher per capita GDP correlates with higher standard of living

o You watch videos online and fix the kitchen yourself… Not

o Your house is a mess, so you hire a maid… this is included

o You clean the house yourself… Not included in GDP

o You hire a professional lawn care company to cut your

grass… this is included in GDP

• Cash exchanges may not be documented and sent into the IRS

• In countries where governments are more corrupt, there is usually a  higher cash economy

• Exchanges on black markets are not counted in GDP

3. No value for standard of living

• Standard of living is subjective

o Would this be a good thing?

o Are we better off if we spend a lot of time at work?

Chapter 8: The Price Level and Inflation

o For a given period, a measure of costs of a standard basket of  goods/services, relative to the cost of said basket in a base year o CPI is a basic tool for economists to measure the price level and  inflation in the economy for consumers

o Also known as a measure of the cost of living

• What’s in a “basket” of goods/services?

o Goods consumers would buy on a regular basis

o These goods are savings goods and consumption expenses

• Bureau of Labor Statistics (BLS) is in charge of CPI

o They determine what is important to consumers

o The basket should reflect where consumers put their resources s

*the Q stays the same from the base year

*the basket is not GDP

• Price in an earlier period’s dollars=

o GDP and Deflator consider all goods/services in the US

▪ CPI considers a basket of goods/services relevant to

▪ CPI can be if it is part of the basket

1. Uncertainty about the future decisions

o What is causing prices to change?

o Shoeleather costs are the resources that

are wasted when people change their behavior to avoid holding money o If inflation is increasing, the value of money decreases

o This was a bigger issue in the past

o Menu costs are the costs of changing prices

▪ Borrowers are made better off by inflation

▪ The real value of money paid back is less

▪ If you’re wages rise to maintain the real value of your pay,

3. New Products in the Economy

o As CPI increases, so do wages

o When price rises, Quantity Demanded falls and consumers will buy  other goods if it’s an option

o CPI makes no distinction about quality of goods

o If you’re paying a higher price for a better product, that is not an  inflation effect

o CPI will be biased upward

▪ Upward bias: prices are estimated to have gone up more than  what they really have

o The CPI is updated, but not quickly

o New goods tend to decrease in price at first, so that’s not captured in  the delay

o The surveys are done in stores, which misses online sales

o The solution is a chained CPI

▪ It keeps track of upward bias

o Substitution causes the basket of goods the typical consumer buys to  change.

o Consumers will buy other goods if its an option

• Social Security is adjusted based on the CPI

Chapter 9: Savings, Interest Rates, and the Market for Loanable  Funds

• For a company to have long term growth, there must be an adequate level of  investment

• 2 groups in the financial markets:

1. Those that have funds that they choose no to use at the present  (lenders)

2. Those who have an immediate need for capital to invest in an  idea/project (borrowers)

• When people start retiring, they draw money out of the global funds market o This causes interest rates to go up

o This means the loans you qualify for gets smaller

• Occurs when borrowers go directly to savers for funds

intermediaries, which loan these funds to borrowers

• Example: banks (and others)

*most of us deal within the indirect method

o Ownership shares in a firm

o Stock or equity in the company is sold

o There is no guarantee of payment

• Place where securities are traded after their first sale

o Also give out loans

▪ Banks consolidate small individual savings and lend those to  investors

• Like any market, there’s a price to borrow money

o In the loanable funds market, this is called the interest rate

• The interest rate is

1. An incentive to save instead of spend

2. The cost of spending money you don’t have

o Interest rate that is corrected for inflation

o Interest rate before it is corrected for inflation

o It is the stated interest rate

Plans of Savers = Plans of Borrowers

Factors that shift the DEMAND for funds:

• If capital is more productive, the demand for loans will

• Investor Confidence: A measure of what firms expect for

• If a firm believes its sales will increase in the future, it

Factors that shift the SUPPLY of funds:

1. Discount rate of investors (also known as time preferences) o People prefer to receive goods and services sooner rather than later o People with the strongest time preferences are the least patient ▪ They want funds now

o If someone saves money, it is said they have a low discount rate

o As nations gain wealth, they save more

o It is being able to spread out income/spending in a way that is  consistent and balanced way throughout the consumer’s lifetime o Dissaving: People withdraw funds from their previously accumulated  savings

Example: Apple predicts that the economy is going to pick up. 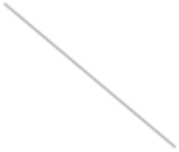 o A company takes out a loan… this is investing

• A decrease in income causes interest rates to increase

o Bonds can be wither long-term or short-term

o The face value is still due at maturity though

o The total of all deficits

o A tradable contract that entitles its owner to certain rights

o A bond is a security that represents debt unpaid

▪ Longer than 10 years until maturity

Chapter 11: Economic Growth and the Wealth of Nations

• In wealthy countries there is a presence of stable legal, banking, and political  systems

o The resource represented by the quantity, knowledge, and skills of the  workers in an economy

o A significant practice, relationship, or organization in a society o The official and unofficial conditions that shape the environment in  which decisions are made

o Individuals can own property (houses, land, and other resources) o When their property is used in production, they own the resulting  output

o This is an approximation

o The knowledge that is available for use in production

• International Trade barriers reduce the benefits from specialization and  trade

o The production function for a single firm =

o Relationship among all the inputs used in the macroeconomy and the  total output of that economy, where GDP is output

o A fall in the value of a resource over time

o This is natural with capital

o Growth driven by factors inside the economy

o Growth that is independent of any factors in the economy

o The condition of a macroeconomy when there is no investment

▪ Voluntary investment and production occurs only if: Expected payoff ≥ costs

What is the p. porifera’s matrix made of?

What is the content of the 1st law of thermodynamics?