Description: inDRNotes from week 8. REMINDER: there is a learnsmart due before Tuesday's class

▪ Removing or withholding an undesirable consequence.

What is equity theory ? 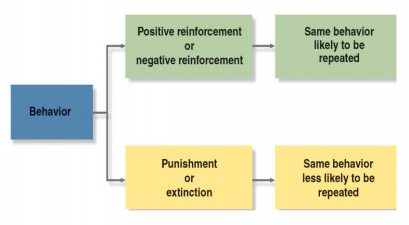 ○ If you want to learn more check out Is it necessary as part of being a christian to be suffering in some way?

A theory proposing that people will behave based on their perceived  likelihood that their effort will lead to a certain outcome and on how  highly they value that outcome.

highly they value that outcome.

Self-actualization (realizing one’s full potential, becoming  everything one is capable of being).

Rewards given to a person by a boss, the company, or some other  person

• Reward a worker derives directly from performing the job itself

New Thoughts not in the book

▪ Mastery (the opportunity to get better at something)

▪ Purpose ( a reason for doing something)

Does the sun move?