Description: These notes describe the history and the evolution of the models of our universe, including facts about the scientists needed to know for the exam.

o How has astronomy changed?

o How has the way we have viewed our place in the universe changed?

o How has people’s view of science changed over time?

o Greek philosopher born 384 BCE in Macedonia (North Greece) If you want to learn more check out How many elements are there in 2^a, if there are n elements in a?

o Made major contributions in many things

What is stellar parallax?

o Why do things move the way they do? We also discuss several other topics like What is ancient aegean?

o Everything needs to be logically deduced

▪ Close observation not necessary, even contradictory

o How do things move?

▪ Things had a “natural place”

▪ Rocks at center of earth, fire in heavens

▪ Everything outside of Earth was perfect and immutable

▪ Everything had to be quantified

▪ Celestial spheres; one for each planet, stars in background, earth in center ∙ This doesn’t work

What makes nicolaus copernicus a significant figure in history?

▪ Why is there no stellar parallax?

∙ Relies on the fact that stars are not all the same distance away Don't forget about the age old question of Why was the free soil party created?

o Famous for mapmaking and astronomy

o A brief aside

▪ The Earth is round.

▪ People before him knew.

▪ People knew for a long time after.

▪ Columbus was a bad mathematician, which is why nobody listened to him. ▪ Now back to astronomy.

▪ Added epicycles – an extra sphere each planet was on

▪ Also added equant, which offsets the orbit a bit so the planets move faster at  different times Don't forget about the age old question of Are upside and strategic risks synonymous to each other?

o Does this work?

▪ Could predict where stars would be almost perfectly, even worked thousands of  years after it was designed

o What does this do to the planets?

▪ Who would have thought this actually worked?

o Predict where stars were

o Ones asking how, why

o Thought of heavens as outside their scope, essentially inexplicable

o No equations, no math, looked down upon

o Math was about “the perfect”, not applicable to the world around us, not “the language  of the universe” Don't forget about the age old question of Why are social contract important in large societies?

∙ What changed? We also discuss several other topics like Which of the following characteristics of jurisprudence is false?

o Began introducing their own, finer models, though not completely advocating for new  models

o These ideas began to trickle into the West, sparking the Renaissance

o Trying to improve upon the Ptolemaic model

o Had a lot of (personal) issues with it

▪ Planets orbit the Sun in circles

▪ Got rid of equant

o People didn’t fully get on board

▪ Published posthumously w/editorial note: in essence, “This is weird, don’t  worry, he’s just an astronomer, so this is just math and has no basis in reality” o Didn’t help improve calculations

o Not simpler- theory more complicated and was worse at explaining what everyone saw o Within 60 years and after his death, “maybe 15 people believed him”.

o Made his own telescope, looked at sky

▪ Showed that comets were not in the atmosphere

▪ All objects fall at the same rate

▪ Possibly a lead in what others will do

o Uraniborg – had an observatory

▪ Everything else orbits the Sun

▪ Adopted by Catholic Church as it explained a lot

▪ Copernican model needed the stars to be essentially infinitely away

▪ Both heavily influenced by observation

▪ Both began making statements about how the universe worked

o Produced own model of the solar system, guided by Kepler’s Laws

▪ Trying to find harmony of planets

o Another person who contributed to many fields: math, physics, astronomy, alchemy,  and more

o Where things were

▪ Geocentric models had issues but were established in years of natural

o Planets stay in motion around sun (which is huge)

o Calculations regarding the moon were able to predict motion exactly

o We now know why the heliocentric model works

o The difference is that now, everything in the universe is under the same laws. o Heavens no longer objects we cannot understand

o Things true on Earth are true everywhere in the Universe

o Newton was a part of how we viewed math as contribution to theories regarding nature o Tried to explain motions using equations and geometry, not helpful

o So he invented calculous to understand motions

o Math was an inescapable part of the discovery

∙ There are still issues, however.

▪ Instantaneously, without anything needed it

o You make a prediction

o Inactively applied it to rest of world

∙ How does gravity work?

o Baffling, but it worked

▪ Winds of ether blew planets around

o Mercury’s orbit was weird, discovered a planet “inside” of Mercury, Vulcan  (“discovered” in 1859, though it isn’t there

o Everything by laws of motion: Newton’s or Einstein’s (or Kepler’s)

o Still a bit off (especially in terms of galaxies)

o Led to the prediction of dark matter

▪ Sounds a bit familiar: we trust in a theory, can’t possibly be wrong, so it has to  be something we can’t see

▪ Dark matter could be a thing, but…

o So could Modified Newtonian Dynamics

▪ No dark matter, but our understanding of how motion works is a bit off ∙ Has the field changed?

o Problem types haven’t, nor have types of solutions

o But, it has in how we guide our problem solving and how much we can trust ways of  knowing

o Not better, but different

Lecture: From Ptolemy to Kepler

o Newton’s space and time are absolute, independent of each other

o We can measure points in space and time with variables x, y, and z

o Newton’s gravity is a force

▪ We can learn how strong a force it is with measurement

o Then Einstein comes along

▪ Space and time are intertwined: different manifestations of the same thing ▪ Universe is made of spacetime

o Einstein’s gravity is a curvature in spacetime

▪ Spacetime has been bent by presence of earth

▪ If one shakes gravity back and forth, there will be waves

▪ A person being squeezed and stretched

▪ However, spacetime is stiff; one would need a huge mass

▪ Imagine a neutron star (the densest thing in the universe); the corpse of a dead  star; even despite this, you’d be squeezed smaller than the radius of a proton

▪ Observed 2 neutron stars orbiting each one

▪ We can use waves of light

∙ Interferometer: uses waves exactly in sync, shining on top of each other

∙ But, they were found!

▪ How is relativity true?

∙ Exhibits change a smidgen, are not stagnant

∙ From Ptolemy to Kepler

▪ Earth at center, sun at center

▪ How did shift happen?

▪ How is this part of emergence of modern science?

▪ What else can we learn in the process?

▪ We can understand nature, proposed natural causes for phenomena

▪ proposed models for things in nature

▪ used mathematics in these models

▪ recognized that any model had to agree with observation

▪ Believed in the transcendent Truth and Beauty of mathetmatical perfection ▪ “Circles are the most perfect shape, thus things in the sky must go in circles” ▪ Recognized that any model had to agree with observation

Concerned with fundamental Truth  of things

Concerned with predicting the  motions of stars and planets

Very concerned with logic, for  instance

Not all that concerned with the  transcendent Truth of their models

Saw the heavens as mostly outside  their purview

“…but do we get the right answer?”

Figuring out where the planets are is  grunt work!

∙ Ptolemy and his model

o Lived in Alexandria, Egypt, the center of scholarship in that part of the world o Astronomer

o Everything is attached to crystal spheres which spin in a uniform, perfect way around  the Earth

▪ Well, sort of, the Earth isn’t quite at the center of the planet-spheres

▪ Well, sort of, they don’t turn quite uniformly, but with a fudge that keeps the  perfection of “circles”

not-quite-at-Earth, and then the planet rotates in a circle along the

∙ Astonishingly precise, though way too complicated and fudgy

∙ Muslims studied the Greek writing after the Library at Alexandria was burned, and accumulated  knowledge about the motions of the sky; naming many stars, refining Ptolemy’s model, and  made enormous strides in mathematics

∙ Europe didn’t have much of a natural-philosophic or scientific tradition from the fall of Roman  Empire to c. 1400

o Proposed that, instead, everything orders the Sun in perfect circles

o However, Copernicus’ model was actually less precise than Ptolemy’s

▪ If things orbit Jupiter, then not everything orbits the Earth! We are not the  center of everything!

▪ This was a huge shakeup – to philosophy and to religion

▪ Galileo published what he saw with his telescope in 1610.

▪ He argued that the moons of Jupiter, along with the phases of Venus, proved  the Earth moved. Now Galileo has left astronomy--predicting things--entered  philosophy!

▪ Something else happened between Copernicus and Galileo: the Protestant  Reformation and the Counter-Reformation!

▪ This meant that the Church had gotten a bit touchy about theology and heresy. o In 1616 the Church declared heliocentrism heretical

o In 1633 the Inquisition declared him a heretic, banned all his books, and sentenced him  to house arrest until he died in 1642.

o The Church un-banned his books and heliocentrism in 1835.

Predicts the motion of things

Concerned with understanding the nature of things in the sky

Not that concerned with their nature

“What are they and by what rules do they  operate?”

An exercise in calculation

Predict their motion by understanding  their nature 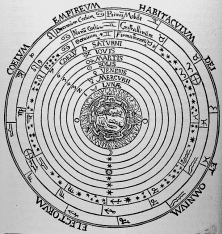 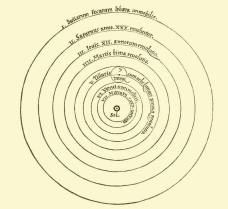 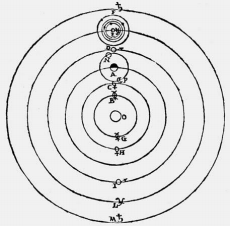 Why did humans apply domestication in the first place?

What is the tendency to simplify and/or reduce the variation in our mental maps?