What are the features of cell structure?

What are the 4 kingdoms of Eukarya?

What are the three domains of life? 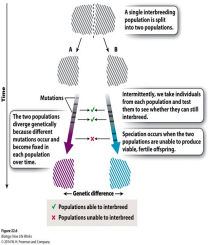 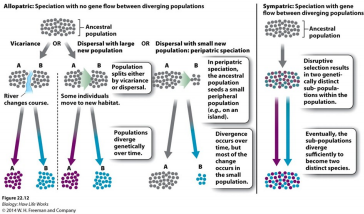 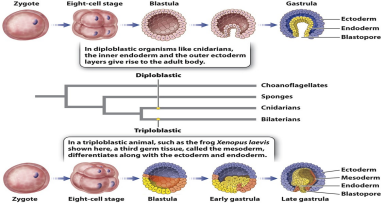 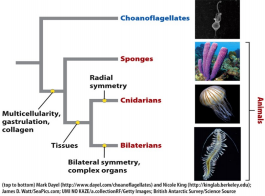 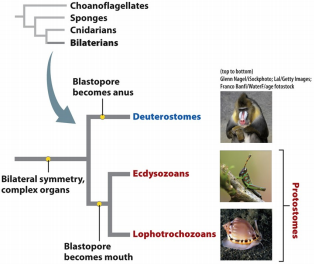 38. Examples of Myriapod? a. Centipedes and millipedes 39. What do their chewing mouthparts feed upon? a. Centipedes: they feed on insects b. Millipedes: they feed on detritus 40. What are examples of Crustacea? a. Crabs, lobster, crayfish, shrimp, krill, barnacles  41. What are the physical features of Crustacea? a. Highly sensory antennae b. All feeding strategies  42. Why is the group Insecta also understood as hexapoda? a. They have three pairs of legs on the thorax  43. Do all species of Insects have appendages? a. No, many species have wings 44. What are the physical features of Insecta? a. cerebral ganglion, ventral nerve cord, trachea and spiracles  45. Do Insects have an open or closed circulatory system?

a. Open  b. They also have a heart       46.  What are the two kinds of metamorphosis that insects do? a. complete or incomplete       47. What are three components of insect diversity? ­ Desiccation resistant eggs, wings, metamorphosis 48. What are their Larvae specialized for? ­ feeding  ­ Adult: mating/ reproduction 49. Why are insects so diverse? ­ evolution of flight, mouthparts, and flowering plants ­ There are many orders of insects ( example: pollinators, disease hosts, pests)Nervous Systems 50. Do unicellular organisms have nervous systems? a. No, they have cell surface receptors 51. Do all animals have a N.S.? no, all animals do except for sponges ­ some are more complex than others  52. What is the functional unit of the N.S.? Neuron ­ receive and transmit information 53. What are the three types of neurons and what are their functions? ­ Sensory Neurons: animal’s environment and internal physiology ­ Interneurons: process and transmit information to different regions ­ Motor Neurons: end of pathway and produce suitable response (muscle contraction, constrict  blood vessels, etc.)  ~ Sensory → Interneurons → Motor Neurons 54. In comparing radial vs. bilateral symmetry. Explain the evolution of the N.S. ­ In Bilaterians, the idea of cephalization appears, sense organs which are the cause of predator  prey relationships ­ In Cnidarians, Radial: nerve net ­ In Bilaterians, Bilateral: paired ganglia ­­­brain ( learning/ complex behaviors) 55. What is cephalization and what are the benefits ? ­ this means bilateral symmetry and sense organs in the head region ­ Benefits: forward locomotion (you can see what is in front of you) ­ evolved independently 56. What is homeostasis? Does it trigger from positive or negative feedback? ­ Ability (of animal, organ, or cell) to regulate and maintain a stable internal state ­ stimulations from negative feedback (it's cold outside, so i’m creating heat) (picture v) 57. Which of the following emerged at the same time in animals? a) Radial symmetry and triploblasty b) Multicellularity and coelom c) Segmentation and true tissues d) Triploblasty and bilateral symmetry 58. What is homeostasis?a) Maintains relatively stable conditions b) Function mainly through negative feedback c) Function through both negative and positive feedback d) A and B e) All of the Above 59. What is the command center of the N.S.? ­ Brain 60. What are the two types of the N.S. and what are their components? ­ Central and Peripheral  ● Central ­ Brain, nerve cord and central ganglia ● Peripheral ­ Sensory and motor nerves 61. What is the difference between Afferent neurons and Efferent neurons ­ Afferent neurons to CNS, Efferent neurons away from CNS 62. What portions of the N.S. deals with response and regulation?  ­ Voluntary is for response (Lifting my arm) ­ Involuntary is for regulation (like the heart) 63. What are the two portions of the N.S. in Vertebrates in terms of voluntary vs. involuntary? ­ Somatic (voluntary) and Autonomic (involuntary) a) Autonomic breaks into 2 → Sympathetic and Parasympathetic 64. What is the key role of the autonomic system of the N.S.? ­ Homeostasis 65. What is the sympathetic portion of the autonomic system  responsible for? What is  parasympathetic  ­ sympathetic: fight or flight ­ parasympathetic: rest and digest 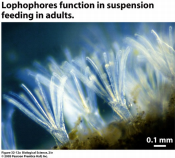 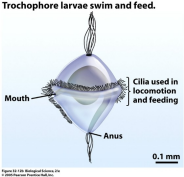 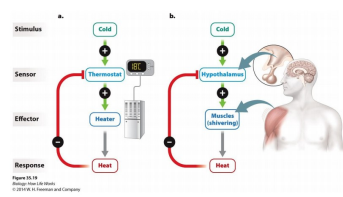 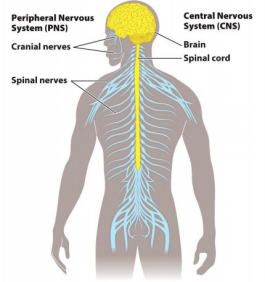 Animal Diversity Vertebrates 1. A phylogeny includes Mollusks, Annelids, Arthropods, and Echinoderms. Where in the  phylogeny did ecdysis appear? a. Ecdysozoans b. Ecdysis­ molting 2. Deuterostome phyla can be further classified under what groups? ­ Hemichordates (acorn worms) and Echinoderms (sea stars and urchins)       3. Why are hemichordates and echinoderms sister groups?                                                         ­ Larvae share characteristics and genetic similarities         4. Characteristics of hemichordates (acorn worms)? ­ Pharyngeal slits (homologous with gills in fish and pharynx/jaws in vertebrates) ­ dorsal nerve chord (before hemichordates, we only had ventral nerve chords) 5. Characteristics of Echinoderms? ­ Sea stars, urchins, dollars, cucumbers ­ slow­moving or sessile ­ have a water vascular system ­ tube feet function in breathing, locomotion, and feeding 6. what are pisasters and why are Pisasters important?  ­  a type of echinoderm (starfish) and a keystone species (keeps balance in ecosystem by feeding  on the dominant mollusc) ­ if it's present ­ diverse intertidal community ­ if it's absent ­ no diversity, one mussel dominates 7. What are Chordate characteristics?  ­ notochords → vertebral column (only in vertebrates) ­ Neural tube → dorsal nerve chord ­ Pharyngeal slits (turns into gills only for vertebrates) ­ Myotomes ­ Muscular, post­anal tail  ­ Cephalochordates (notochords don’t turn into vertebral column, neural tube doesn’t turn into  dorsal nerve chord)They retain characteristics as adult  8. What are Tunicate characteristics? ­ has chordate characteristics as larva ­ sessile adult = sea squirt (very mobile why a larva) ­ marine suspension feeders 9. Difference for Vertebrates from Chordates? ­ Notochords turn into vertebral column­ Pharyngeal slits turns into gills only for vertebrates ­ all vertebrates have a cranium (skull) and vertebrae 10. Craniate tree of life? (going down) ­ Jawless fish are hagfish and lampreys ­ cartilaginous (chondrichthyes) fish are sharks and rays ­ bony fish are broken down into lobe­finned and ray­finned ­ lobe finned are coelacanth and lungfish ­ tetrapods break down into amphibians and sauropsids and mammals ­ amphibians are frogs salamanders, and caecilians (frogs and salamanders are sister groups to  caecilians) ­ Sauropsids(reptiles) are lizards and snakes, then turtles, then crocodiles and alligators, then birds  (alligators and crocodiles are sister groups to birds) ­ reptiles are sister group to mammals 11. Another name for Cartilaginous fish? ­ Chondrichthyes 12. What are characteristics of Chondrichthyes? ­ Sharks  a) carnivores with sharp vision, olfaction(smell), and hearing b) can detect electric fields c) adaptation for buoyancy (staying up) ­ Rays ­ a) flattened bottom­dwellers b) crush mollusks and crustaceans with jaws 13. Another name for Bony fish? ­ Osteichthyes 14. Characteristics of bony fish? ­ ossified endoskeleton  ­ kidneys allowed regulation of solute in blood ­ swim bladder (homologous with vertebrate lung) 15. Ray finned fish characteristics? ­ 50% of the chordate group ­ fins are supported by long, flexible rays ­ Originated in freshwaters and moved to seas16. When did lungs appear in vertebrates? ­ Before the lungfish 17. After what group did Jaws appear? ­ after jawless fish 18. When did walking legs come up? ­ came up with the tetrapods  19. When did the amniotic egg come up? ­ after amphibians 20. What groups have mammary glands? Mammals 21. Characteristics of Lobe­finned fishes? ­ Fins have rod­shaped bones surrounded by thick muscle ­ Coelacanths thought to be extinct ­ Lungfishes have lungs and breathe air when environment is low in oxygen 22. what is a Tiktaalik? ­ it's a fish, it's the origin of tetrapods ­ has fins, scales and gills, but also lungs, a flat head and neck, shoulders not connected to head,  and tetrapod­like ribs 23. What is Acanthostega? ­ it's a fish, it's the origin of tetrapods ­ has fully formed legs, ankles, and digits but also gills, a tail fin, a weak pelvic girdle 24. Tetrapod characteristics? ­ Pelvic and pectoral fins → limbs and digits ­ Pelvic girdle fused to backbone ­ no gill slits (as adults) 25. What do amphibians do? ­ They respire through their skin (Respiration cutaneous), via gills, or lungs ­ Require moist conditions to avoid desiccation ­ Metamorphosis b/w larval and adult stages 26. Who has Amniotic Eggs? (Amniotes) ­ Sauropsids and Mammals27. What are Amniotes? ­ Embryo surrounded by extraembryonic membranes (amniotic egg, no longer tied to water) ­ less permeable skin 29. What are characteristics of birds? ­ wings and feathers ­ gonads (bird testes and ovaries) ­ lack teeth ­ hollow bones ­ fast metabolism, four chambered hearts ­ large brains, excellent eyesight, elaborate courtship, incubate eggs 28. Arrange these taxonomic terms from most inclusive (most general) to least inclusive (most  specific). 1. chordates  2. amphibians   3. vertebrates   4. osteichthyans    5. tetrapods A) 3, 4, 1, 2, 5 B) 3, 4, 1, 5, 2 C) 1, 3, 5, 2, 4 D) 1, 3, 4, 5, 2 E) 4, 2, 3, 5, 1 29. Characteristics of Mammals? ­ mammary glands ­ hair made of keratin ­ 4 chambered heart ­ large brains, extended parental care ­ differentiation of teeth 30. What are monotremes? ­ egg­laying mammals (5 species) 31. What is a cloaca (that monotremes have)? ­ single opening 32. What is unique about marsupials and Eutherians? ­ gives birth to live young 33. What is even more unique about Eutherians? ­ More complex placenta, longer pregnancy ­ limbs adapted from many types of movement: fly, glide, run, walk swim, burrow, swing34. What is convergent evolution? ­ common not because of ancestral but because of changes in environment 35. What are examples of primates? ­ lemurs, tarsiers, monkeys, apes, humans 36. What are characteristics of primates? ­ most have hands and feet adapted for grasping, a large brain, and short jaws ­ eyes close together and forward looking ­ exhibit well­developed parental care and complex social behavior ­ Apes have opposable thumb Circulatory Systems: 1. Pulmonary systems ­ goes to the lungs  a. Leaves through the pulmonary arteries