Description: This study guide gives basic outlines for each essay question and also contains flash cards of the slide IDs.

The Museum of Modern Art modern architecture exhibition of 1932 proclaimed the appearance of what?

1. During the first decades of the 20th century, groups of architects and artists  published manifestos, organized exhibitions, and held meetings proclaiming  themselves the avant-garde of modernity. Select two examples of the groups we  have studied and explain the formal, social, and, if applicable, political dimensions  of their manifestos. Be specific as you link the texts and works to social contexts.

- Find a building for each!

2. Throughout much of the 20th century (and into the present century),  architectural theorists and practitioners variously found inspiration in nature  (natural surroundings, biological growth/change) and technology (machines and  processes). Discuss how individual architects or groups engaged with these two  categories in their work and writings. Please use at least one example for the  discussion of each category.

how the advent of automobiles transformed the ways people thought about buildings, cities, and landscapes in the 20th century?

We also discuss several other topics like What are the general characteristics of the Magnoliophyta?

3. The Museum of Modern Art’s modern architecture exhibition of 1932 proclaimed  the appearance of “a single new style … which exists throughout the world”  characterized by three principles. Please state them and cite a building that  exemplifies this “International Style.” The museum’s assertion does not account for  other approaches to modernism in architecture from the 1920s to the 1950s. Cite an example of such an alternative approach and compare it to your example of the  International Style.

- Architecture as volume not mass

4. Compare the following houses with respect to (1) the organization of their  respective interiors, (2) the use of materials (both primary structural materials and  visible materials),and (3) the relationship of the house to landscape (siting,  relationship of indoor to outdoor spaces): Tugendhat House (Mies van der Rohe),  Villa Savoye (Le Corbusier), Fallingwaer (Wright), Villa Mairea (Aalto).

In what ways did Mexican and Brazilian architects address broad themes of modernism and modernity (such as political ideologies, aesthetics, technology, and global economy) during the 20th century?

If you want to learn more check out How does the big bang theory explain the origin of the universe?

o Had a steamhouse in the back

6. The École de Beaux-Arts in Paris and the Bauhaus in Germany had international  influence. Describe and compare how architecture students were taught at these  schools. What underlying assumptions about architecture and architectural training  do they represent?

7. Compare 20th-century approaches to expression of religious architecture in the  mosque of the Turkish Grand National Assembly, Park Synagogue by Eric  Mendelsohn, and Notre-Dame du Haut by Le Corbusier. At each religious building,  how did the architect negotiate tradition and modernity?

8. Discuss how the advent of automobiles transformed the ways people thought  about buildings, cities, and landscapes in the 20th century. Support your points with examples.

9. In the excerpts you read of Le Corbusier’s Towards a New Architecture and Robert Venturi’s Complexity and Contradiction in Architecture, the two authors challenge  prevailing conventions of their respective times for losing sight of important  architectural values and call on architects to adopt new attitudes. What problems  does each identify? Are they the same? What about their proposed solutions?  Consider similarities of approach as well as differences. Don't forget about the age old question of organic chemistry 1 exam 1

o Criticized the decorativeness and eclecticism of current architecture o Argued for architecture that was functional and practical; architecture  should operate like a machine

o Wanted architects to embrace the complexity possible within  architecture

- Look at these essays in the reader

o Or, you know, google summaries

10. In what ways did Mexican and Brazilian architects address broad themes of  modernism and modernity (such as political ideologies, aesthetics, technology, and  global economy) during the 20th century?  If you want to learn more check out bsc 2011 exam 3 usf

11. Please discuss the issue of national identity and architecture with respect to two of the following: (1) post-colonial nations on the Indian subcontinent or (2) post colonial nations in sub-Saharan Africa, (3) post-imperial China, or (4) the  reconstruction of Japan following World War II.

- Depending on which of these you want to do, there are ppt/lectures on each 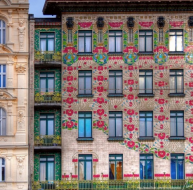 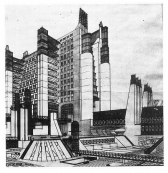 Project for the Monument to the  Third International, Tatlin, 1920

Niemeyer and others with Le  Corbusier, 1940