LSU / Biological Sciences / BIOL 1201 / What is the method used by both social science and natural science?

Course: Biology for Science Majors I

Description: Lectures for the first two weeks of class plus the quiz review. Email me at ktrah18@lsu.edu for further questions!

∙ Science: the pursuit and application of knowledge and understanding of the natural and  social world following a systematic methodology based on evidence

∙ Range of conditions for Life

o The deep sea is the most commonly habitable environment

What does an ectotherm do if environment temperatures are low?

▪ Endotherm- body temperature is not set by the environment

o Can hold their breath for as long as 90 minutes

▪ Thrive at pressures that would kill surface bacteria

How do endotherms regulate their body temperature?

∙ Hydrothermal Vents  Don't forget about the age old question of What are the legal perspectives of crime?

o Vents from the seafloor that give off very hot water

o Looks like smoke, but the minerals precipitate when the hot water comes into  contact with the cold water

o Live with ½ molar urea in their tissues

o Urea is a potent denaturant of proteins

o Halophilic bacteria live in osmotic equilibrium with 3 molar salt  If you want to learn more check out Is the world good or evil?

▪ Are endotherms in contrast to ectothermic fish

o Mostly stay near hydrothermal vents  Don't forget about the age old question of What is the goal of research in psychology?

∙ ALL FISH ARE NOT ECTOTHERMS

o Electronegativity: measure of the tendency of an atom to attract a bonding pair of  electrons  We also discuss several other topics like How do you know if you are reincarnated?

▪ Measure of the attraction an atom (nucleus) has for electrons 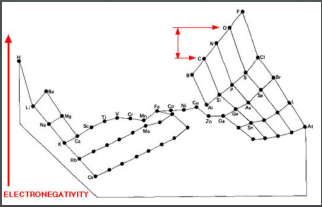 o Strong- energy it takes to break the bond

∙ Ionic interactions- attraction of opposite charges (one atom donates  Don't forget about the age old question of What are the four criteria for revenue recognition?

an electron to another

o Ionic bonds are usually strong, but in biology, things

happen in water, which makes them weak

o Valence electrons: the electrons contained in the outermost shell

o 1 Mole= the mass of a substance equal to its gram molecular weight  If you want to learn more check out What is the difference between structural and constitutional isomers?

o Formed by transfer of electron from one atom to another

o Sharing of electrons to complete the valence shell

∙ Major categories of bonds are based on the energy needed to make or break them, not the  number of electrons

o Important role in structures and properties of biological molecules

o Water is a biological molecule

o The unusual properties of water

▪ Water behaves as a much larger molecule- hydrogen bonds

▪ Amount of heat to vaporize 1 gram of water

▪ A metastable state (not too stable)

∙ Will undergo a spontaneous transition on addition of the stable

▪ Because of the hydrogen bonding

▪ Lakes do not freeze from the bottom up

∙ Would kill everything in the lake

▪ Means it is a good solvent

molecules on the surface are hydrogen bonded to each other

▪ Due to hydrogen bonding

▪ Can dissociate in to an acid (hydronium ion)

▪ And base (hydroxyl ion)

▪ Ionized into an acid and a base

▪ Mountainous regions of Kenya and Uganda

▪ induce freezing in the central fluid at the highest possible subzero 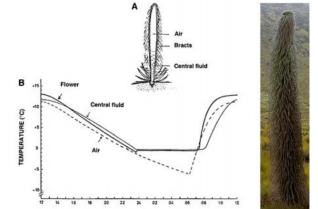 ∙ An atom that has 8 electrons in its outer shell would not tend to form chemical bonds  with other atoms.

∙ A polar covalent bond is a bond that has shared electrons pulled closer to the more  electronegative atom.

∙ When the proton number and the electron number are unequal, the atom or molecule is an  ion.

∙ Ionic bonds form as a result of attraction between atoms that have opposite charges. ∙ A hydrogen bond is a weak chemical bond.

∙ Hydrogen bonds occur when partial opposite charges on molecules come close enough to  attract each other.

What is the father of evolution?

What is the definition of homo erectus?