LSU / Anatomy and Physiology / BIOL 1201 / What are biological molecules?

Course: Biology for Science Majors I

Description: Lectures 3, 4, and 5 Quiz 2 and 3 Reviews Textbook/Lecture Notes Email me at ktrah18@lsu.edu for further questions!

o defined as the -log of the proton concentration

o pH of 7 is neutral 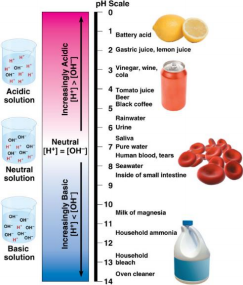 o defined as the -log of the hydroxide concentration

What is the endoplasmic reticulum?

o Solute- NaCl Don't forget about the age old question of What is the key feature of dual federalism?

o All except for water are built with carbon skeletons

▪ Carbonyl- aldehydes (terminal carbon) and ketones (if within carbon  chain)

▪ Sulfhydal- thiols  If you want to learn more check out What is a sample statistic?

o Large molecules constructed from smaller molecules  We also discuss several other topics like What are the 3 classes of animal domestication that made my archaeozoologist?

▪ Mers = units Don't forget about the age old question of What are the core financial statements?

∙ Proceeds with the removal of a water molecule

∙ Array of complex molecules from a few simpler molecules

▪ Fewer enzymes to make biological molecules than if “starting from  scratch”

o (CH2O) n We also discuss several other topics like What is tax abatements?

▪ Starch in plants is a polymer of glucose

▪ Glycogen in animals is a polymer of glucose

o Energy roles  Don't forget about the age old question of How will you define pure substance?

▪ 2. Storage form (starch in plants and glycogen in animals) 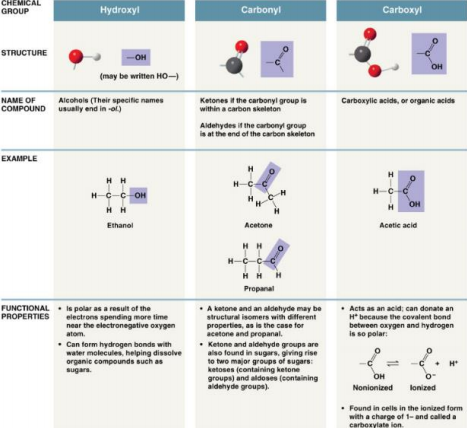 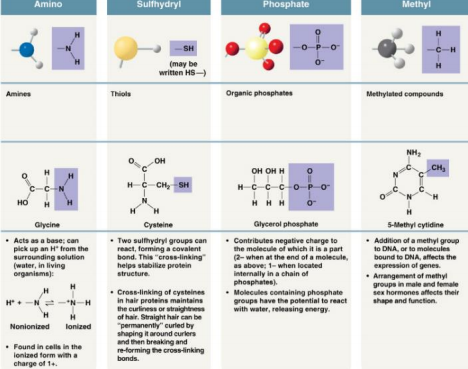 o Saturated- saturated with H, no double bonds between adjacent carbons  ▪ Bad because they raise the LDL cholesterol (the bad cholesterol)

∙ Made up of glycerol and two fatty acids

o Cholesterol (a steroid) has a series of ring structures

o The more saturated, the more hydrogens (higher degree of saturation) ALL LIPIDS DO NOT DISSOLVE WELL IN WATER

∙ Comparison of lipids and Carbohydrates

o Twice as much energy from fat

o Disadvantage- not as rapidly mobilized as carbohydrates

o Lipids metabolized in the mitochondria in the presence of O2

▪ Not ideal for short and quick bursts of energy

∙ Examples in the use of lipids:

o Camels- hump of the camel is filled with LIPIDS

▪ Subcutaneous fat would cause thermoregulatory problems (get too hot) ∙ So, all the mass is accumulated as a hump on the back

▪ Moderately obese- up to a year (why it’s so hard to lose it, so much energy  to burn)

o Excellent example of a polymer

o Made of amino acids

o Proteins are used in a variety of functions

▪ Muscles are made up of primarily two proteins

▪ Central carbon that other groups are linked to

▪ Carboxyl group- characteristic of an acid

▪ Some are polar (hydrophilic)

▪ Some are non-polar (hydrophobic)

▪ No partial charges on the R groups 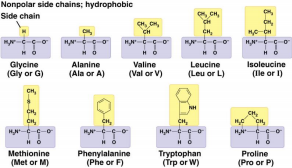 o 5 amino acids could potentially have a charge

▪ Interact with the partial + and – charges of water 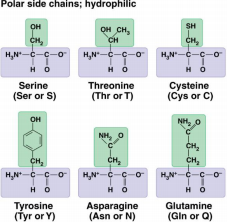 o The peptide bond- R group is not involved

o The amino and carboxyl groups (common to all amino acids) are involved  o Proteins differ in the sequence and the length of the polypeptide chain o Primary structure:

▪ Sequence of amino acids in a protein or peptide

∙ Causes the cell to be misshapen 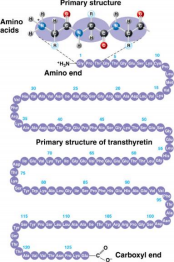 ∙ Found in core of many globules (silk)

▪ Folding into a 3 dimensional structure (globule)

∙ Buried in the interior of the protein

∙ Interact with one another on the surface

▪ Hemoglobin- made of alpha and beta subunits

▪ Denatured: not properly folded and nonfunctional 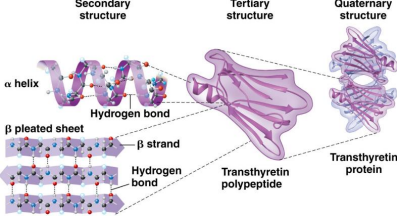 o Easily made and broken at physiological temperatures

o Provide specificity (make an enzyme for a specific substrate)

o If “weak” interactions were “strong”, would crystallize the contents of the cell o Attract and attach substrates and enzymes

∙ Another look at SUPERCOOLING

∙ Small proteins (peptides) that depress the freezing point of

∙ HAVE A HELICAL SECONDARY STRUCTURE

∙ Depends on the number of particles (molecules) and not on the

nature of the molecules

o Does not affect the melting point

o Antifreeze molecules do to inhibit melting, only freezing 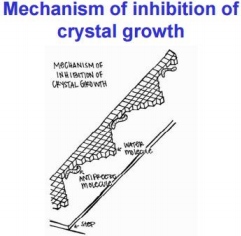 ∙ Requires more energy to add a water molecule to the curved

surface of the ice crystal

∙ Temperature must be lowered to add the molecule

∙ Only New Zealand and Australia are free of scrapie

∙ vCJD in US

o All epidemiologically linked to cattle (not US cattle)

∙ Chronology in the UK

o Sold in Europe and Asia

o Sold for “use” in poultry

o Not caused by “germs”

▪ Not a virus, bacteria, or fungus

▪ Not caused by organism with genetic material

∙ BSE in US

o All these cows were imported

▪ Present in all mammals

▪ Relatively less surface area for a unit of volume

o Problem moving materials into and out of the cell

∙ 2. Ribosomes differ from eukaryotes in size and antibiotic 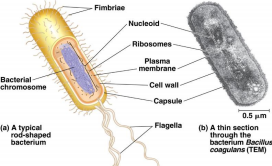 ▪ Have organelles bound by membranes

∙ Problem of intake of nutrients

∙ Problem of coordination and control of metabolism

∙ More opportunities as a heterotroph (feeding on other organisms)

o Present in prokaryotes and eukaryotes

▪ Consists of a hydrophobic tail and a hydrophilic head group

o Semi-permeable barrier between contents of cell and environment

▪ Selective of what crosses into the cell

o enclosed by nuclear envelope- a double membrane with pores

▪ “naked”- not complexed with histone proteins

o Region of the nucleus where ribosomal subunits are assembled

o Also involved in the cell’s response to stress

o Present in prokaryotes and eukaryotes

o Made of rRNA and protein

o Occur free in cytoplasm or in association with rough ER

o Think of it like a process, not a structure

▪ We are identifying components of it

o Ribosomes on the cytosolic side

∙ Cells are surrounded by water, and cells themselves consist of about 70% to 95% water.  As a result, the temperature of living things tends to change relatively slowly, dissolved  substances can be easily transported within a cell or between cells in multicellular  organisms, a variety of nutrient molecules are readily available as dissolved solutes, and  waste products produced by cell metabolism can be easily removed.

∙ The amount of heat required to change the temperature of 1 g of any substance by 1 °C is  defined as the specific heat of that substance.

∙ Sweating has a cooling effect because of water’s high heat of vaporization.  ∙ Water molecules have a higher boiling point than molecules of similar size, such as  ammonia and methane.

∙ Hydroxyl is to alcohol as carbonyl is to aldehyde.

∙ Which hydrocarbon has a double bond in its carbon skeleton? C2H4

∙ Which functional group is not present in the molecule shown in this figure? Methyl  (amino acid model in figure)

∙ Carbohydrates include monosaccharides, polysaccharides, starch, and disaccharides.  ∙ Nucleotides are to nucleic acids as amino acids are to proteins.

∙ Which of the following statements about unsaturated fats is true? They have double  bonds in the carbon chains of their fatty acids.

What does homology mean?