OLEMISS / OTHER / ECON 202 / what is The Scientific Method of Economics?

Description: These notes cover everything that we learned in the last class on Chapter 2. I will be updating this with the remainder of the chapter 2 notes, once Cheng goes over the rest of it in class.

• Economics is a social science.

• The Scientific Method of Economics –

o Formulate a theory/model that is testable

o Collect data and test the theory through empirical  analysis

o Revise the theory if it fails to explain the data well ▪ Example: Do couples have more children when  they earn more? This is a testable question that

can lead economists to an answer to this

• How does economics differ from other sciences? o While most sciences are based on facts, economics  has a basis in assuming human behavior is rational. ▪ Example: How does economics explain why the  $100 bill on the street will disappear? Assuming

there is no wind, a person that happens upon a

$100 bill will perform a cost/benefit analysis. Cost  of picking up the $100? None, unless you feel

How does economics differ from other sciences?

guilty about it. Benefit of picking up $100?

Well….you get an extra $100 with little to no work  exerted.

• Economic models/theories – when trying to understand  economics, the answer to most economic phenomena is  knowing the causation of such phenomena. Economists  are required to simplify complex human behaviors by… o Assuming away unnecessary details

o Understanding the simplest scenario first before  adding complexities to it

o Making assumptions to make things simple, then  relaxing (or specifying) these simple assumptions when analyzing complicated scenarios If you want to learn more check out uic econ 120 final exam

what are the 3 ways to describe an economic model/theory?

If you want to learn more check out eric remaley wsu

Simplest Model We also discuss several other topics like vaswlar

If you want to learn more check out uga pe classes

o The balance of economic models is extremely  important.

assumptions), an economist task of explaining a  phenomenon will be almost impossible.

▪ If a model is oversimplified (meaning it includes  too many assumptions), an economist will not

come to an accurate conclusion when testing his  model/theory.

▪ Example: Say you need a map from your house to  your next class. Do you need a map that includes  all of the trees, lakes, buildings, etc all along your  route? (Probably not, this would be overbroad.)  What if I gave you a map with a squiggly line from  point A to point B? (Not helpful either, because  it’s oversimplified.)

o There are 3 ways to describe an economic  model/theory. Most often, you’ll want to use all three  methods in creating a model.

▪ Example: The Law of Demand 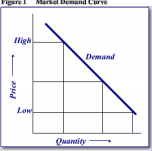 o This economic model explains efficient production  possibilities, or the allocation of 100% of available  resources in the most profitable/beneficial way • It will demonstrate how a specific choice of

action will result in an efficient, inefficient, or

resources to produce a combination of

2 goods; the PPF is the set of all

o Inefficient – economy does NOT have

to use all of its resources to produce it,

meaning there are resources leftover;

this point would be plotted BELOW the

PPF line on a graph)

cannot produce the combination of

goods, even if all resources are used

(this point would be plotted ABOVE the

PPF line on a graph)

3500W. This would be inefficient, because

there would be leftover labor hours that

were not used. The point would fall below  PPF.

• Say you wanted to produce 300C and  3500W. This would be infeasible, because  you don’t have enough labor hours available.  The point would fall above PPF. Remember,  resources are scarce!

1. One thing economists do to help them understand how the real  world works is… make assumptions.

5. Suppose a nation is currently producing at a point inside its  production possibilities frontier. We know that... the nation is  not using all of its available resources.

6. If this economy devotes all of its resources to the production  of clocks, then it will produce… 16 clocks and 0 candles.

8. If the resource is not fully utilized (e.g., unemployment), could  this economy produce at which point(s)?... C, F, G

9. What is the opportunity cost of moving from

10. For this economy, as more and more clocks are produced, the  opportunity cost of an additional clock produced (in terms of  candles)… increases.

11. The movement from point B to point D could NOT be caused  by… unemployment.

12. Which of the following events would explain the shift of the  production possibilities frontier from A to B?... The economy  experienced a technological advance in the production of  books.

13. When a production possibilities frontier is bowed outward,  the opportunity cost of producing an additional unit of a good… (not sure… will update when I know the answer!)

14. If the production possibilities frontier is bowed

15. Production possibilities frontiers are usually bowed outward.  This is because… it reflects the fact that the opportunity cost  of producing a good decreases as more and more of that good  is produced.

16. Which of the following is an example of a positive, as  opposed to normative, statement?... When the quantity of  money grows rapidly, inflation is a predictable consequence.

one of the general principles of psychoactive drugs is that every drug has _____.