LSU / Architecture / ARCH 2008 / which of the following eras occurred first

which of the following eras occurred first

which of the following eras occurred first

The central plan first created by Bramante was modification of what other type of plan?

What style is typically associated with Greek and Roman structures?

Roman architecture I most closely associated with the creation of what architectural structure?

Thomas 1 ARCH 2008: STUDY GUIDE Name: ___________________________ Before you begin, consider that students must be able to: A. Identify important architectural structures (i.e. monuments, homes, churches…etc.) wIf you want to learn more check out the redshift of a star means that _____.
We also discuss several other topics like university of toledo astronomy
We also discuss several other topics like Differntiate Real Property from Personal Property.
Don't forget about the age old question of istudy ole miss
We also discuss several other topics like What is the difference between saber and conocer?
Don't forget about the age old question of bps 4305
hich  includes being able to identify the associated: 1. Date 2. Architectural Style (gothic, renaissance…etc.) 3. Location 4. Name 5. Function (home, church, business…etc.) 6. Creator (architect) B. Define terms which includes being able to identify associated: 1. Building techniques 2. Structures C. Identify and name plan types (Greek, Latin…etc.) including being able to: 1. Identify associated creators of the Greek and Latin plans  2. Identify structures (monuments, churches…etc) and the associated architect using picture  ids of elevations and plansThomas 2 ARCH 2008: STUDY GUIDE Name: ___________________________ Section 1: Architectural Styles and Techniques Answer the following questions. 1. Roman architecture I most closely associated with the creation of what architectural structure?  2. Name the columns orders and key features and origins (such as regions) of each. 3. What style is typically associated with Greek and Roman structures?  4. The central plan first created by Bramante was modification of what other type of plan? 5. Name the two known styles that make up the Late Renaissance.  6. Name the time period in which baroque architecture came about and key features outlined by  that time period. 7. Villas originated from what civilization? Name some key features of villas. 8. Domes are closely associated with what time period? 9. List the key features of the French gothic architecture. 10. Create a timeline that outlines the time periods (numbers) at which the following eras  occurred: Early, High, and Late Renaissance. 11. Spiral columns are typical of what style? 12. This style can be best described as one of excess and exaggeration with key traits that include  the following: Vertical orientation, ambiguous space, instability of architectural form,  sculptures, obelisk on roof balustrades, elongated figures. 13. Name the drawing technique used in the image below. 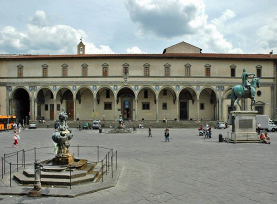 19. Red brick like the one show in the picture below is commonly used for temperature control in  what regions? 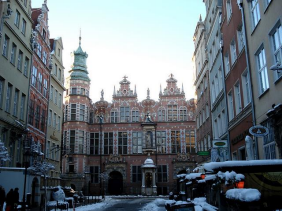 20. Name some key feature of a central plan. Section 2: Architects 1. John Joachim is closely associated with what architectural style? Thomas 4 2. Name the architect responsible for the Garden at Versailles. 3. This architect is closely associated with the drawing technique known as foreshortening.  4. What architect is responsible for the creation of San Carlo alle Quattro Fontane? 5. The Medici Palace was designed by what architect?  6. Bramante is an architect from what time period? 7. Name the monument created by the Holland architect Lievan de Key. 8. Is responsible for the creation of the octagonal plan. 9. Not and architect, but played a large role in influencing what we know as classical  architecture in France to be. 10. Andrea Paladio was the leading architect of what era (time period, not a date)? 11. What architect was the first to “make sense” of Roman and Greek architecture? 12. Created the Ten Books of Architecture.  13. Bernini defined what architectural style? 14. Created the Uomo Universale. 15. Name the architect of St. Peter’s facade 16. Identify the following about Giovanni Battista di Quadro: structures created by him, their  location, the style of the structure. 17. Contributed to the view on Âge Classique. 18. Guarini is responsible for bringing the baroque style to what city in Northern Italy? 19. Designed the Royal Chapel. 20. His designs were used by Bramante to create the central cross plan. Section 3: Picture Identification For effectiveness, identify the monument, its name, date, creator, year of construction, style, location,  and function. 1. The following pictures are from works produced by what Swiss author? What two styles are  present at the bottom left? Thomas 5 2. Identify the style, name of the time period this structure was created, and the name of this  structure. 3. Identify the following using the picture below: name, creator, year, style, order, and the  location. 4. Identify the following about this structure: name, creator, year & time period, style, and  location.Thomas 6

5. Identify the following about this structure: location. 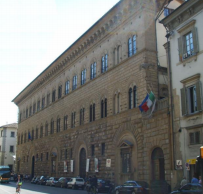 6. Identify the following about this structure: name, creator, year, and location. 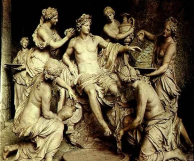 7. What architectural style is noted in this painting? Include the main features of that style that  can be found within this image along with the year it was created.Thomas 7

8. Name the monument in this image and the associated architect. 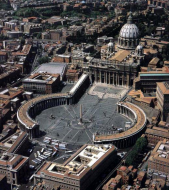 9. Identify the style of the image depicted below. 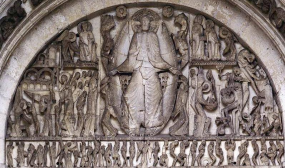 Thomas 8 10. Identify the style used in the images below. 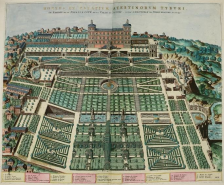 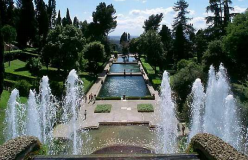 11. Name the building in which following images reside?

people, who is left out or disadvantaged?

suppose that canada produces two goods: lumber 'y' and fish 'x'. it has 18 million workers, each of whom can cut 10 feet of lumber or catch 20 fish each day.