Description: these notes will be on exam 2

What kind of questions?

What is something that therapists may want to avoid when treating a less severely impaired patient? 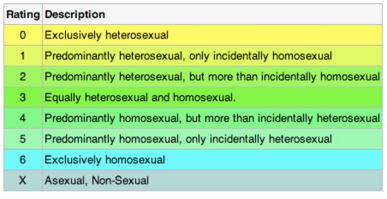 ∙ Stats came from prison populations and male prostitutes so it may not be all  accurate Conscience Clauses o Conscience clause: “legal clauses attached to laws in some parts of the US and other countries which permit pharmacists, physicians, and/or other providers  of health care not to provide certain medical services for reasons of religion or  conscience.”Identify the potential impact of conscience clausecs on the training of graduate students ∙ “A university or community college shall not discipline or discriminate against a  student in a counseling, social work or psychology program because the student  refuses to counsel a client about goals that conflict with the student’s sincerely  held religious belief if the student consults with the supervising instructor or  professor to determine the proper course of action to avoid harm to the client” ­  Arizona  ∙ APA doesn’t agree with this and thinks Arizona legislature should veto this, they  think all students should be trained in all aspects of diversity prior to receiving  their degree because they might change their beliefs. They should receive  exposure to populations and issues while in training. ∙ Goals of APA: reduce discrimination in all spheres, including access to  compassionate and competent mental health services. Also academic freedom of  professional education and training programs in psychology to determine what  knowledge and skills students need to acquire to meet the responsibilities of a  practicing psychologist.  ∙ Discomfort vs Competency  ∙ Trainee has to be willing to work on their awareness o Discomfort is part of learning process o Conflicts become easier to handle with exposure and practice. o Takes time to learn  ∙ After expressing personal beliefs, trainee might feel unsafe and  unsupported (“witch hunt”) o Respect trainee’s rights Identify the ethical principles and ethical standards at play when considering the Keeton  & Ward cases, as well as how these may conflict with the first amendment. ∙ Keeton: expressed desire to either avoid LGBT clients or engage in conversion  therapy ∙ Ward: requested client who was gay to be referred to another student o Claimed that her faith prohibited her from affirming/validating  homosexual behavior. o States that she would see LGBT clients if they did not discuss sexual  orientation.  ∙ APA ethical principles: beneficence and nonmaleficence (benefit client,  do no harm), justice (fairness) ∙ Ethical standards: 2.01 Boundaries of Competence, 3.01 Unfair  discrimination ∙ 1st Amendment: freedom of speech and freedom of expression of religion Apply the separation, assimilation, and integration approaches to treating culturally  different clients to vignettes. ∙ Separation: when psychologist in training operates with own personal values  when making professional decisions. ∙ Assimilation: when psychologist in training operates with professional values  when making professional decisions.  ∙ Integration: when psychologist in training can integrate both personal and  professional values in making decisions and can tolerate when there are  discrepancies between the two. You are going over the guidelines of ethical standards that therapists are held to. Which of these  pieces of information is incorrect and should be corrected? Jaffree vs Redmond set the precedent for psychotherapist­patient privilege. ­ Yup Tarasoff v. Regents of the University of California set the precedent for duty to warn. ­ Yup Therapists cannot disclose any information about their patients to other therapists. ­ they  can, they have also taken a oath of confidentiality so they can be consulted on which therapy to  proceed with.  Child abuse must be ongoing for a