Description: these chapters will be on the exam

DEFINITIONAL APPROACH ▪How do we categorize objects?

▪How do we assign something to a category?

▪ Experimenter: “What do you do with a cigarette?

COGNITION &  LANGUAGE  “We speak not only to tell others what we  think, but to tell ourselves what we think”

PSYCHOLINGUISTICS ▪Language: ▪ A system of symbols (and rules for combining  them) which can generate an infinite number  of possible messages and meanings ▪Psycholinguistics: ▪ The scientific study of the psychological  aspects of language ▪ Includes how people understand, produce,  use, and learn language5 PROPERTIES OF

LANGUAGE 1. Symbolic ▪ Arbitrary symbols represent specific objects, actions ▪ i.e. words/sounds/signs don’t usually look or sound like the  represented object (e.g. “Dog”) 2. Structured ▪ Rules for meanings, sound/word/phrase combinations ▪ ball boy girl green the the the to kicked 3. Conveys Meaning ▪ once people know the symbols and rules, they can  communicate ideas, thoughts ▪ i.e. I’m not just babbling to myself – I can describe my inner  thoughts, and you can understand my meaning5 PROPERTIES 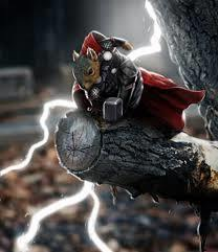 OF LANGUAGE 4. Generative ▪ Symbols of language can be  combined to generate an infinite  number of messages ▪ i.e. can express ideas that have  never been expressed before 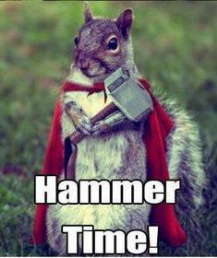 ▪ “There have been several sightings  of a Thor Squirrel” 5. Permits Displacement ▪ can refer to objects or events that  are not physically present ▪ “Remember that time we saw Thor  Squirrel?”NON-HUMAN 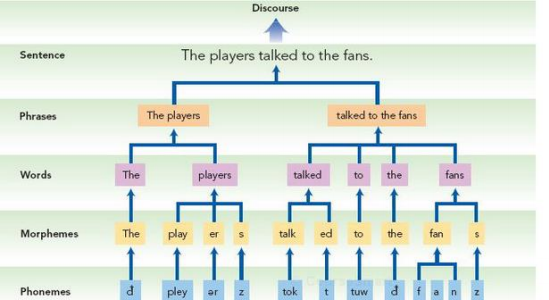 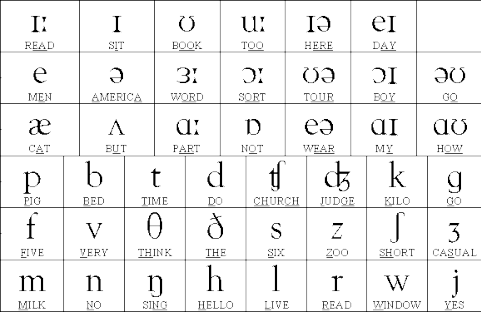 phonemes in  each language ■ English: ~44 ■ Hawaiian: ~12 ■ Changing a phoneme  changes meaning  of the word

IMPORTANT TERMS ▪ Morphemes: ▪ Smallest units of meaning in a language ▪ Some are words, some are suffixes/prefixes ▪ Kitchen ▪ Bedroom ▪ Pig ▪ Pigs ▪ Piggish ▪ Piggify ▪ Piggified ▪ Piggifier vs. Piggifiee ▪ Prepiggified state ■ Morphology: The study of how we  create words by  combining morphemes