cell a has half as much dna as cells b, c, and d in a mitotically acti

cell a has half as much dna as cells b, c, and d in a mitotically acti

17 Pages 322 Views 0 Unlocks
Reviews
BIO101 SI Mock Exam 3 (Ch. 12-17) 1. What is occurring in prophase 1 of meiosis? a. DNA is replicated b. Crossing over c. Cleavage furrow is formed d. Four genetically different daughter cells are formed 2. Binary fission is a type of cell division that occurs in __________ cells. a. Eukaryote b. Prokaryote c. Somatic d. Sex 3. What phase is occurring in the image below?

a) Anaphase b) Metaphase 2 c) Interphase d) S phase 4. In which phase of mitosis do the chromosomes align along the midline of the cell? a. Anaphase b. Telophase c. Metaphase d. Interphase 5. How many haploid daughter cells are produced in meiosis? a. 4 b. 2 c. 1 d. 66. In the cells of some organisms, mitosis occurs without cytokinesis. This will result in a. Cells with more than one nucleus b. Cells that are unusually small c. Cells lacking nuclei d. Cell cycles lacking an S phase 7. Which of the following does not occur during mitosis? a. Condensation of the chromosomes b. Replication of the DNA c. Separation of sister chromatids d. Spindle formation 8. A particular cell has half as much DNA as some other cells in a mitotically active tissue. The cell in question is most likely in a. G1 b. G2 c. Prophase d. Metaphase 9. Homologous chromosomes move toward opposite poles of a dividing cell during a. Mitosis b. Meiosis I c. Meiosis II d. Fertilization 10. Meiosis II is similar to mitosis in that a. Sister chromatids separate during anaphase b. DNA replicates before the division c. The daughter cells are diploid d. Homologous chromosomes synapse 11. What is Gregor Mendel known for? a. Crossing rabbits b. Crossing pea plants c. Crossing purple flowers d. Crossing Tulips12. Someone is heterozygous dominant for blue eyes and homozygous recessive for blonde hair, what would their genotype be? Note: Eye color is represented by B and hair color is represented by H. a. BBHH b. bbhh c. BbHh d. Bbhh 13. A homozygous dominant brown mouse is crossed with a heterozygous brown mouse (tan is the recessive color). What are the possible genotypes of the children? a. Brown mouse and tan mouse b. Bb and bb c. BB and bb d. Bb and BB 14. Looking at the previous question, what will the ratio of the genotypes be? a. 2:1 b. 3:1 c. 1:1 d. 1:2 15. In fruit flies eye color is a sex linked trait where red is dominant to white. If you cross a pure red eyed female and a white eyed female, of the possible offspring how likely is it to get a female with white eyes? a. 0% of the time b. 25% of the time c. 50% of the time d. 75% of the time 16. Using this Punnett Square, fill in the missing genotype. B b ? Bb bb B BB Bb

How many haploid daughter cells are produced in meiosis?

What phase is occurring in the image below?

What is occurring in prophase 1 of meiosis?

a. B b. Bb c. bb d. b17. Read the statement and determine if it is true or false: If a person has type A blood and has a child with a someone who also has type A blood, it is possible for them to have a child with type O blood. a. True b. False 18. If you cross a parent who is homozygous dominant for having brown eyes with someone who is heterozygous dominant for brown eyes, what are the possible phenotypes of their offspring? Note: Blue eyes are recessive. a. All children will have blue eyes b. All children will have brown eyes c. 75% will have brown eyes and 25% will have blue eyes d. 75% will have blue eyes and 25% will have brown eyes 19. In humans, hemophilia is a sex linked trait. Females who have hemophilia are homozygous recessive. If a female with hemophilia is mated with a male that does not have hemophilia, what are all the possible phenotypes of their offspring? a. Males with hemophilia, females with hemophilia b. Males without hemophilia, females with hemophilia, and females without hemophilia c. Males with hemophilia, females without hemophilia d. Males without hemophilia, males with hemophilia, and females without hemophilia 20. Based on the previous question what will the ratio of phenotypes be? a. 1:1 b. 2:1:1 c. 3:1 d. 1:1:1 21. The structure of DNA includes the following features: a. Antiparallel strands, sugar-phosphate background, right hand coil b. Parallel strands, sugar-phosphate background, left hand coil c. Antiparallel strands, sugar-protein background, left hand coil d. Parallel strands, sugar-phosphate background, right hand coil 22. According to Chargaff’s rule, if a strand of DNA contains 14% guanine, how much cytosine does the DNA strand contain? a. 28% b. 86% c. 7% d. 14%23. Why is DNA replication considered semiconservative? a. The two parental strands reassociate after acting as templates for the two new strands, thus restoring the parental double helix b. The two strands of the parental molecule separate and each functions as a template for synthesis of a new, complementary strand c. Each strand of both daughter DNA molecules contain a mixture of old and newly synthesized DNA d. The strands are partially replicated before reassembly 24. Which of the following is not a requirement for DNA replication? a. dATP, dGTP, dCTP, dTTP must be present b. Enzymes c. Source of chemical energy d. Fatty Acids 25. Which enzyme unwinds the DNA helix as DNA replication occurs? a. Helicase b. Topoisomerase c. DNA primase d. Single-strand binding protein 26. Which of the following is not a function of DNA polymerase? a. Adds nucleotides to primer b. Matches template bases with complementary bases c. Proofreads and repairs d. Keeps DNA helix from supercoiling 27. Which enzyme joins the fragments of the lagging strand of DNA? a. Topoisomerase b. Helicase c. DNA ligase d. DNA primase 28. Which of the following is not a type of DNA repair? a. DNA proofreading b. Mismatch repair c. Excision repair d. Deletion repair29. Which end of the DNA strand are new nucleotides added to? a. 5’ b. Lagging strand c. 3’ d. Leading strain 30. Which of the following abides by the base pairing rules? a. A pairs with G b. C pairs with T c. A pairs with C d. C pairs with G 31. The central dogma of molecular biology states a. DNA → protein → RNA b. RNA → protein → DNA c. RNA → DNA → protein d. DNA → RNA → protein 32. Which of the following is a correct pairing? a. RNA: thymine; DNA: uracil b. RNA: double-stranded; DNA: single-stranded c. RNA: ribose; DNA: deoxyribose d. RNA: phosphate; DNA: sulfhydryl 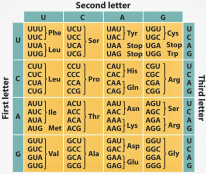 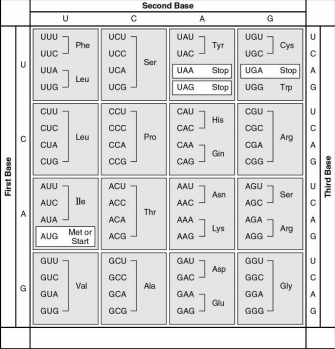 what is incremental plagiarism