a) What antigens are on the RBCs of individuals with type A+ blood?

b) What antibodies are produced by someone with type A+ blood?

5. Describe each of the following Hormone Interactions and give examples.  Interaction Description Examples Permissive effect Synergistic effect Antagonistic effect 6. On the next page, label the endocrine organs on the picture, list their hormones,  and give the action of those hormones.7.7. Disorders of the Endocrine System: Fill in the table describing disorders of the  Endocrine System. Disorder Description Destruction of the beta cells of the pancreas early in life  results in low levels of insulin production. As a result,  glucose cannot enter cells. Cushing’s syndrome Hypersecretion of hGH during adulthood causes bones of  the hands, feet, cheeks, and jaws to thicken. Addison’s disease Hyposecretion of ADH or the kidneys no responding  appropriately to ADH causes the body to excrete large  volumes of urine, resulting in dehydration and thirst. Myxedema Antibodies produced by the immune system stimulate the  thyroid gland resulting in hyperthyroidism, often  accompanied with protrusion of the eyes. Giantism Target cells become less sensitive (resistant) to insulin.  Most commonly seen in obese people over the age of 35. Pituitary dwarfism

c) What type of blood can someone with type A+ receive?

If you want to learn more check out underextension speech

We also discuss several other topics like uh kinesiology

2. Identify structures of the heart (from the table above) on the following pictures of the  Heart Model found in the laboratory. 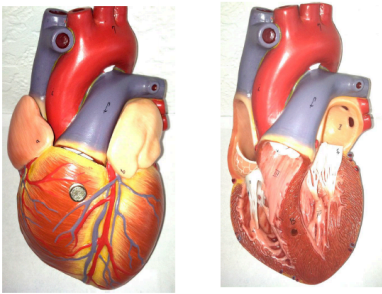 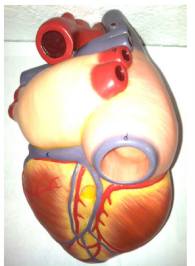 If you want to learn more check out sin 2u

We also discuss several other topics like sin 2u