OSU / Mechanical Engineering / MECHENG 2010 / What are the principles of Newtonian Mechanics?

What are the principles of Newtonian Mechanics?

What are the principles of Newtonian Mechanics?

Rigid bodies : will not change shape under force

Elasticity: deformation is recoverable (ME 2020)

We also discuss several other topics like What are the 5 functional traits that living things have in common?

We also discuss several other topics like How computer systems work?

Absolute Concept: independent of each other

We also discuss several other topics like What are the points to remember when thinking of genetics?

Rigid Body: composed of multiple particles at fixed distances from each other

Vector: need both magnitude and direction 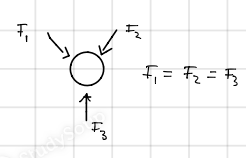 We also discuss several other topics like How do I install software on a new personal computer?

Imbalance in forces: body wants to move under acceleration

FaDon't forget about the age old question of psy 240 purdue

To every action, equal and opposite reaction

If you want to learn more check out What is the difference between human and nonhuman subjects?

What are the two main approaches to study thermal energy?

What is ta transnational phenomena?