o There is always a pattern of how people vote

o Perfect policy-rules of the game

1. RULES MATTER because we can take advantage of perfect policy by  determining these rules

2. There is no such thing as RIGHT VS. WRONG, it is just different

shades of grey. Everything depends on context…

o “winter birds”- older people who leave up north, due to the cold, & move to  warmer states (Florida, Arizona, etc…)

o non-Hispanic white population is decreasing in terms of percentage= no longer  the majority. (general average of the country, as well as Texas)

Why doesn’t Western Europeans want to come to the US?

▪ Huge possibility that the Hispanic population will take over the non

Hispanic white population within a couple of years (majority will vote

- ***Foreign born, Hispanic & African American populations will continue to rise unless  we change.

o Prior to 1882, immigration of Chinese was tremendous If you want to learn more check out econ 2010 study guides

▪ Currently due to an authoritarian government

▪ They are so rich that they buy passports & new houses; they plan ahead,  even before they have children, to prepare a life for the children &  If you want to learn more check out bonds are a form of interest-bearing notes payable

▪ They will have their children in the US so that they will be citizens. When  they reach the correct age, they will be able to bring their parents to the

US as well; it’s like a big waiting game

• Forbid the migration of Chinese people into the US

Who is Lyndon B. Johnson?

• Determined that the Chinese workers were not good enough= no

longer allowed to come to the US

▪ Visa did not exist prior to this

▪ If they qualified, they were allowed to come to the US

o Will decline due to the education of women

- Why doesn’t Western Europeans want to come to the US

o 6-12 months off for maternity leave

o These are all things that the US does NOT offer

o We are the only country in the World without paid maternity leave o Instead of the Western Europeans immigrating here, it is the immigrants coming  from:

o Our founders created a new system out of nothing 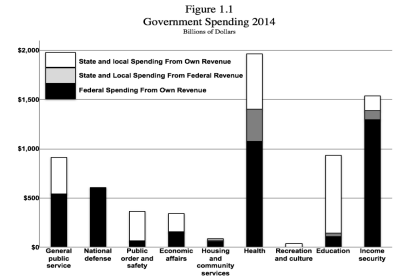 ▪ Do we see the results of our enormous healthcare spending? NO

▪ Our life expectancy has gone down the past two years; we are the only  developed country in the world to have this

o #1 in military & economy in the world

that state with the year

o Texas used to be a rural state

• Public policies are used to try & help this issue

• No jobs to offer= high unemployment

o simply says that there is a relationship… THAT IS ALL

o MUST HAVE A MINIMUM STRENGTH THRESHOLD

path, where will most of the acid go?