OSU / Behavioral Science / PSYCH 3313 / Where does the primary visual cortex sends its information? 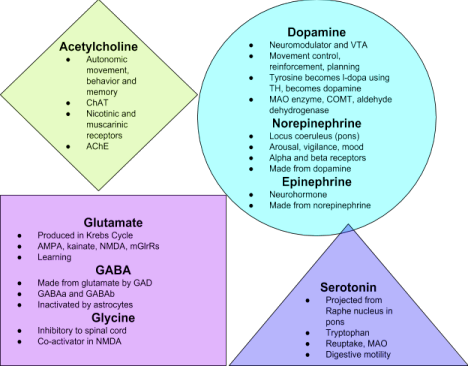 What are the 5 stages of brain development?

○ Adenosine inhibits neurotransmitters, correlated with drowsiness ● NeuropeptidesDon't forget about the age old question of What does baroque style mean?
We also discuss several other topics like What is an empirical research design?

■ Digestive functions If you want to learn more check out What has the least amount of estrogen receptors tonic center or surge center?

○ Diffuse through membrane and interact with receptors

What is the study of pharmacology?

Choline and acetate combined by ChAT

Don't forget about the age old question of What is hemagglutination, and when is it used?

● Agonist - mimics or enhances the effect of a neurotransmitter ○ Activates receptor

○ Bobby pin in a lock

● Antagonist - blocks or decreases effect of a neurotransmitter 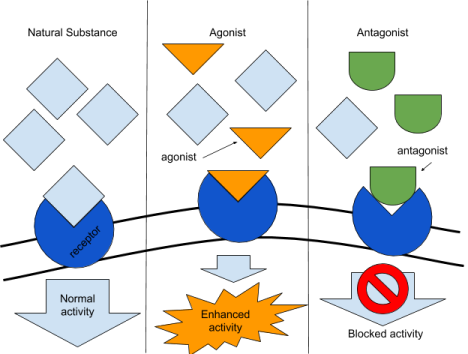 ■ Affects the amount available for release

■ Affects vesicles in a neuron

■ Block synaptic activity by bonding to the active site

■ Influence activity of the receptor

Amphetamine - stimulates and blocks reuptake of dopamine and norepinephrine

○ Exons - pieces of chromosome that code for a protein

● Heritability - variation of a trait observed in a population

○ 0 = genes are not involved

○ X = X% of variation is due to genetic differences

■ DNA modification - transcription may be enabled or stopped

● The brain forms the hindbrain first and the telencephalon last

a. Cells are totipotent - have the ability to develop into any cell of the body i. Unlimited capacity of self-renewal

i. Pluripotent - have the ability to be any type of neural cell

i. Mitosis of neural or glial progenitor cells

i. Dorsal half - sensory neurons

i. Use hox genes

b. Growth cones - swelling at the axon end of a neuron with sensory and motor capabilities that form connections with other neurons

c. Synaptogenesis - axons make new synapses when they reach their destination d. Activity dependence - initial interactions in a synapse determine the activity the neuron specializes in

b. Neurons compete for NGF​ from target cells, cells that do not obtain enough experience apoptosis

i. NGF is a chemical called neurotrophin, they interrupt cell suicide

a. Synaptic pruning - brain produces extra neurons and synapses that must be eliminated, keep only the most efficient neurons and routes

b. Late or off-target neurons die

d. Synapse is strengthened when used a lot and weakened when not used at all

○ Pupil​ - hole in eye that lets light in

■ Accomodation​ - change the lens shape depending on the distance

● Convex​ - focus on a near object

■ Tapetum lucidum​ - animals have reflective, shiny membrane at the back of the eye

○ Resting potential in the dark is -30 mV

○ Positive ions flow in because sodium channels are kept open by cGMP, a second messenger

○ There is a reduction in glutamate, bipolar cell knows a photon has been caught ■ The more photon, the less neurotransmitter

● Retina structure - reference the picture on pg. 184 of the textbook

■ Midget - input from one cone to ganglion cells

● Center - direct input from a set of photoreceptors

of light on the surround

○ Amacrine cells - communicates information between bipolar and ganglion cells ○ Ganglion cells - each cell has an axon that forms the optic nerve as it leaves the retina, uses action potentials

■ Fibers cross to opposite hemisphere at optic chaism

■ Receptive field is elongated, responds to stimuli shaped like bars of a particular slant or orientation

■ Preferred stimulus size and orientation, but not location in the visual field

○ Ocular dominance column - responds to input from either left or right eye, but not both

● Shows how to interact with object

● Akinetopsia - motion blindness caused by damage to the

● Responds to different shapes and color

● Prosopangnosia - face blindness caused by damage at the

fusiform area in the temporal lobe

■ Color vision is based on a combination of

■ Color vision based on exciting one color and

○ Monochromacy - one/ no cone photopigments

■ Astigmatism - unevenness in the shape of the cornea

● Sensory adaptation - stimulus is greatest when we first perceive it ● Processing

● Sound is produced by a collision of molecules

the bones of the inner ear

● Round window bulges out to release pressure

■ Connects to round window

○ Can also swing the other way and close K+ channels,

○ Waves pull these hairs back and forth with every

wave, constantly change the polarization of these

○ Superior olive - where input from both ears converge

○ Firing a single neuron at a distinct point in the

period of a sound wave

○ Multiple neurons can provide a temporal code for

frequency if each neuron fires at a distinct point but

does not fire every period

● Low pitch = in center of coil

What is a theory?

How do pentecostal healing and neoshamanism compare to traditional shamanism?