CMU / Health Sciences / HSC 214 / It is a buildup of plaque that causes a heart attack. what is it?

Description: These notes cover fetal heart pathways and the structure of our hearts and vessels

∙ The cardiac veins all drain into the coronary sinus, a large vein that lies in the posterior coronary sulcus

If you want to learn more check out What is a measure of how far a reaction proceeds until it reaches chemical equilibrium and there is no further product concentration increase?

What is a pacemaker of the heart?

∙ The atria contract first then the ventricles

∙ Leading cause of death in the united states is heart disease If you want to learn more check out What is the best way to avoid unintended pregnancy?

Ischemia= buildup of plaque that causes a heart attack 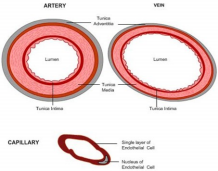 We also discuss several other topics like What is metamemory?

C= tunica externa We also discuss several other topics like What are the four beliefs of qadar?

∙ Systemic veins hold the majority of the blood at rest

∙ After birth, if blood is allowed to flow from the left atrium to the right atrium,  the foramen ovale did not close (this is located between the right and left  atrium and allows blood to bypass the lungs and once you take your first  breath this flap closes. if it does not then they can go in and shut it)

- Allows for blood to come from another portion of the body to help come in  and aid in damaged tissueIf you want to learn more check out What is a graph that describes the maximum amount of one good produced for every possible level of production of the other good?
Don't forget about the age old question of Who is mikhail gorbachev?

- This can occur during exercise or the fight or flight response

Lumen= the space within a vessel through which blood flows through

Sinusoids= capillary that has a large gap in its walls and has a discontinuous or  absent basement membrane; found bone marrow, the spleen, and the liver; allows  for the transport of larger particles such as proteins or cells 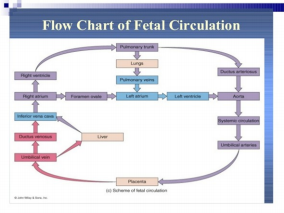 What are the five rules for success?