ARC / Chemistry / Chem 400 / Which orbitals do not exist based on the rules of quantum mechanics?

Electrons in Atoms, Electromagnetic Radiation, and Quantum Mechanics ● The Bohr Model of the Atom was inspired by light from excited gases that comes out in specific colors, not a continuous spectrum

● Balmer​: Equation of a Wavelength

● Rydberg’s Wavelength Equation​ (more generalized): ​this equation gives the wavelengths of light from excited atoms, but the n values have no physical meaning ○ = R where R= 1.097 x 10 1λ (7m

What is the element represented by this electron configuration?

● Only certain n values are allowed (n=1, n=2...n=8,n=9) only whole #’s, no decimals ● It was discovered that particles that are fast moving have wave-like behavior ● DeBroglie Wavelength: λ =hmv

What are the steps of the born haber cycle? 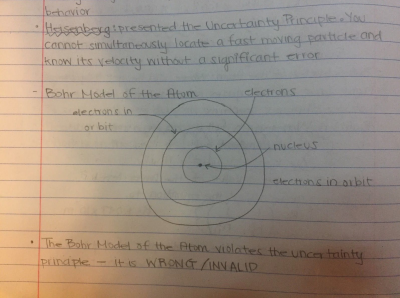 We also discuss several other topics like When do circadian rythms occur?

● Heisenberg:​ Presented the Uncertainty Principle. You cannot simultaneously locate a fast moving particle and know its velocity without a significant error

● Bohr Model of the Atom​: It is an inaccurate representation of the atom because it violates the uncertainty principle

● Although the Bohr Model of the Atom is invalid, here are some things we can learn from the model:

○ Energy levels of the electrons are quantized

○ There is a ground state, where the electron cannot go any lower. Bohr’s calculation of the distance between the electron and nucleus is correct

● Quantum Mechanics: ​Gives us volumes in space where the electron is likely to be found. To honor Bohr, we call these volumes, orbitals We also discuss several other topics like What is the purpose of retrenchment?

● The meaning of n

■ We say that the the principle quantum number of the first orbital is n=1 ○ The Second Orbital (n=2) has two possible shapes. The second orbital is shaped like a dumbbell

○ The Third Orbital (n=3) has three possible shapes. The third orbital is shaped like a propellor

● The meaning of L

○ The second dumbbell orbital n=2 is represented by L=1, and so on… ○ Each of the l orbitals is given a letter designation 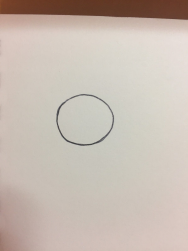 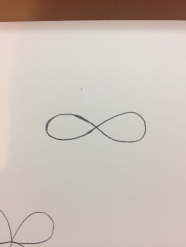 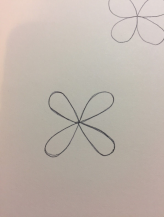 Don't forget about the age old question of How were the storming of the bastille and the women's march?

● The meaning of mL If you want to learn more check out How proteins and carbohydrates are digested and absorbed by the body?

○ ml gives the direction of the orbital in space

● The meaning of ms

○ All elements with have a ms = ± 21 If you want to learn more check out Why do monkeys with parietal lesions find it difficult to finish landmark tasks?

How to Calculate it

● Energy Diagram: Filling order is increasing energy in multielectron atom. Based on the n+L value

● This diagram is based on energy

● The energy of an orbital in a hydrogen atom is based only on n, but in a multielectron atom it is based on n + L Don't forget about the age old question of What are stored in the semantic memory?

● Reason for difference in energy

○ Other electrons are present in the multielectron atom

○ This leads to:

■ Higher charge in the nucleus

● Every orbital has 3 quantum numbers to define it (n, L, mL)

● E.g. which orbital(s) do not exist based on the rules of quantum mechanics? 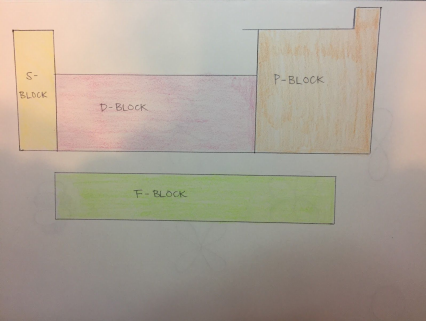 ● E.g. Electron Configurations for the Exceptions 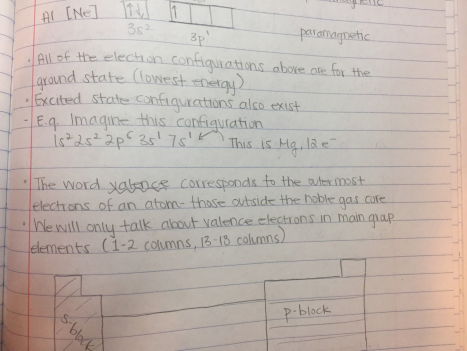 ● Diamagnetic: ​Atoms with no unpaired electrons

● E.g. What is the element represented by this electron configuration? Answer: Mg

● Valence​: The word valence corresponds to the outermost electrons of an atom (aka those outside the noble gas core)

● Isoelectric​: having the same number of electrons (i.e. Ca+ and K are isoelectric) ● Atomic Radius​: ​The distance between the nucleus and the outermost electrons of an atom

● Ionization Energy​: The energy required to remove an electron from an atom ○ Always endothermic, always measured in the gas phase, implied to be the first ionization energy, but successive ionization energies exist

● Successive energies are always higher than the previous one for Ionization Energy ● Electron Affinity​: ​The energy released or absorbed when an additional electron is added to an atom (measured in the gas phase)

● Periodic Trend for Radius of Atom 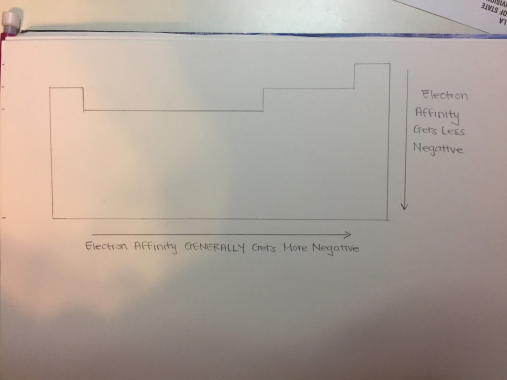 ○ Electron affinity is not as easy to generalize, Alkaline Earth metals and Noble Gases are positive

● E.g. What element does this list come from? (2nd period)

○ Because there is a big jump to take the 5th electron out, this atom must have 4 valence electrons. Therefore, the answer is Carbon

● Metallic Behavior: ​To act like a metal (Cesium is the most metallic element) ○ Shiny

What do models do for us?

What do you mean by membrane asymmetry?