Description: This study guide covers everything that will be on the second macroeconomics test.

How the supply of and demand for loanable funds determines the market equilibrium interest rate?

*Short answers questions will be drawn from starred items

What causes the consumption function to shift and in what direction?

We also discuss several other topics like How does political violence differ from other forms of violence?

o Budget deficit = how much the government will borrow

∙ With some rearranging of the Open Economy Saving­Investment Identity, we get: o S + NCI = I + (G – T)

3. The concept of future value and how to use the formula for future value ∙ Basic concept: A sum of money in­hand today will have a greater value because the  money can be used to purchase an interest­bearing financial asset, which will allow the  sum to grow

∙ Future Value (FV) of a present value in­hand (PV) is determined by:

How to do calculations involving the consumption function, the mpc and the mps?

If you want to learn more check out Be able to describe binary fission in bacteria and archaea?

∙ FV = PV(1 + i)n, where i is the nominal interest rate on the financial asset and n is the  number of years in the future that the future some will be obtained

4. The concept of present value and how to use the formula for present value ∙ Basic concept of Present Value (PV)­ A dollar received at some point in the future is  worth less than a dollar today because a person could put some amount less than a dollar  into an interest­bearing financial asset today and receive a full dollar at that point in the  future

5. Net present value and how to use it to determine whether an investment project is profitable ∙ Net Present Value (NPV) of the project is the sum of cash flows of an investment project, with cash outflows recorded negatively, cash inflows recorded positively, and each cash  flow discounted to its present value We also discuss several other topics like What are the differences that arise when costs of inventory change over time?

∙ NPV = [­(initial cash outflow) + (cash inflow 1 year from now)]/ [(1+i)2 + …] ∙ If and only if NPV is positive is the project profitable because PV inflows exceeds PV  outflows. If NPV is negative, the project is NOT profitable

*6. Sources of supply and sources of demand for loanable funds

o The government, if running a budget surplus

o Foreign entities, if the country is running a trade deficit (NCI > 0)

o The government, if running a budget deficit

o Foreign entities, if the country is running a trade surplus (NCO > 0)

*7. Why the quantity of loanable funds demanded is negatively related to interest ratesWe also discuss several other topics like What percent of u.s. companies were planning an increase in international business activity in 2017?

∙ Budget deficit: if the deficit rises, then there will be more demand for loanable funds at  any given interest rate

∙ Inflationary expectations: if expected inflation increases, then expected real interest rate on a loan goes down at any given nominal interest rate. There is more demand for  loanable funds because in real terms, credit is cheaper

∙ Business optimism: if businesses become more optimistic about future economic  conditions and profits, then NPVs on investment projects go up. Therefore, investment  spending rises and so does the demand for credit

∙ The NCO: if trade surplus rises, then foreign entities borrow even more from the  domestic financial system than before

*9. Why the quantity of loanable funds supplied is positively related to interest rates ∙ The higher is the nominal interest rate, the more attractive it is for households to save  rather than consume; therefore, quantity supplied will increase

∙ Inflationary expectations: if the expected inflation rate rises, then the expected real  interest rate received on a loan falls. So, at any given nominal interest rate, fewer  quantities of loanable funds will be forthcoming

∙ Households’ preferences regarding consumption vs. spending: if households become  fearful of the future economic conditions, then at whatever interest rate one considers,  they will save more. So, quantity supplied of loanable funds would increase

∙ Government budget surplus (if it has one): if surplus goes up, then government supplies more loanable funds, whatever the interest rate may be

∙ NCI: if trade deficit grows, then foreign entities supply more funding to domestic  financial system, whatever the interest rate may be

11. How the supply of and demand for loanable funds determines the market equilibrium interest rate

∙ More funds are being offered as loans at an interest rate of i than borrowers are willing to  borrow (QSLF1>QDLF1).

o There is a surplus

12. Analyze the effects of a change in supply of or change in demand for loanable funds on  interest rates and the dollar volume of loan transactions

o Lower interest rates and volume of borrowing and lending:

o Graphically shown as a rightward shift of the supply of loanable funds curve, or  SLF

∙ Ex. Suppose government budget swings from a deficit to a surplus

o The government is no longer a borrower: DLF decreases, shown as a leftward shift of the demand of loanable funds curve

o The impact on QeLF is ambiguous

∙ What will total investment spending be?

∙ Ex. Suppose that, on average, firms can get financed at a 5.5% interest rate (or that they  Assume that if the rate of return on an

could buy financial assets yielding 5.5% as an alternative to investing in new physical  investment equals the financing cost, the

capital) and that economy­wide, total investment expenditures of the following

firm will go ahead and invest.

∙ Suppose firms could get financed at 4.5%  instead. What would investment spending  be now?

*14. The concept of liquidity

*15. Crowding out of investment

∙ However, crowding out may not occur if the economy is depressed

∙ Autonomous Consumption (A)­ Component of C that does not depend on disposable  income. This amount of consumption spending would occur if Yd were, hypothetically,  zero. A>0

o Financed through sales of previously accumulated assets to foreigners

17. What causes the consumption function to shift and in what direction

∙ Households’ expectations of their future economic prospects: If households become  more confident about the future, they will spend more today

18. How to do calculations involving the consumption function, the MPC and the MPS ∙ Ex. Suppose that an increase in Yd from $100 billion to $110 billion causes C to increase  from $90 billion to $98 billion. What is MPC?

19. The saving function, including all related concepts, such as the MPS

∙ Remember, (1 – MPC) is Marginal Propensity to Save (MPS), or how much S rises with  each $1 increase in Yd

20. What causes the saving function to shift and in what direction

∙ Both the consumption function and the saving function are drawn ceteris paribus, so all  non­income determinants of C and S are being held constant.

∙ If one of these non­income determinants changes, then both C and S functions will shift  in opposite directions

o At each level of Yd, S is now lower (indicated by an downward shift)

*22. The aggregate expenditure function, its slope, where it is positioned relative to the  consumption function, and the economic reason it slopes up

∙ Parallel to the consumption function but shifted vertically by Ip

∙ As Y rises, so does Yd, which causes C to rise, and in turn AE

23. The AE­Y graph and how to use it to find changes in inventories

∙ When production exceeds AE, inventories of unsold goods must be growing

∙ If more is sold than produced, inventories shrink

24. The equilibrium level of Y on the AE­Y graph and why national income and GDP tend to  gravitate toward equilibrium

∙ Macroeconomic equilibrium occurs on a graph at Ye and GDPe

∙ At this level of production, total spending equals total production, so firms have no  incentive to change output levels

25. How to do calculations involving the AE equation, including how to calculate Ye, unplanned  investment, etc

o It is a form of spending on firms’ output

o It is not a form of spending on firms’ output­ in fact, it stems from a lack of  spending

o It is considered unplanned because firms cannot completely control it since it  depends, in part, on sales volumes

∙ Investment, in the sense of Gross Private Domestic Investment (I) = Ip+Iu

27. What causes investment spending to change and in which direction

*28. How the circular flow diagram can be used to show the multiplier effect

*29. How the AE­Y graph can be used to show the multiplier effect 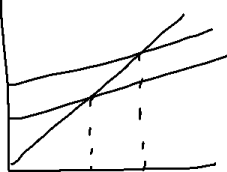 ∙ Notice that the fall in Ye is much  larger than the fall in Ip, due to the  multiplier effect

30. How to do calculations involving the spending multiplier

*33. Why investment is self­financing, according to Keynesian economics, including the relevant graph and all causal connections 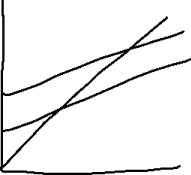 *34. Full analysis of the paradox of thrift, including the relevant graph and all causal connections S, Ip 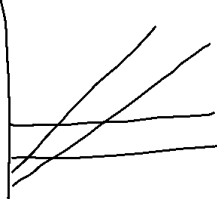 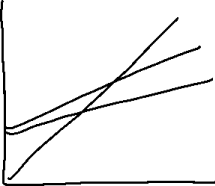 ∙ The thriftier population now has a  smaller income stream out of which  to save. There is no change in how  much they end up saving

∙ Note: if “induced investment” were  present (Ip rose as the current level of  GDP and Y rose), then saving would  end up falling

What is the definition of attitudes?

What is the thevenin and norton equation?