Description: This study guide covers the last unit learned that will be on the final

What is an example of static equilibrium?

How is angular momentum defined?

15. ac = v2/r = w2r Don't forget about the age old question of How do you calculate the weighted average cost of capital?

I = Moment of Inertia

If you really want a good grade, go through all of my other study guides listed on my StudySoup account. You will get an A then.

Chapter 12 - Rotation of a Rigid Body:

Rigid Body- An object whose size and shape does not change as it moves Rotational Kinematics:

12.2 Rotation About the Center of Mass:

12.3 Rotational Energy: We also discuss several other topics like Where is antitragus located?

-Object’s I depends on the axis of rotation, because that changes the r values Krot = ½Iw2

Objects with larger moment of inertia are harder to rotate 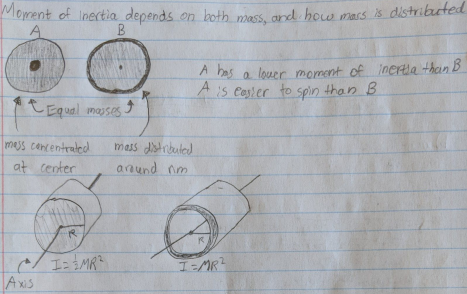 Emech = Krot + Ug = ½Iw2 + MgycomIf you want to learn more check out What does the circular flow model demonstrate in Economics?

12.4 Calculating Moment of Inertia: We also discuss several other topics like What is the power of media?

The momentum of inertia depends upon the axis of rotation

To find the moment of inertia of an off center axis: I = Icom + Md2 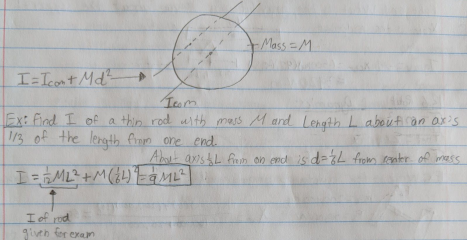 The ability of a force to a cause a rotation depends on three factors:

1) Magnitude of the Force, F

2) Distance, r, from the point of application to the pivot

3) Angle at which the force is applied

a) Angle is measured counterclockwise from the dashed line of the rotation of axis All these factors add up to create Torque​, T

Just putting the equation Tnet =Iα into use 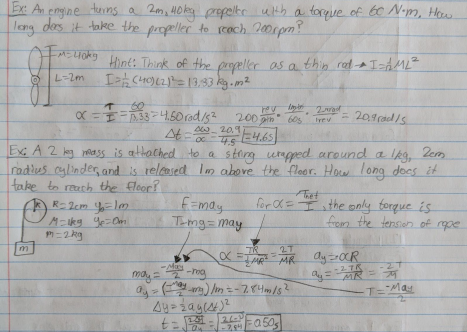 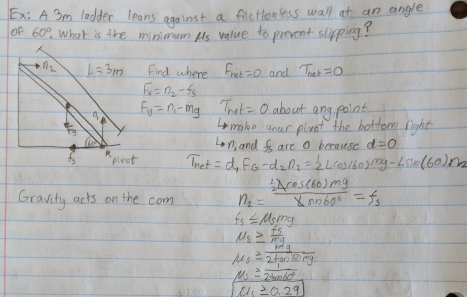 p = mv (momentum as we know from previous chapters) 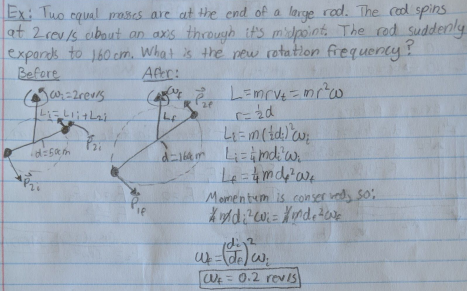 L = Iw, in the direction of the right hand rule

m = lesser, which is always the satellite

What are the effects of ads on the consumer?

What is the main theme of the poem a far cry from africa?