● Identify features and relationships of a phylogenetic tree. - Phylogenetic systematics – classification and study of organisms

based on their evolutionary relationships

- Hypothesis of evolutionary history of species or group of species,

- Relationships within a tree:

What forces explain the flow of water through the xylem?

- Taxon: each tip on a phylogeny•

- Root: the hypothesized position of the common ancestor for all  We also discuss several other topics like What causes problems according to daoism?

- Nodes represent hypotheses about common ancestors - Monophyletic group/clade: All descendants of the group’s

- Paraphyletic group: Some descendants of the group’s common

ancestor, with some left out

- Polyphyletic group: a group not representing a proper clade or

What are the stages of the alternation of generations life cycle of a flowering plant?

- A way of dating when divergence events occurred

- Molecular clocks rely on neutral mutations and a relatively

- Mutation rates differ between genes, so different genes are used

points, such as fossils

● Understand the implications of horizontal gene transfer. - Obtaining genetic material from another organism without being

● What are microbes? If you want to learn more check out What is the difference between sex & gender?

- Communities of microorganisms that live in or on other

- Tens of trillions of microbes from hundreds of different species  live inside each person, conferring beneficial services such as

- This association is a type of symbiosis (“together

life”)•Obviously, such associations are of key medical interest - •Microbiomes foster the exchange of genetic material through

- HGT is particularly prevalent among bacteria and archaea ● Understand the Archaea

share with bacteria, suggesting they together comprise a clade - The Archaea includes many extremophiles: organisms adapted to

origin of life and the possibilities for extraterrestrial life

- Archaea have distinctive membrane lipids formed with ether  bonds rather than ester bonds; these are more resistant to

extremes of heat and other conditions

- Most have a wall made of protein instead of peptidoglycan - Several groups occupying watery habitats produce methane,

which is a powerful greenhouse gas; this needs to be studied to

● Know about the diversity of bacterial phyla

- Cyanobacteria show the variety of body types possible in

- Colonies: groups of cells held together with mucilage

● Understand the ecological and medical importance of bacteria - •Bacteria undergo binary fission, allowing them to rapidly

- Some bacteria can survive harsh conditions as akinetes(thick walled, food-filled cells) or endospores(protective walls that form  around DNA and other materials within the cytoplasm)

● List as many plant adaptation to land as you can.

● Identify the most ancient and the most recent plants on earth today. - Ancient- Liverworts (land plants) 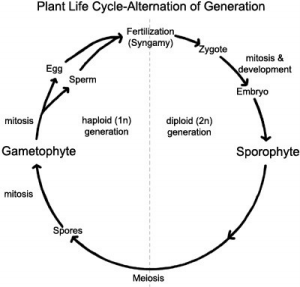 ● Outline the plant life cycle (AKA: alternation of generations).

● Discuss possible reasons why angiosperms are the most diverse group

- They are seed plants and flowering plants

● Describe the characteristics of a fungus.

● Explain the roles of fungi in the natural world.

● Describe the characteristics of an animal.

● List the features used to classify animals into groups.

- Several characteristics that will be examined in each phylum - Tissues

- Radial symmetry (can cut along any plane and it will

- Bilateral symmetry (Can only cut down the middle)

- Absent - body is not segmented in anyway

- Present - repeated sections of the body

● Name some of the major invertebrate animal phyla and describe their  defining characteristics.

- Coanocytes - line the inside and ove water using flagella  - Amoebocytes

- Release sperm into water which meet up with eggs of

- Flagellated larvae -> single cell that can swim and move from  original

- Mouth/anus is the same opening

There are 3 clades of bilateral animals

rest of body sits on top

1. Setae - chitin bristles (small hairs on outside that

2. Has a complete gut

1. Sexual - male and females, or hermaphrodite

1. Exoskeleton -> made of chitin and proteins

a. 6 pairs of appendages

● Name the major phyla and sub-groups of the Ecdysozoa and

Deuterostomia and describe their defining features.

- Has a complete gut

- Sexual - male and females, or hermaphrodite

- Exoskeleton -> made of chitin and proteins

- Vertebrata - talked about below

● List the main distinguishing characteristics of vertebrates.  - living endoskeleton. internal skeleton that grows with the animal

- pharynx and efficient respiration. improved oxygen flow into the

● Compare and contrast the features of the 7 major clades of vertebrates and the critical innovations of each group (Figure 26.1).

7 Vertebrate clades, must know all of them, Bold = clade, italicized =  group/development

iii. Has a notochord (cartilige rod to support the body),

b. Sharks are the first to develop teeth

3. Swim bladder to help them stay a float

○ No bones in the fin

○ Bones in the fin

○ Can live on land, must reproduce in the water

○ All have hair

○ Only vertebrates with specialized teeth

● Define the California Floristic Province and recognize the significance of

- A zone of Mediterranean type climate

- Is one of several floristic provinces around the world which are

- 60% of the plants in this area are endemics, through a lot of  plants in California are invasives, meaning that among native

plants, the proportion of endemics is significantly higher  - 37% of the province is under protection

- California has a wide variety of soils and geological formations,

- Ecological interactions are subject to evolutionary change, and

form the context in which such change occurs

- Ecological interactions are also subject to change through the  extinction of species and communities, whether through

- The types of interactions that evolve can be very similar in  different time periods, but the species composition of

ecosystems will change as some species become extinct and

● Explain the relationship between the greenhouse effect and global

- Atmospheric gases absorb infrared energy and radiate it  back to surface

● Explain the relationship of temperature and precipitation to the 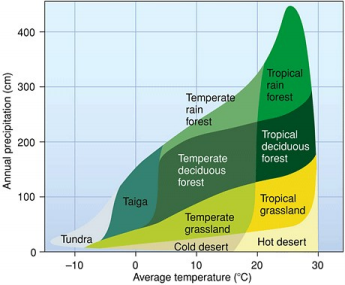 - The middle will be hot due to the circulation and it is the equator. ● Describe how landmass features may influence climate. 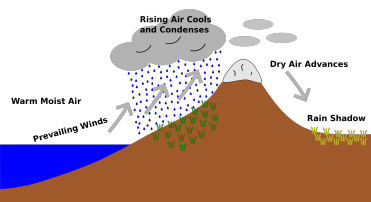 - Rain shadow: a region having little rainfall because it is sheltered

from prevailing rain-bearing winds by a range of hills.

- One side is a desert and the is green and healthy

- Terrestrial Biomes: they are land

- Aquatic Biomes: they are water (lakes, Oceans, ponds) ● Explain why biodiversity is distributed in the way that it is - Proposed by Alfred Russel Wallace

- Has been updated since his time, but the basic idea remains the

same: distributions of different organisms are confined to regions - These regions largely correspond to continents but more

precisely to areas bounded by barriers to dispersal

● Describe and give examples of ways to estimate population size - Population Size/Abundance:

- number of individuals in a population

- number of individuals per unit area

● Calculate population growth and describe all of the components that

● Describe the difference between exponential and logistic growth, and

plot an example figure for each type of growth curve.

- Logistic has a carrying capacity (limitation)

● Name and identify the different types of species interactions - Species Interaction: direct and indirect effects that organisms in

a community have on one another.

- Negative for both species

- Experiment: Grow 3 spp of Paramecium (a,b,c) in tubes with bacteria

- B- (grown with other species) smaller population

- C- (All together) smaller population

- Niche- Range of environmental condition that allows a species to

that enables similar species to coexist

- Classified by lethality (!) and length of interaction

● Describe how age structure and fertility play into human population

growth around the world

● Explain the concept of an ecological footprint

● What is an electronegative atom? (57% correct)

- Attracts electrons towards itself

● Which plant features provide information to classify eudicots and

- Number of cotyledons, the root system pattern, the pattern of  veins and leaves, and the arrangement of vascular tissue in the

● What forces explain the flow of water through the xylem?(31% correct) 18

- A water pressure gradient, cohesion of water molecules, and the

evaporation from the leaves

● Study the components of a homeostatic control system, especially the

4. Response / effector(shivering increases heat production) - Body temperature has to stay at a regular tempter or that could cause

many harmful things to the body. When you get to hot you get sick and

same goes for when you get too cold.

● Identify the BEST definition of homeostasis. (37% correct) - Adapting to change in the environment and maintaining internal

● Which type of muscle is under involuntary control AND controls the

movement of contents within many organs? (58% correct)

● Define the relationship between the neuromuscular junction and

● Which characteristics match the anatomy of veins? (55% correct) - Few layers of smooth muscle and connective, wide lumen, one

● Which nitrogenous waste requires the most energy to produce?

- A region of DNA where sister chromatids associate

● How many cells are produced in Meiosis I and II? Are the cells diploid

- The two alleles for a given gene are distributed randomly among

● Which macromolecule do the majority of scientists favor as the “first”

to be found in protobionts? (52% correct)

● A species that has three pairs of homologous chromosomes can have  how many different combinations of chromosomes in the gametes?

What are the responsibilities of the prosecutor?

Whose interest should a company serve?