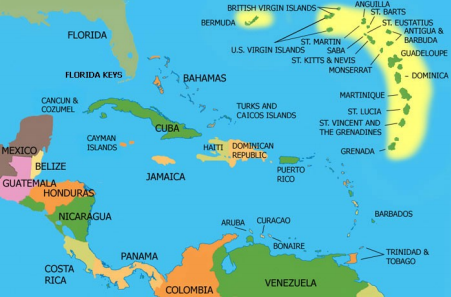 Globalization: The process by which businesses or other organizations develop  international influence or start operating on an international scale.

Scale: A linear scale is a bar or line graphic that shows the distance on the map  that is equal to a real-world distance, such as 100 miles. Linear scales are also  called bar scales or graphical scales.

Formal and functional regions: Formal regions are used to identify specific  areas defined by a characteristic, like an ocean or continent, while functional  regions are used to define areas containing a kind of service, such as cable  television, or points on a map that are a terminal for an activity, such as travel or communication via telephone.

What types of tools were used by early geographers?

Global economy: The world economy or global economy is the economy of the  world, considered as the international exchange of goods and services that is  expressed in monetary units of account.

What are the main types of maps?

∙ World Bank: The World Bank is an international financial institution that  provides loans to countries of the world for capital projects.

∙ United Nations: The United Nations is an intergovernmental organization tasked to promote international co-operation and to create and maintain  international order. A replacement for the ineffective League of Nations,  the organization was established on 24 October 1945 after World War II  with the aim of preventing another such conflict. At its founding, the UN  had 51 member states; there are now 193. The headquarters of the UN is  in Manhattan, New York City.

∙ Latitude: Geographic coordinate that specifies the north–south position  of a point on the Earth's surface.

∙ Longitude: Geographic coordinate that specifies the east-west position of a point on the Earth's surface. We also discuss several other topics like Are frequency and wavelength inversely proportional?

∙ Prime meridian: A prime meridian is a meridian (a line of longitude) in a  geographical coordinate system at which longitude is defined to be 0°. ∙ GPS: Global Positioning System, an accurate worldwide navigational and

surveying facility based on the reception of signals from an array of  orbiting satellites.

∙ Remote Sensing: The scanning of the earth by satellite or high-flying  aircraft in order to obtain information about it.

∙ Thematic map: A type of map especially designed to show a particular  theme connected with a specific geographic area. These maps "can  portray physical, social, political, cultural, economic, sociological,  agricultural, or any other aspects of a city, state, region, nation, or  continent". If you want to learn more check out Who coined the term subordinate acceptance?

∙ Choropleth map: A map in which areas are shaded or patterned in  proportion to the measurement of the statistical variable being displayed  on the map, such as population density or per-capita income.

∙ Population density: A measurement of population per unit area or unit  volume; it is a quantity of type number density.

∙ Rate of natural increase: The crude birth rate minus the crude death  rate of a population.

∙ Total fertility rate: The total number of children born or likely to be born to a woman in her life time if she were subject to the prevailing rate of  age-specific fertility in the population.

∙ Replacement rate: The number of children each woman needs to have  to maintain current population levels or what is known as zero population  growth for her and her partner.

∙ Population pyramid: Graphical illustration that shows the distribution of  various age groups in a population, which forms the shape of a pyramid when the population is growing.

∙ Cultural imperialism: The practice of promoting and imposing a culture, usually of politically powerful nations over less potent societies. ∙ Cultural nationalism: Form of nationalism in which the nation is defined  by a shared culture. Don't forget about the age old question of How do ocean basins form?

∙ Cultural syncretism: The social processes by which the beliefs and  practices of two unique cultures mix and create new cultural  characteristics.

∙ Lingua franca: A language that is adopted as a common language  between speakers whose native languages are different.

Nation-state: A sovereign state whose citizens or subjects are relatively  homogeneous in factors such as language or common descent.

∙ Colonialism: The policy or practice of acquiring full or partial political control over another country, occupying it with settlers, and exploiting it  economically.

∙ Decolonialization: The withdrawal from its colonies of a colonial power; the  acquisition of political or economic independence by such colonies ∙ Neocolonialism: The use of economic, political, cultural, or other pressures  to control or influence other countries, especially former dependencies.

∙ Human development index: A composite statistic of life expectancy,  education, and per capita income indicators, which is used to rank  countries into four tiers of human development.

∙ Inequality: Differences between countries levels of development and  growth

∙ Plate boundaries: Regions between plates; can be divergent,  convergent, or transform.

∙ Rift valleys: A large elongated depression with steep walls formed by the downward displacement of a block of the earth's surface between nearly  parallel faults or fault systems.

∙ Transform fault: A type of fault whose relative motion is predominantly  horizontal in either direction.

∙ Nonrenewable: Any resource which cannot be grown or produced at a  rate equal to or faster than its consumption.

∙ Renewable: Any organic natural resource which can replenish to  overcome usage and consumption, either through biological reproduction  or other naturally reoccurring processes.

Fracking: A well-stimulation technique in which rock is fractured by a  pressurized liquid.

Rain shadow: A dry area on the leeward side of a mountainous area (away from the wind). The mountains block the passage of rain-producing weather systems  and cast a "shadow" of dryness behind them.

Climate regions: A zone on the weather map that runs from the east to the  west around the Earth and that has a distinct climate.

Biodiversity: The variety and variability of life on Earth.

Postindustrial economy: A period of growth within an industrialized economy or nation in which the relative importance of manufacturing reduces and that of  services, information, and research grows.

∙ Boreal forest: Taiga, also known as boreal forest or snow forest, is a  biome characterized by coniferous forests consisting mostly of pines,  spruces and larches. The taiga is the world's largest biome apart from the  oceans. In North America it covers most of inland Canada, Alaska, and  parts of the northern continental United States.

∙ Tundra: A vast, flat, treeless Arctic region of Europe, Asia, and North  America in which the subsoil is permanently frozen.

∙ Prairie: Ecosystems considered part of the temperate grasslands,  savannas, and shrublands biome by ecologists, based on similar  temperate climates, moderate rainfall, and a composition of grasses,  herbs, and shrubs, rather than trees, as the dominant vegetation type.

Urban decentralization: The social process in which population and industry  moves from urban centers to outlying districts.

Edge cities: A concentration of business, shopping, and entertainment outside  a traditional downtown (or central business district) in what had previously been  a residential or rural area.

Gentrification: The process of renovating and improving a house or district so  that it conforms to middle-class taste.

∙ Federal: A political entity characterized by a union of partially self governing states or regions under a central (federal) government. Power  divided to different levels of government.

∙ Unitary: A state governed as one single power in which the central  government is ultimately supreme and any administrative divisions  (subnational units) exercise only powers that their central government  chooses to delegate.

NAFTA: The North American Free Trade Agreement is an agreement signed by  Canada, Mexico, and the United States, creating a trilateral trade bloc in North  America.

OAS: The Organization of American States, or the OAS or OEA, is a continental  organization that was founded on 30 April 1948, for the purposes of regional  solidarity and cooperation among its member states. Headquartered in the  United States capital Washington, D.C., the OAS's members are the 35  independent states of the Americas.

G8: The G8, reformatted as G7 from 2014 due to the suspension of Russia's  participation, was an inter-governmental political forum from 1997 until 2014.  Included France, Germany, Italy, Japan, Russia, Canada, the United Kingdom, and the United States

Neotropics: A zoogeographical or phytogeographical region comprising Central  and South America, including the tropical southern part of Mexico and the  Caribbean.

Altiplano shields: The Altiplano Basin is a sedimentary basin within the Andes  in Bolivia and Peru.

El Niño: A band of warm ocean water that develops in the central and east central equatorial Pacific including off the Pacific coast of South America

Latifundia: Large land-holdings in Latin America which originated as imperial  grants to settlers from the Spanish crown. With the incorporation of that  continent into the world economy they slowly evolved from a form of feudalism  into capitalist estates producing meat, hides, and crops for export.

Agrarian reform: Government-initiated or government-backed redistribution of  agricultural land or, broadly, to an overall redirection of the agrarian system of  the country, which often includes land reform measures.

Squatter settlements: Areas of unauthorized housing made from found  materials such as cardboard, metal, packing cases, plywood, etc. They generally  have no sanitation or electricity or water. Squatters settle on land, especially  public or unoccupied land, without right or title.

Effects of colonization in Latin America:

Effects of religion in Latin America:

∙ Influence from the pope

∙ Supranational: International organization or union in which member  states transcend national boundaries or interests to share in the decision  making and vote on issues pertaining to the wider grouping.

∙ Subnational: Maintained by a nation as an organized whole or  independent political unit

Mercosur: South American trade bloc established by the Treaty of Asunción in  1991 and Protocol of Ouro Preto in 1994. Its full members are Argentina, Brazil,  Paraguay and Uruguay.

CAFTA: A free trade agreement between the United States and Costa Rica, El  Salvador, Guatemala, Honduras, Nicaragua, as well as the Dominican Republic.

Maquiladora: A factory in Mexico run by a foreign company and exporting its  products to the country of that company.

Remittances: Money sent from a person back to their country of origin North American locations: 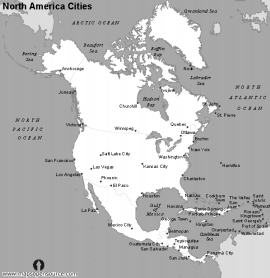 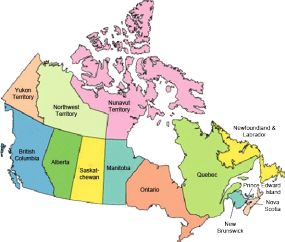 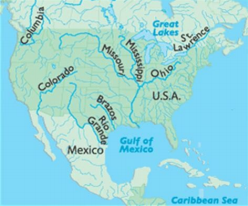 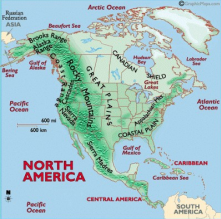 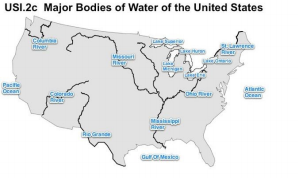 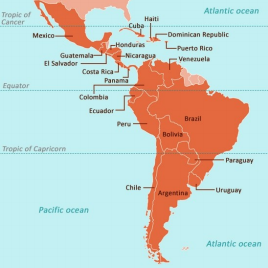 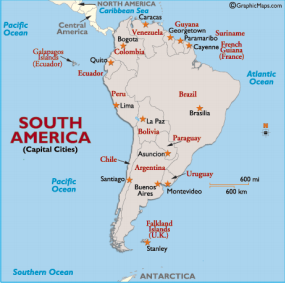 What is the function of a working fluid?

What is the study human fossils, environmental context, and other related evidence?