Description: This is a complete study guide going over the important things mentioned from lectures and in the book, in chapters 1-3.

Public Policy- the response, or lack of response, to gov’t decision makers  regarding an issue

2. Access and Representation: getting them to see the problem (Elected officials to advocate)

What term best describes the political culture of texas?

What are majority and minority groups?

o Denied statehood because slavery We also discuss several other topics like What is the basic plot of oedipus rex?
Don't forget about the age old question of What is the central description of humanism?

Political culture: values, beliefs, and attitudes about how gov’t and society should  function

Individualistic: Influenced by frontier experience and inhabitants that created a  sense of rugged individualism and limited gov’t

Population change Texas increase in pop than any other state 1990, 27%  increase in last 15 yrs.

#2 in size & population (very diverse) = increased representation in US congress  and population congestion  We also discuss several other topics like What is a domain in math?

Urban 88%-90% >Rural- and expected to increase (Urban, Suburban, Metros) Ex) West TX losing population, counties like Harris, Bexar, and Travis will increase Majority-minority: The minority is now the majority (50 yrs. ago was the opposite) Don't forget about the age old question of What is carbon fixation?

Economy One of the largest economies in the world on its own then: cotton, cattle, oil; now: PLUS, tech and services 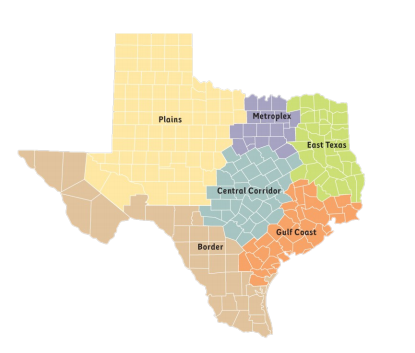 ∙ No slavery: freedmen allowed own property but banned from voting/holding  office. De-jure (poll taxes/literacy tests) & De-facto: discrimination against  blacks RACISM NOT ILLEGAL UNLESS ACTED ON

∙ No to paying back war debt

∙ $ for office holders increased, increase the size of state SC, congressional  appointment based on # of white males

Checks & balances (In Texas between: legislature, governor, and judiciary)

divided by many state officials

• rights can't be  reduced by

US controls states: TX receives 30% of budget from US

∙ Block Grant: how you use the $ is up to you

What it does: Lawmaking, Budget and Taxation, Oversight

H of R can impeach, Senate finds defendant guilty or innocent Legislature is a part-time job w/ low pay for the amount of work they do TX uses single-member districts (ex: mayor)

Sine die: legislature must adjourn at the end of regular session and, unlike most  state legislatures, cannot call an extraordinary session or otherwise extend a  session

∙ Appoints ½ of all committee seats and designates the chair  ∙ Joe Straus: current speaker of the house

Leadership can choose the committees to send a bill, allowing for more likelihood of  passage or less. They send bills to committees who

Committees in H of R & S

Types of Gerrymandering (political & racial as well) Packing: ramming many voters of one party into district

Cracking: tearing up dense pockets of party voters to dilute their votes

Stacking: merging 2 districts of the same party to force incumbents to run against  each other

∙ Franking privileges- free mail to vote for themselves

2. Sent to committee (By leadership)

3. Logrolling- I’ll support your bill, if you support mine

7. Both must pass! Usually if one dies the other die

8. If both pass; goes to conference committee where differences between the  houses to create 1 bill

9. Reported back full legislature for 3rd and final reading

10.If passed, goes to governor

11.If governor vetoes (happens after sessions bc/ legislature won’t come back  since governor won’t call special session), the legislature can override (very  rare)

What does the law of supply state?

What are the equation laws?