UCMERCED / Earth Science / ESS 002 / What is a simple definition of sustainability?

Chapter 1- What is sustainability?

Current State of the Earth

• Over- exploitation of natural resources

• Hidden environmental costs are not reflected in market prices

What are some human activities that degrade natural capital?

• Happening at an accelerating rate If you want to learn more check out What does the 360 degree feedback assess? 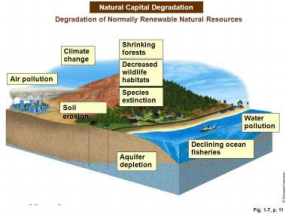 What 3 factors determine the resilience of an ecosystem?

Whole greater than sum of its parts:

• Three pillars of sustainability are connected  Don't forget about the age old question of Which factors influence health according to the biopsychosocial model?
If you want to learn more check out What are the 3 main areas of cognitive development that occur during adolescence?

If you want to learn more check out What stops the stimulation for muscle contraction?
We also discuss several other topics like What were catholics who refused to attend protestant church services called?

If you want to learn more check out How does structure determine function?

Chapter 2- A Brief History of Sustainability

• Response to birds killed for fashion

For many scientists and policymakers:

Ecology focuses on relationships and connections within:

• Unpredictability and uncertainty ???? nature is not a machine

• All the living and nonliving external conditions that affect and interact with  organisms, populations, or other living systems

The Beginnings of the Environmental Movement

• Reported the destructive effects of pesticides on the environment  ➔ DDT banned in 1972!

• Perpetual economic growth is not sustainable

• Waste sites located in minority communities in most cities in the U.S. U.S. Legislation in the 1970s

Environmental Ethics (The Value of Things)

• A thing has value in itself

• A thing is valuable insofar as its benefits humans

Expanding to a Global Scale

• Phased out production of CFCs

Chapter 3- The Biosphere (The Planet We Live In)

• Anything that occupies space and has mass

• Energy flows through; matter is recycled

• Energy: the capacity to do work

• Potential energy: stored energy that can be released

• Kinetic energy: the energy of movement

➔ Flows one way through a system

Solar Energy: The source of All

Kinetic energy of electromagnetic radiation that powers all the atmosphere, hydrosphere, and  biosphere

• The study of transformation of energy

• Energy cannot be created or destroyed

• Energy coming in = energy going out

• 24 elements are essential to living organisms

• Each circulates in a cycle, naturally, precisely balanced

The sun powers the water cycle:

• Water vapor rising into the atmosphere

About all biological molecules- carbohydrates, fats, proteins, DNA… - are composed primarily  of carbon

Some specialized partners in cycle:

Geosphere (The Solid Part of the earth)

Atmosphere (The Gas Part of the Earth) 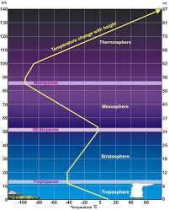 Hydrosphere (The Liquid part of the Earth)

• Covers ¾ of the Earth’s surface

• Driven by the sun

Biosphere (The Living Part of the Earth)

Layer where life exists, including:

Constant Transfer of Energy and Matter

• Biological entities are organized in a hierarchical structure, ranging from cells to the  biosphere

• Prokaryotes: without nucleus and internal organelles

• Not predictable by studying system’s part

• Capacity of a system to accommodate change

The Foundation of Life

• Primary producers in many food webs

• Constantly communicate with each other

• Some live below freezing

• Some live above boiling

• Distinction is not always clear

What is an ecosystem?

= dynamic interactions between plants, animals, and micro-organisms and their environment  working together as a functional unit

There are two types:

• Exists in a body of water

• Found only on land

Habitat: the place where organism lives

where it finds food, shelter, and mates

Niche: how it earns its living (its function in the community) and how it interacts with the  environment

How it finds food, shelter, and mates 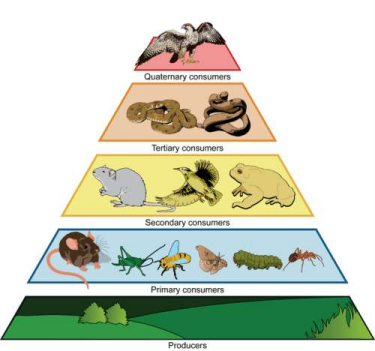 ???? too small amount of energy available

→ most are omnivorous eating primarily producers

➔ People must be vegetarians in nation with very large population

Measure of the Variety of Life on Earth

❖ Variability among living organisms from all sources including, inter alia, terrestrial,  marine and other aquatic ecosystems and the ecological complexes of which they are part  ❖ Includes diversity within species, between species and of ecosystems

• Part of the biological pump

All Life is Made of Connections

• Whole always greater than sum of its parts

• System: an integrated whole made of interconnected parts

• Systems thinking: a way of perceiving reality which considers relationships, processes,  and interconnected parts of the unified wholes

• Sustainability: the study of systems 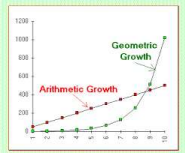 Cause of the constant growth

3 reasons behind the exponential growth:

• Human ability to expand and colonize all Earth

• A narrow base → population decline

• A wide base → rapid future growth

• Average number of children a woman gives birth to in her lifetime  Replacement-level fertility:

• Releases wastes faster than systems can process them

• Measures all economic activity, not well-being

• In general, GDP has increased but ISEW and GPI have dropped!

Evolutionary adaptation, now out of control

• Improve the free flow of goods/ capital between countries

• Economy as a whole, production of goods and services as the key focus  Neoclassical economics: microeconomics

• Power of the market → choose/develop the optimal alternative, the exchange of goods  and services as the key focus

= cost external to entity creating damage, cost of damage not reflected in price

A: Affluence (consumption per capita)

• the per capita land area required for the natural resources consumed

• Failed state = state in which ability to govern has broken down

• Failing state = state in the process of disintegration

Often cause of (inter)national conflicts

• development without increases in environmental impact

Working Together to Achieve Common Goals

• participation → all participates in decision-making

The Tragedy of the Commons

• from which it is difficult to exclude or limit users

• use of resources by one person decreases benefits for other users

• if a society gives up the economic growth model and reaches a sustainable economic  balance, its citizens may not have to sacrifice greatly in terms of happiness

➢ the most abundant substance on Earth’s surface

Photosynthesis → base of the food chain

Freshwater available for use is a small % of total water:

Fluxes of Water Between Reservoirs

• Volume does not change

• Some recirculates within days

• Some residence time measured in 1000s of years

= demands not met because of: uneven distribution, overuse, pollution  Future

Water Below Our Feet

In US West, ~70% of residential water goes to grass  Reduction through:

• 41% of the U.S. water usage Conventional irrigation:  most runs off, never taken by plants!

Collecting from the Sky

- Roof washer, First flush: when rain first falls  on the roof it carries the majority of the  debris and pollutants with it.

Purification for potable (drinkable) use

Not kitchen sinks or toilets

Can be used for:

• In black pipes, NOT mixed with graywater  • Purified through biological method

• Used for irrigation or released in rivers USING NATURAL SERVICES

➔ water is released back into the environment Stormwater

Some intercepted by leaves, branches

Some infiltrates into soil

Some collects in pockets

Start at the source

Over time a population may increase, decrease, remain about the same or go up and down in  cycles.

• Number of individuals in a population at given time

Density: number of individuals per unit area (or unit volume)

= permanent loss of any species from Earth

When ~25-95% of all species on the are wiped out in one catastrophic event  → biodiversity increases over time, but each recovery required millions of years

→ species soon to be extinct

➢ Introduced outside its normal distribution

➢ Nonnatives are not necessarily invasive

Likely to be the first great ape species to go extinct due to mankind’s direct actions  Why?

- Smuggled orangutans sell for $10,000 on the black market

Interconnection between organisms and environment

- Capacity of an ecosystem to adapt from a disturbance

THE FIRST LINE OF DEFENSE FOR PRESERVING BIODIVERSITY

Too many threatened BUT too few resources!

➡Which ecosystem to protect —> the 4 R

• Representation: contains as many aspects of biodiversity as possible  • Resiliency: large & intact enough to resist disturbances

Priority will be given to:

• Keystone species: its removal can cause major disruption of the ecosystem • Flagship species: so charismatic that it generates public support

Most essential organisms not visible

—> more effective to protect healthy, intact ecosystems rather than species

Done through strategies for the integrated management of land, water and living resources  (Habitat Conservation Plans)

• get or help getting land or help on conservation easements

• no building nor land exploitation

THE SECOND APPROACH FOR PRESERVING BIODIVERSITY

Ecological restoration is the process of assisting the recovery of an ecosystem that has been  degraded, damaged, or destroyed.

Question: restore to when?

❖ Ecosystems at all scales change constantly over time!

- a place that functions as a healthy ecosystem

What were the cultural exchanges between the native american civilizations and the european settlers?

What are objects in a system called?