UNIVERSITY OF CENTRAL FLORIDA / Psychology / PSB 3002 / What are the neural networks of sleep?

What are the neural networks of sleep?

What are the neural networks of sleep?

Description: Class/lecture notes from PSB 3002 on 10/25. We went over Chapter 10: Sleep and Dreams, as well as received 4 questions that will be on the coming up exam! Hope it helps, good luck!

What is the neural networks of sleep?

Most dreams we have aren’t anxiety dreams

Most of our dreams are unremarkable and  unrememberable

Recurring dream refers to the theme or content of the  dream

Within the semantic memory: 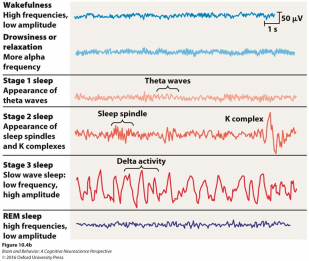 Biggest conundrum in sleep and dreams: Do other  animals dream?

∙ No way of knowing or proving it

What is the chemical stimulation of frontal dopamine system?

Do rats have REM sleep? Yes

Having REM sleep appears to go with having a brain 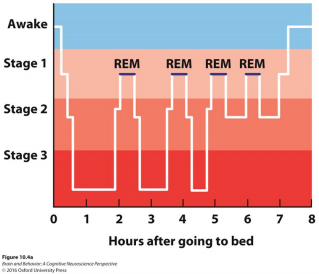 If you want to learn more check out Why are phospholipids so suitable to build membranes?

Dreams do not only occur during REM sleep

Dreams can occur in other stages, except stage 1, but  most occur during REM sleep 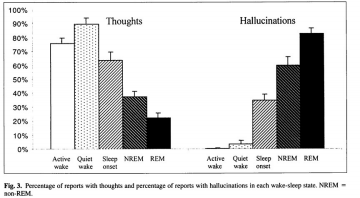 Dreams, hallucinations, and Wernicke’s Aphasia are all  related through the same background processes

What is the norepinephrine?

Hallucinations – loss of touch with reality

Schizophrenics are more capable of tickling themselves

The Neural Networks of Sleep

These networks are mutually inhibitory

∙ When one is active, the other is inactive (vice versa)If you want to learn more check out What are the symptoms of hypoglycemia?

Most people sleep an average of 7 and ½ hours a night As time passes, people often sleep less and less 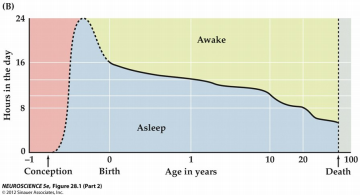 Old people sleep more than babies = FALSE If you want to learn more check out What is the function of the congress of industrial organizations?

During sleep, temperature drops, cortisol goes up, not  much growth

Dolphins can put half their brain to sleep

Mammals have laterization of functions

There is a pattern of REM sleep and wakefulness

If you want to learn more check out What are the discrete random variables?

Back to front – posterior to frontal in the brain, goes from  complex to less complicated Don't forget about the age old question of What is a camera obscura?

The further back, the more complex

Norepinephrine levels are very low during all stages of  sleep, especially REM sleep

Which one would be most likely to be associated with  dreaming? Serotonin because it’s high during REM sleep.

The brain regions responsible for the sleep and awake  states are mutually inhibitory, resulting in either sleep or  wakefulness, but not both simultaneously 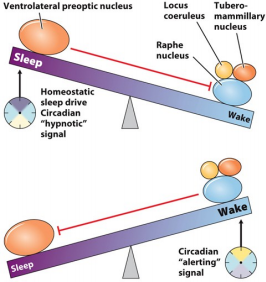 Activity in the preoptic area results in sleep, inhibits the  brainstem systems

PGO don't produce the dream; they give the order 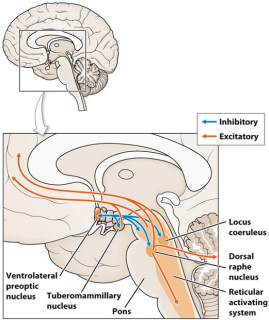 If you want to learn more check out What is the importance of parental psychopathology?

Sleep is triggered by activity in the locus coeruleus:  FALSE

Which statement is true of neurotransmitters in REM  sleep?

Serotonin is high, norepinephrine is low.

∙ Tell the forebrain to generate a dream sequence

Is Non-REM dreaming the same in nature as REM  dreaming?

∙ Therefore, there can be REM-like dreams without  REM

o NO perfect correspondence between REM and  dreams

∙ Damage or lesions to the forebrain much less likely  to be fatal in consequences than pontine damage ∙ Multiple documented reports of forebrain lesions that eliminate dreaming while completely sparing the  brainstem. Most suspected site is the region where

o Those with strokes in the brainstem often fatal,  especially deeper down by the pons

∙ Those with Parkinson 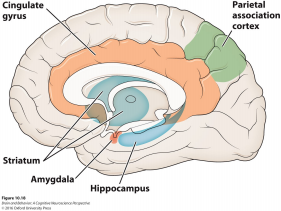 Associations areas are what contribute to dreams

Hard to correlate areas of stroke damage with behavioral  phenomenon

Stage 1: the forebrain is activated during sleep (the old  term “reticular activating system”)

Stage 2: dreaming occurs only if the ventromedial frontal  dopamine circuit is activated.

Which statement is true?

PGO waves send the signal for a dream to be  produced.

What is the process of influx of calcium like?