What is the study of welfare economics?

What is the study of welfare economics?

What are the costs of taxes to taxpayers?

Allocation of resources refers to:

∙ How much of each good is produced?

∙ Which producers produce it

∙ Which consumers consume it

∙ A buyer’s willingness to pay for a good

∙ Maximum amount the buyer will pay for that good

∙ How much the buyer values the good

how the allocation of resources affects economic well­being?

∙ extra benefits received by consumers above the price they must pay ∙ the amount by which WTP is greater than the price consumers actually pay  ∙ the area between the demand curve and the price line up to the quantity transacted ∙ the area of the triangle in a smooth demand curve.

∙ CS is measured in $

Anthony ­ $250 We also discuss several other topics like What happens to people with ocd?

How does welfare benefit the economy? 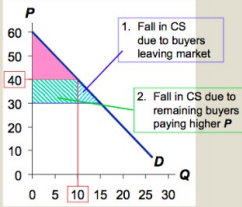 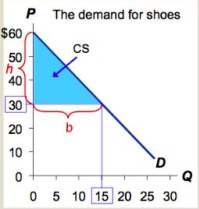 Other’s don’t receive CS because they don’t buy the iPod at this price We also discuss several other topics like What does a replicated chromosome consist of?

Cost: Value of everything a seller must give up to produce a good

∙ PS is also measured in $ 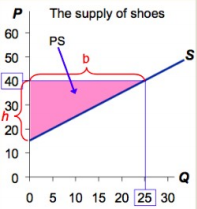 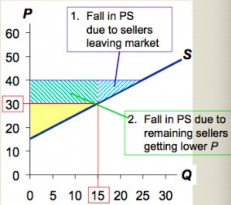 We also discuss several other topics like What is romanticism literature?

∙ Buyers’ gains from participating in the market

∙ TS is the measure of society’s well­being 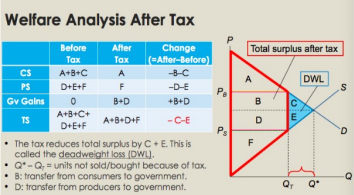 the reduction in TS

in a market due to a

distortion in that market.

Determinants of DWL I 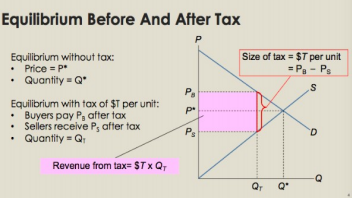 Elasticity affects the size of the

smaller DWL of a tax.

larger DWL of a tax

curve, smaller DWL of a tax.

larger DWL of a tax

When demand is inelastic, it’s harder for consumers to leave the market when the tax raises to  Pb.

When demand is more elastic, it is easier for buyers to leave the market when the tax increases  Pb.

∙ When tax increases, DWL increases even more rapidly than the size of the tax. ∙ Tax revenue increases initially, then decreases.

The Laffer Curve shows the relationship between size of tax and tax revenue. 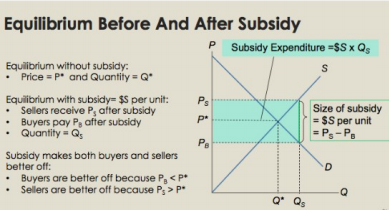 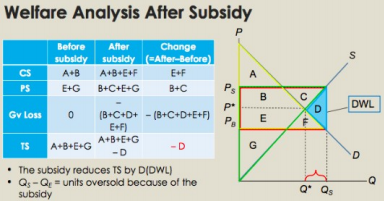 ∙ Only domestic buyers and domestic sellers exist in the market.

∙ Equilibrium price and quantity are determined in the domestic market.

PW= the world price of a good, the price that prevails in the world market. 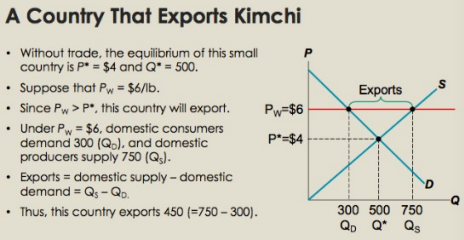 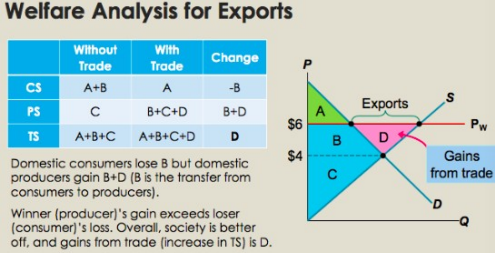 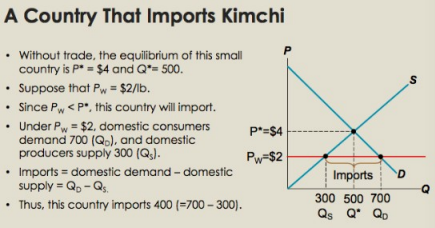 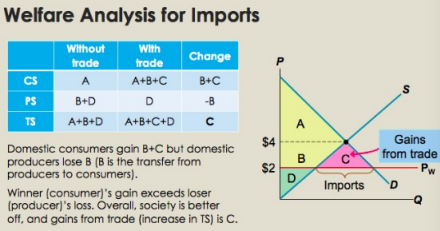 Import quota: a limit on the quantity of imported goods. 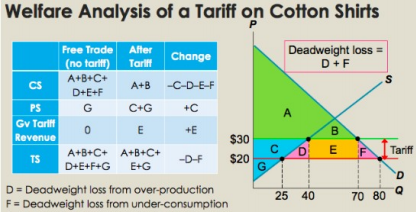 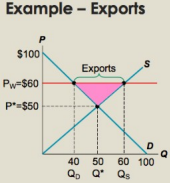 Externality: The uncompensated impact of one’s actions on the well­being of a bystander in the  market.

Negative externality: Impact on the bystander is adverse/harmful.

∙ Ex. 2: Health risk to others from second­hand smoke.

Positive externality: Impact on the bystander is beneficial.

∙ Ex. 2: Research and development creates knowledge others can use.

∙ Ex. 4: Being vaccinated against contagious diseases protects not only you, but also  people around you.

Externality with production:  Seller/producer of a good is incurring externality problem to  society

Externality with consumption:  Buyer/consumer of a good is incurring externality problem to  society

Internalizing the externality:  Altering incentives so that people consider the external effects of  their actions.

Market­based policies:  Provide incentives so that private decision makers will choose to solve  the problem on their own

The Coase Theorem:  If private parties can bargain without cost over the allocation of resources  (called transaction costs, ex: litigation fees), they can solve the problem of externalities on their  own.

∙ Whatever the initial distribution of rights, interested parties can reach a bargain, in which  everyone is better off and the outcome is efficient.

∙ Result: The party who puts higher value on the good gets to keep

Excludability: Property of a good whereby a person can be prevented from using it

Rivalry in consumption:  Property of a good whereby one person’s use diminishes other people’s use.

∙ Not rival: an MP3 file of Beyoncé’s latest single.

Private Goods: Goods that are excludable and rival in consumption.

Club Goods: Goods that are excludable but not rival.

Free rider: A person who receives the benefit of a good but avoids paying for it. Common Resource: Goods that are rival but not excludable.

Regulate use of the resource.

Ex: limits on hunting & fishing seasons, on size and quantity of animals

Impose a corrective tax to internalize the externality.

Auction permits allowing use of the resource.

Ex: Spectrum auctions (selling the license to transmit signals over specific bands of the  electromagnetic spectrum) by the U.S. Federal Communications Commission (FCC).

Budget deficit: an excess of g’vt. spending over g’vt. Receipts

Budget surplus: an excess of g’vt. receipts over g’vt. spending

What are the costs of taxes to taxpayers?

3)Administrative burdens of complying with the complex tax laws

Assess the sacrifice a taxpayer makes because it measures the fraction of income paid in  taxes.

Marginal tax rate: the extra taxes paid on an additional dollar of income

Measures the incentive effects of taxes on work effort, saving, etc.  (the more you work,  the greater the tax rate).

Lump­sum taxes: the same amount of tax for every person

∙ Concerns whether the tax burden is distributed fairly among the population. ∙ Agreeing on what is “fair” is much harder than agreeing on what is “efficient.” ∙ Yet, there are several principles people apply to evaluate the equity

of a tax system.

Benefits principle: the idea that people should pay taxes based on the benefits they receive from g’vt. Services

Ability­to­pay principle: the idea that taxes should be levied on a person according to how well that person can shoulder the burden.

Vertical equity: the idea that taxpayers with a greater ability to pay taxes should pay a larger amount (hence, average tax rate is relevant for this).

∙ This says that rich people should pay more than poor people.

∙ Most people think that this is fair, but debates are on how much more.  Proportional tax system: a system in which high­income and low­income  taxpayers pay the same fraction of income in taxes.

Regressive tax system: a system in which high­income taxpayers pay a

Horizontal equity:  the idea that taxpayers with similar abilities to pay taxes should pay the same  amount. This says that “similar” taxpayers should pay

What is the purpose of gluconeogenesis?

What is the importance of gene regulation?