UCR / Biochemistry / CHEM 001 / In chemistry, what defines a trigonal pyramidal?

Description: A cumulative study guide based off of notes taken during lecture and discussion as well as with some help from the textbook. Touches on important key subjects that will most likely be on the midterm su

In chemistry, what define a trigonal pyramidal ?

▪ Diagrams that show bonding between atoms of a

molecule and the lone pairs that may exist in the

What is the function of octet rule?

We also discuss several other topics like How long does it take to conduct down axons?

Usually one, two, or 3 e’s are transferred from one  atom to another

Octet rule: Atoms lose, gain, or share electrons in order to have a  full valence shell of 8 e’s

Formal charge: A formal charge is a comparison of electrons owned by an  atom in a Lewis structure vs. The # of e’s possessed by the same atom in its  unbound, free atomic state. 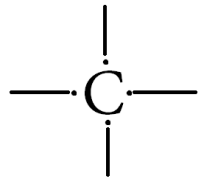 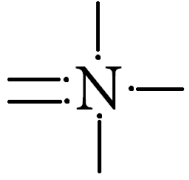 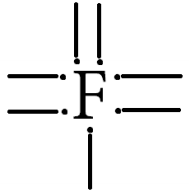 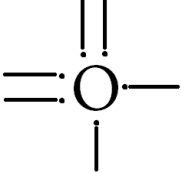 We also discuss several other topics like The painting virgin and the child is made up of what?
If you want to learn more check out What is the function of hydrogen bond?

If you want to learn more check out Who organized the first convention on women's rights?

o Ask: Are all octets filled?

o Formal charge of an atom

▪ In general, atoms in the fourth period and beyond, higher  d orbitals can be used to accommodate additional shared  e’s.

predicted by the octet rule are called hypervalent

compounds, and have what is known as an ‘expanded

▪ Atoms bond in such a way that each atom acquires 8 e’s  in its outer shell.

Draw the Lewis dot structure for the following compounds: BeF2 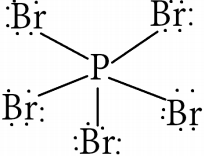 ▪ Octet rule can be ‘expanded’ by some elements utilizing  the d-orbitals found in the third principal energy level and  beyond. Sulfur, phosphorous, silicon and chlorine are

FC—comparison of e’s and ‘owned’ by an atom in a Lewis structure vs. the  number of e’s possessed by the same atom in its unbound, free atomic  state

o E’s are arranged about central atom in a way to minimize  those repulsions.

Molecular geometry—describes the relative positions of atoms in a  molecule.

???? A chemical bond forms when atomic orbitals of atoms overlap.

Atomic Orbital: an expected region of electron density around an atom  based on a solution to the Schrodinger Wave function.

The total # of orbitals available for forming

bonds does not change—a new set is simply

Linear sp hybrids: the two hybrid orbitals formed by the mixture of  one s-orbital and one p orbital.

Trigonal sp^2 hybrids: the three hybrid orbitals formed by the  mixture of one s and two p orbitals.

Tetrahedral sp^3 hybrids: the four hybrid orbitals formed by the

Shortcut to determining hybridization of an atom in a molecule:

▪ Count the # of atoms connected to the atom in question

▪ Count the # of lone pairs attached to it

For the following molecules:

How is midpoint elasticity computed?

What is an example of a third variable in research?