Description: These notes cover all of chapter 2, which is Europe. Content: Borders, The Realm, Location and Climate, Historical Events, Colonialism, Industrial Revolution, Nation-States, Centrifugal and Centripetal forces, Religion and Language, Regions of Western Europe, and the Benelux Countries.

North Atlantic Ocean to the west

Russia, up to the Ural Mountains to the east

The Arctic ocean creates a natural boundary to the north

Mediterranean rounds off the southern border

With Europe being such a water­based continent, the climate is unusually warm its  northern base. This is especially so in the western regions, due to the Gulf Stream.  Much of Europe lies above the United States. Also, since rivers are abundant,  transportation has never been an issue for European travel and trade. The majority of  Europe is accessible through waterways.

Introduction into the Realm:

The Realm is favored because of its physical geography and cultural factors. The  key players in the development of the Realm are the Greeks, Romans, and Vikings

When did the industrial revolution begin in europe?

From the transformation of the Roman Empire, to the European Union, Europe has changed its “appearance” from a series of nation­states to a multicountry union.

The impact of European colonialism is still felt today, even though its main impact was during the Industrial Revolution, in developing countries around the world.   If you want to learn more check out What were the situation of people in greece back in 1945?

Alpine Region, Central Uplands, Northern Lowlands, and Western Highlands;  each of these landforms represents a different region of Europe. Because of these  landforms, Europe is a very biodiverse continent.

Due to the many landforms and excess of biodiversity, Europe has access to many  raw materials and natural resources. A downfall of this is its attraction to human  populous which is ultimately straining Europe’s natural environment, causing  deforestation and a decrease in biodiversity.

How did political revolution transform europe?

Apennines, run the length of Italy

Carpathians, go around Romania and Slovakia If you want to learn more check out How is naturalistic observation facilitated?

These mountain ranges act as a natural separation for cultural groups

Central Uplands: borders main Alps to the north (southern Germany) and to the  east

Great source of raw materials (forest products and coal) which

Northern Lowlands: extends through northern Europe, southern France, north  through Germany, and into the Ural Mountains of Russia

for      a large European population

Western Highlands: extend through Norway, parts of Britain, and some of  the Iberian Peninsula in Portugal and Spain

Not a very popular farming area, mainly designated to grazing

Greeks: Southern Europe, Greeks were innovative with ideas, philosophy and  organization­the Greeks are where we got the basis for democracy.  We also discuss several other topics like What is the geometrical meaning of det(a)?

Romans: The Romans are the ones who carried empire to a whole new level.  They morphed my ideas into one and took control of a very large portion of  Europe and North Africa. They also introduced infrastructure to Europe. They  built roads, aqueducts, bridges, and port facilities. Their ability to all of this gave  them an understanding on how to rule and empire, which created the specialization of goods and the introduction to a market economy.

Vikings: farmers, skilled craftsmen, and traders. Used Europe’s waterways as  their main form of transportation. Their colonies included: Iceland, Greenland, and Canada. Vikings were even hired by the Byzantine Empire as mercenaries.  Vikings used trade to connect Europe during the Dark Ages.

Columbus was the beginning factor in European colonialism which died down  after WWII. Mercantilism was the “fuel to the fire” with colonialism; which is the  belief that trading can produce large profits. This caused the government to try and control all trade by promoting the acquisition of wealth by the gaining of gold and  silver from the colonies it conquered.  We also discuss several other topics like What are the most common monosaccharides?

Began in England in the 1700s. This revolution changed how people produced  products by using coal as energy source, steam engines for power, smelting iron,  and mass production changed how goods were made and distributed. The rural to  urban shift came into play with all of the booming businesses. People began to  drop the old way of living and turned to the more industrialized society for a better chance for a higher standard of living.  Don't forget about the age old question of In chemistry, what is the function of bond polarity?

Four Motors of Europe: these cities include Stuttgart, Germany, Lyon, France,  Milan, Italy, and Barcelona, Spain. These four cities were especially popular  because of their promotion of business and industry for Europe’s community and  economy.  Don't forget about the age old question of What is the kingdom plantae?

Political revolution that transformed Europe laid ground work for a sense of  nationalism that began the transition to Nation­States. Dictatorship and  Monarchial rule was beginning to diminish with this revolution due to the  increased amounts of treaties that shifted power more towards the people instead  of the royal.

State­ refers to the government of a particular area

When both come together it is referred to as a Nation­State because most of the  populace shares the characteristics of a nation and has the same governmental  views.

Devolution: “refers to the process whereby regions or people within a state  demand independence and autonomy at the central government’s expense” this  refers to when an ethnic group wants to separate from a larger state. 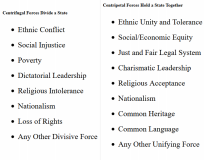 table 2.9 in our book shows examples of both  forces

Religion and Language in Europe:

Religion: Europe is known to be a Christian Realm; three main branches of  Christianity are found in almost all parts of Europe: Roman Catholic, Protestant,  and Eastern Orthodox. Catholicism has been a main religion in southern Europe  for over 1,500 years. Protestant has been northern Europe’s dominant religion for  years and Eastern Orthodox has become the primary for the Slavic lands of  Eastern Europe and Russia.

Romance is Latin based and found in Southern Europe

Northern Europe: Iceland, Finland, and the three Scandinavian countries of  Norway, Sweden, and Denmark aka Nordic countries. Viking influence was strong in these countries; their capital cities are also major port cities.

Priorities of the governments of northern Europe include: education, human rights, and social concerns, which leaves these qualities ranked highly around the globe.  Because of this, Denmark is ranked the highest standard of living in the world.

Northern European countries have an economic advantage due to their rich natural resources.

Kingdoms and royal families are highly regarded in the northern countries.

The Iberian Peninsula is separated from France by the Pyrenees mountain range.  Greece is the southern most country on the Balkan Peninsula.

The urban­rural shift is not strong in the southern countries, nearly half of the  population is still rural.

Spain is the most ethnically diverse of southern Europe.

Central Europe (Western Europe): Germany and France dominate all of the other  central states, with Belgium, Netherlands, and Luxembourg consisting of Benelux  countries. France is the only country to have borders to both the Atlantic Ocean and the  Mediterranean Sea. These countries are right in the middle of Europe’s economic region  and have fully stable democratic governments and have a high standard of living versus  the world

Germany: its own cultures, language, religion, and traditions have influenced the  strong German identity. It has the largest economy with strong exports and goods.

France: second largest European country behind Russia. 211 by 209 square miles. It is a major naval power and held colonies around the world during the colonial  era. France is a major contributor in European Affairs, the EU (European Union)  and the UN (United Nations).

Some of the most densely populated countries, sitting right below sea level. They are  collectively known as the Low Countries. There are many cultural differences among  these countries, but they have overcome them and excelled in creating a common  economic objective.

Where is inis bage located?

What are the challenging issues of sanitation?