Description: These notes cover what is going to be on the next exam.

B. Naming and Sorting Biodiversity

C. Archaea [notes upload over the weekend after tomorrow’s (1/25) lecture along with the rest of bacteria section]

A. Defined as its place within the universe and our place within it If you want to learn more check out sociology 101 midterm

1. The variety and variability of life on Earth

B. History and discovery of the term

Who is the first person to draw a phylogenetic tree?

b) Species - environment interactions (how they interact with the

a) Molecular Evolution: have to know differences in genomes

Consisting of ribosomal RNAs are found in all organisms, is what?

A. Linneaus and the origin of taxonomy 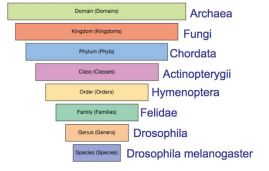 thousands of names for

them into larger and larger

B. Garret Hardin’s 3 Approaches to

Sciences (first 3 can be used to

one makes this the 4 approaches to

a) Backbone of biodiversity

(1) Known as the father of modern taxonomy

(2) Worked in Sweden as a botanist, physician and zoologist

(a) Normalizing the modern system for the naming of

species through binomial nomenclature → many

long, latin names existed before but he condensed

(b) Introducing taxonomy: species can be sorted into

based on similarities between them

(i) To explain diversity and differential

(4) Order: Carnivora Don't forget about the age old question of a felony is an act usually punishable by incarceration for

(1) Easier to keep an overview of millions of species

(2) With single words, you can talk about many species at once

because there are over thousands of animal species

a) Counting species and clades

b) Exploring morphological, functional, genetic, and evolutionary dimensions of biodiversity

Bacteria = 10,000 Don't forget about the age old question of what encloses the third ventricle

a) How biodiversity rose and how species evolved morphologically, genetically, functionally, and ecologically

b) “Nothing in biology makes sense except in the light of evolution” C. Biological Species Concept

1. Species are groups of actually or potentially interbreeding natural 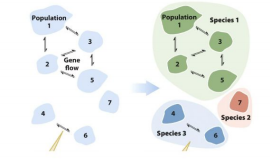 from a shared ancestor

3. Species: base unit of

4. Presence or absence of

biodiversity is an ongoing process that generates new species from old

ones (descent with modification) 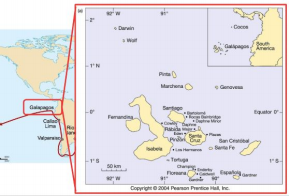 (1) Discovered finches there and thought they were all the

(2) However him and his bird expert (John Gould) identified at

b) Ultimate version species tree of Darwin’s finches has been

(1) Phylogenomics: use of whole genome sequences to

(a) New standard for reconstructing phylogenetic

a) Descent with modification through natural selection

their environment and standards of living

B. Evolution Concept generated by 2 processes

a) Linnaeus’ hypothesis that there were different degrees of

a) Every clade/taxa has its own LCA

(1) Monophyletic: include all members that relate back to the

level of the node representing its LCA

(3) Polyphyletic: lacks more than one descendant of equal

taxonomic level of the node representing its LCA

1. Trait similarities can be due to shared descent (homology) or independent evolution (homoplasy) 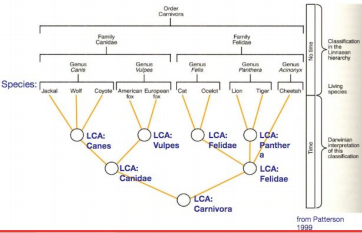 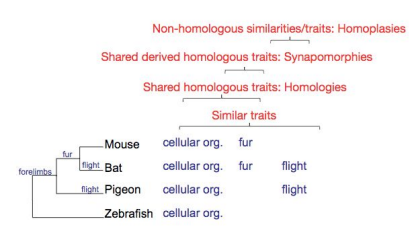 2. There are no detailed similarities at the level of anatomy for flight, therefore these species relate through their trait of fur even though it seems to be the other way around

b) All animals are multicellular however whether they have fur or fly D. Ribosomes

1. Ribosomes consisting of ribosomal RNAs are found in all organisms (eukaryotes and bacteria)

a) Two large subunits (mix of two types of molecules) 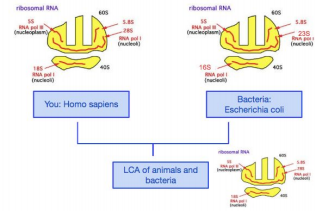 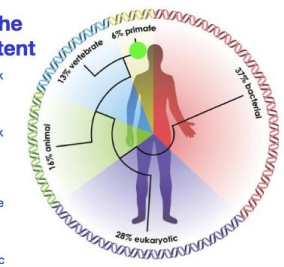 back past the last

genes in our genome

LCA of humans and

shared with all other

F. Ribosomal RNA structure has been conserved for the past 3.5 billion years in 3 main domains of life (Archaea, bacteria, and Eukarya)

1. Genes shared between Eukarya and bacteria are used to reconstruct the tree of life

A. Rapid evolution of the human gut virome

2. Human virome: collection of all viruses that are found in or on humans including eukaryotic and prokaryotic viruses

a) Both eukaryotic and bacterial viruses

c) Viruses integrated into our genome such an endogenous

4. Assembly and release of new virus

C. Organization of the human genome

1. In most eukaryotes, genes that code DNA represent usually only a small fraction of genome content (1.5%)

2. A much larger amount is taken by mobile transfer from viruses and bacteria 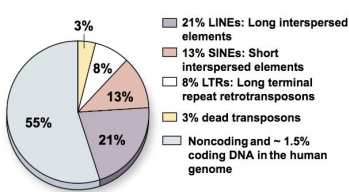 a) Dead transposons have DNA of bacterial origin

b) SINEs and LINEs have DNA of viral origin

D. Massive amounts of integrated viral DNA is one of the reasons why eukaryotic genomes are so large

1. Viral genomes by comparison are the smallest we know

1. Have been associated with bacteria, eukarya, and archaea since the beginning of organismal evolution (important part of the tree of life) a) Homoplasy (being infected by different viruses)

b) Viruses do not have ribosomal RNAs

which degrades the dsRNA of invading retroviruses

(a) Peptidoglycan: containing cell walls that are

difficult to penetrate for viruses

Repeat (CISPR) which degrades the genomes of

a) Through symptoms caused by infection

3. Some viruses benefit their hosts

a) Life cycle of bacteriophage

phages after infection of host cell

2. Viruses lack their own ribosomes and enzymes for protein and nucleic acid synthesis

3. Viruses hijack the cell’s transcription and translation machineries to express their own proteins and eventually replicate

4. Viruses all have the same basic structure

a) Consist of nucleic acid core surrounded by capsid

c) However, some viruses store specialized enzymes with nucleic core → 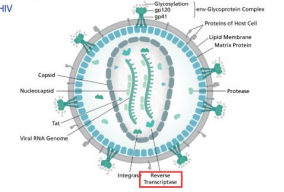 transcriptase enzyme of retroviruses not found in host 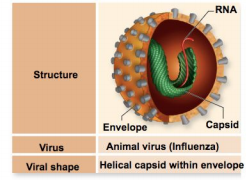 5. Viral genomes can consist of

b) Circular or linear

6. Viruses are therefore classified by genomes as

complementary to the viral mRNA

1. International Committee on taxonomy of viruses

a) 3200 viral species known at this point

b) Morphologically and genetically diverse

a) No unique morphology

b) Mostly restricted to the head-tail Caudovirales

c) Not characterized by a type of capsid

b) Many complex morphotypes

b) Many complex morphotypes

1. Discovered in 1884 by Theodore Eschrich

2. Resides in human and animal gut as normal part of microbial

populations→ thus referred to as coliform

3. E. coil must release toxins which allow bacterium to bind to the lining of the gut and cause symptoms of disease

4. Example of morphological variation in the same species

a) E. coli B strain REL606 a laboratory strain with a typical

b) E. coli 0119: HND strain A111, an enteropathogenic strain that produces hair-like pili

B. Why study bacteria?

1. Tell us about ourselves because they 37% of our gene content 2. Bacteria play key roles 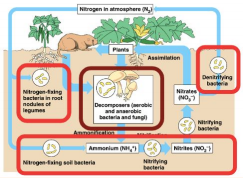 amount of the biosphere

a) 40 million bacterial cells in a gram of soil

b) 1 million bacterial cells in a mL of fresh water

other areas which all make up our microbiome

4. We need them to be functional: evidence that gut microbiota affect brain physiology and animal behavior

communicate with the central nervous system through the 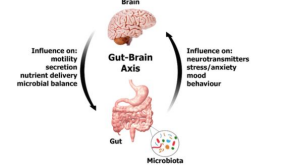 6. We could NOT live without them

b) The survival of any eukaryotic organism (animals, plants, fungi, protists) depend on specialized bacteria like the mitochondria (1) Have bacterial circular genomes

(2) Have bacterial ribosomes with ribosomal RNAs

(2) Have bacterial ribosomes with ribosomal RNAs 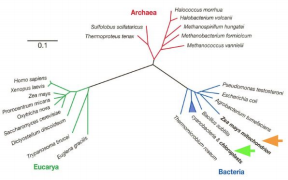