Course: Survey of Art I: Western Art from Antiquity to the Middle Ages

Description: covers from the sumerian to the archaic 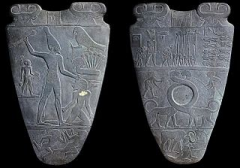 -Narmer is the king’s name.

-It is basically a makeup palette. The are circles above the palate are covered with  unique images which convey a message from where the palette came from. The  parts and the images that was carved into the palette was very expensive at the  time.

The upper kingdom king had a crown, a whip, and a she shepherds hook.

What does the death mask of king tut(tutankhamen) means?

King’s identification: The king always had a head dress, legs always spread out  standing tall in a stride feeling pride.

*there was and allegory(things that looks weird and fake indicates allegories) about  the hawk.

Hawk- connects with the people and the form of the Egyptian god; Horus

Bull is the allegory of the king running and ramming into his enemies on the bottom  of the palette.

Indication of the bull and the king: The king has the same tail as the bull to indicate  the relations. If you want to learn more check out What happened when there was excess sodium?

Top palette seen as the gods.

Namur name is written as catfish and chisel tip.

Who is the most famous black painter in the greek period?

-has a skirt makes him elite

-has hair higher than a common

-does not have a crown

Nemies is a headdress for the Egyptian king.

-kings have long beards and legs stride frontal head. We also discuss several other topics like Why do we breathe?

-The bodies were meant to show actual ranks.

-The women which represents khamerebty shows that she has a queen headdress  and Egyptian art wear neck clothing and the bodies shaped as females to the  exposure of the chest and the privates being closed by her legs seeing a gap in  between her legs.

-Important always going to be bigger and in front. The higher males normally have  their fist balled up and always step in front of the female to hierarchy and pride. The high rankings would follow by the king and queen steps.

-The roads was gaured from the everyday people temple to the late kings chapel. -it was there to protect his son

-in the Gizeh quarry, the largest in the Egypt Mesopotamia or Persia.

-a sphinx is a combination of a lion body and a human head it fits well the Egyptian  king.

-associated with the son god (probably Khafre)Don't forget about the age old question of Differentiate hydrophilic and hydrophobic. 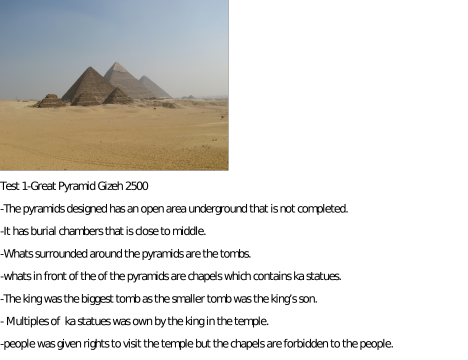 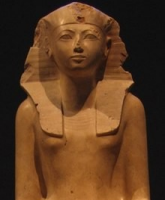 Test 1-Hasheput We also discuss several other topics like What are the five stages of humanistic?

-she had personally and feelings of a male presence.

-she royalty the next king was to young to rule so she took his place.

-she was known as a male when she claimed the throne. -she didn’t step down when the young king got older 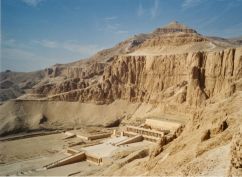 -The tomb chapel had public access to the people. -The temple gave its dedication to the god Amen -It created for it to be seen from the front only. -the deeper you go the more the images doses off -They were three gods that was inside. 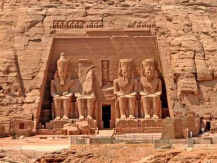 Don't forget about the age old question of What are the critical acid/base reaction equations?

-walking down the hall is a temple which inside is ka statues of Ame and the rest of  ramses.

-2 culture Egypt and Mesopotamia do develop over time.

-Was not unified states

-Mesopotamia has two rivers which are Euphrates and Tigris Rivers. (Important  Rivers)

*Naturalism-It is easy to identify and it is way of depicting the details. -Conventional Signs- symbols or codes that is able to break down and understand.

-Political System-divided by 3 city statues, ruled by gods and Poly religious( believe  is more than one god) culture.

*Cuneiform- A new form of writing that was invented by the Sumerians. 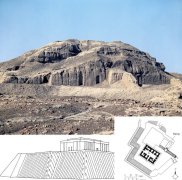 (Test 1) * White Temple, Uruk 3200 BCE We also discuss several other topics like What indicates a healthcare professional knows if a patient is deaf?

>The twin city is known as Uruk

> Ziggurat is a temple on a mound for Anu selection. Temple of the gods that  rules the city.

>Bend Across Approach-You must walk around the temple first before  entering it.

>Cellas- a large room with a pedestal in the room for the cult statue, It has  big human figure throne for the god of the temple. Waiting rooms for the Gods and  will sit there and wait for the gods patiently. Then once the gods have come down

the priest would be first to hear the message from the gods. They created  mountains to make easier for the gods to come down. 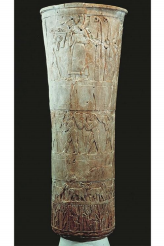 >The vase it huge and cant be hold due to its heaviness. The stones that  made up the vase is it very expensive and they were was some art carved into the  vase.

>This represent the circle of life for them.

> So it tells a story on how the world works and it how it started in its own  way. The vase was meant from bottom to top. Because it started it way to the  bottom and worked it way up to the top. The Bottom. Bottom: wavy line on the vase represented water> then plants and soil was underneath the water> It showed  animals on top of plants eating the grass form the earth> Human on top of animals  as they were carrying meat, water, and veggies> it showed them mean walking in a line half of them with beards and long skirts the other half with no beards a short  skirt.:Top.

> the rankings of the men on the vase determines on how much clothes and  facial hair they have on them. On top of the vase, The king with ring wrapped  around his head as a long bear and a long shirt was giving the food and water to the goddess (gods and goddesses was depicted to the horns on their heads).

*Allegories- They are stories that hidden meaning in them. For example, The lion,  The witch, and The wardrobe. 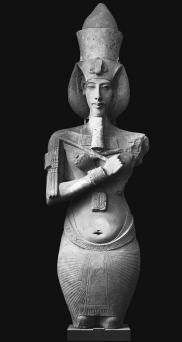 -It is a colossal statue

-the shape is body has curve like a female and comes with a pot belly. His face is  very long for an average human being is not very naturalistic. His shoulders are  crossed over as his arms were weak. His has a long beard and a headdress to  identify he is king. We know he is male because of the skirt.

-due to his pot belly figure physicians and other doctors argues on if it just his  illness or was the artist who proceeded him their culture.

* other info about Akhenaton

-He cleared away the great temples, made the priest very mad, and moved the  capital river from Thebes to present day Amarna. He named the site horizon of Aton. 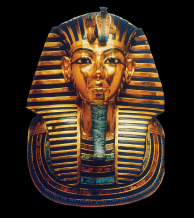 -the mask was made of gold and stones

-dress in his official regalia and had his head dress and fake beard to let other know  the death of a king.

-hawk on his shoulder watching over him-horus 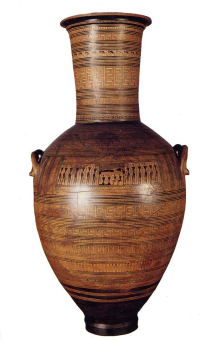 Horizontal bands. This is a geometric period.

One bump on the groan= males

Two bumps on the chest= female.

The figures are simply flat

-the Orientalizing period. Shape of flowers and colorful desigbs 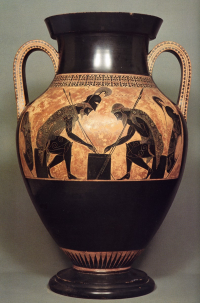 -on the right is the Greek version on the left is more naturalistically only the eyes  are frontal.

Exekias is the most famous black painter in the Greek period.

Vase painted by the androcides painter

-black figure is a copy from the eskias.

He is flattering by imitating him

Every painter switch to the red figure

Red figures-they were looking for naturalism.

-leg viewed from the front and the toes are sticking out 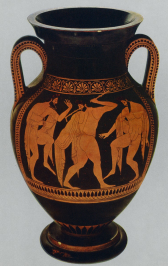 Ancient Greeks society is very sexist against females. Woman left at home and  getting dance while a crazy adopt new clothes/ see a lot of anatomy of the one  torso coming out at us. 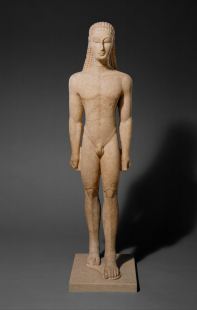 Got the idea from Egypt

They were copying the Egyptian statue

Made of stone, Fists are clenched, and they are the same poses/ the body  apportions and the narrow hips

Painted would have made it more naturalistic

-she is way more covered

-he hair is more 2-D not really naturalistic.

-so abstract: made of Limestone

Test 1-Peplos Kore, From the Acropolis, Athens Greece. 530 BCE -her hair looks more naturalistic as it lays there on her shoulder drapping down. -he has a archaic smile

-she is wearing a peplos (a long woolen belted garment.)

-she has a missing left hand

-her hair in braids (same thing for the lady of Auxerre)

Sound Box of the bull-headed harp from royal cementary, Ur,Iraq 789

-There two-man bulls in th first section and there is a scorpion man in the lower  panel.

-The animals doing their own thing and having a purpose in each panel.

-The dog wearing a dagger and carrying a table.. The gazelle bearing the goblets.  The bear playing the harp. The scenes doesn’t follow to us or don’t really connect  with us. This connects with the land of the dead and has a narrative significance.

What are the types of perceived risk?

Who proposed the geocentric view that was accepted and used for more than 18 centuries?