Description: These Notes cover the Prehistoric Era, Neolithic Era, and Greek and Roman Era. including vocab for every chapter

Humans evolved socially through controlling their environment, fire, weapon making, art, religion, and spiritual, is what?

- “A portion of land that  the eye can catch and

- Began to refer to non

-human aspects of the

scene mixed with a

- “Reshaping Lands” to a  structured society

Don't forget about the age old question of What does an animal need to eat to survive?
We also discuss several other topics like What viscosity means?

The Shaping of Space and Place

- Space takes on a series of canvases which can encompass:

Who was father of city planning and layouts, first urban planner?

- Place is more intimate where humans and nature can interact

- Landscape is an evolving narrative of the concept of a place  We also discuss several other topics like What is the best type of representation?

- Prehistoric Time Periods include, The Paleolithic Era, The Mesolithic Era, and The Neolithic  Era, all eras were before any written system was invited.

Nomadic → moving around for  food

We also discuss several other topics like Why are women’s rights and human rights issues like slavery often discussed together?

- Natural reasons as to why the civilizations developed where they did and how it shaped  the Earth and landscape of different areas throughout the world.  If you want to learn more check out what is city democracy?

due to weather phenomena

of sediments located in sites that were subject to flash floods,

serves as a major source of life in many settlements.

- Humans showed signs of social structure and stability including weapon collecting, and boat making - Humans evolved socially through controlling their environment, fire, weapon making, art, religion,  and spiritual. Don't forget about the age old question of What is Bayes Classifier?

Human Adaptation to the Landscape

- Didn't begin until the Neolithic Period

The Human and Spiritual Relationship within the Landscape

- Caves with many humans and animals drawn

- Wombs of the Earth (Sanctuary Cave)

- Unsure of its origins (creature,

- Believing that everything is going on at

once past, present, future

- Mimis are hunting kangaroos and taught people how to hunt

- The Spirit of that place

- The idea of deities of a place

- The natural world is embedded with divinity, so the spirit is embodied in  nature 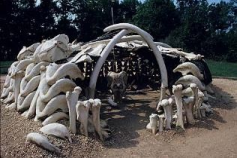 - Sun rises right in from of it

- Decor: curbstone card with spiral motifs/ marks on the entrance 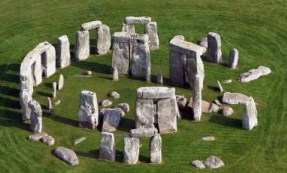 - Built by different groups of people at

- All the stones face northeast (towards

- Burial mounds of families who built,

- Winter solstice celebrated because of

the light shines through the rocks as

does the moon at its highest point

(could've been used for a calendar)

- Intended to act as an observatory to point

to the places on the horizon where the sun

rises (intended for their gods to see them)

unless you are in an aerial position

efforts to preserve the stones shape

- The formation of a writing system began

The Neolithic Landscape and Urban Settlements

- Boiled  castle as a wall

- Laid out and planned

- Massive rocks/ town  wall around the

Settlements around the Tigris and Euphrates River (6000BC)

- Larger settlements around the regional center

- Larger public buildings with streets leading to them

- Ziggurats were located around the central location or on a separated area from the city for worshiping and accessing the axis mundi, constructed of clay and

brick which were permeable to water, expressed the relationship between humans and the multi-spirited nature

- Animism was a belief that nature, animals, and

elements of nature had spirits and lived in harmony with humans

one of the largest and oldest cities in the

- Shifted from agriculture village to urban

center with bureaucracy, military, and

- The Eanna district is walled off for

- The center of the village

- Religious architecture at the center (not

separated from other districts)

- Birthplace of Abraham in theory

- Hives of residential activity around

- Humans settled around 5000BC initially

Consists of 8 settlements around the Nile Valley River

- Cosmological elements of the landscape were prevalent, but the building materials weren’t  strong enough to last except for the pyramids

- A symbolic representation of Ben-Ben Stone

- One of the biggest pyramids

- Aligned with the cosmos

- The Temple of Mentuhotep II in Karnak

- Built into a rock face with a large

processional axis leading up to the

axis in general) for the Nile River Valley

- A massive pylon with 2 statues of

himself and 2 obelisks (1 in Egypt and 1

the culture can be continued anywhere)

- Planned gardens with trees and laid

out plants, vineyards etc. for

courtyards or other social areas and/or

Permanent Settlements (communities, cities, and small villages) around the Indus River of  Northwestern India and Pakistan.

- One of the oldest cities in the Neolithic period

- Semi-griddled layout in the lower town and detached

- Sanitation and sewage system were efficient

- Wells and public baths throughout the city

- No evidence of a leader or monuments hinting

Pre-Spanish Cosmology in the Americas

Early Americas and Pre-Columbian architecture built by Native Americans suggested larger  communal and open spaces for these civilizations, many of the landforms are aligned with the  cosmos suggested beliefs in higher beings

- Possible settlement of hundred of people for

- Artifacts found on the ridges

- Center area was a plaza space for funeral processes or ceremonies

the movement of the Sun

- Kivas and Plazas centered around the center

plaza to acknowledge the earth and sun's

- The using of stronger tools and metal or stronger materials

Greek civilizations around the Aegean Sea

during the Bronze Age, including islands due

to the higher elevated landforms

- The location of the Greek civilizations

around the Aegean Sea were very

peaceful due to their isolation from

external attacks, this made their

- The islands or Cyclades, were

scattered and showed no mass

unification, they were independent

- Knossos was a city on the island of

Crete that served as a thriving

- The great hall of the Grecian palace

- Used for social gatherings and

- Simpler structure, but the design was somewhat ornamental (smaller and shadowed)

- good life with citizens being protected and

within a single space

- exile was worse than death, these are sacred

- City as a Place

- Aristotle - order within the chaos through containment

- Topos → when translated means: place, which is an important feature as multiple  spatial containments, enclosed and ordered spaces came about

- City is categorized into 6 elements:

democracy within the cities

- Demes → smaller towns right outside of polis, grow to each have an agora

- Gods and Goddesses were more humanistic

- They had human characteristics and

- Festivals and athletics for the Gods

- Polis was government by citizens who were males and had citizenship

- Decisions and public life were happening in the Agora

- The spiritual center sacred to all Greeks

The Sanctuary of Athena Pronaia

The Temple of Apollo

built atop the grave of Dionysus  (the God of wine)

The Rock of Sibyl

- More of an organic city

- Residential populations abandoned the acropolis and spread out on the lower ground, a very  modest set up (pictured)

- Acropolis became more of a

- Temples were close to

- Symbolic herms around the area

- Hippodamian Planning → divided the land into 3

- Based upon a political separation system:

- Destroyed in a Persian fire, perfect opportunity to exert

- Planned by Hippodamian planning → grid network One of

the first examples of a layout of a city plan

- Romans moved the Temple of Areas from

Mount Parnes and reassembled it in the

agora of Athens Library was built in the

- Appropriated the Hippodamian grid as

- Focused on regulation, repetition, and

inward focus → adding to the Agora

which is changing and becoming a public

- Order was the hallmark of Roman urbanism

a long sequence of columns joined  by entablature, free standing or  part of the building

a porch leading to the entrance of the building with a roof  structure over the walkway, a  symbolic entrance

- Insulae → blocks formed at the intersection of all the streets

- Designed to link forms and spaces

- Linear marketplaces (shifting the agora) - people selling things on the

- Theatres and amphitheaters - larger show and embrace of culture

- High based temples and arches - a symbol of retained power

- Internal gardens within a structure enclosed, resembling a courtyard

Landscape Architecture  Profession which applies artistic and scientific principles to the  research, planning, design, and management of both natural and built environments

Axis Mundai  The top of the pyramid signifying the connection between Heaven and Earth, also  known to be natural higher points on Earth

Animism  elements of nature, animals all have their own spirits and dwell within the forest or  natural element

Kivas  ceremonial sunken in areas of the Earth

Polis  “central city” and contains both the Agora and Acropolis , major streets lead into the  center

Demes  smaller towns right outside polis, grow to each have an agora eventually, share polis  culture until then

Insulae  blocks formed at the intersections of all streets

Portico  a porch leading to the entrance of the building with a roof structure over the walkway, a symbolic entrance

Colonnades  a long sequence of columns join by entablature, free standing or part of the  building

What are the Temperatures and Abundances?

What did the Native Americans do with Christianity?