Description: goes over all key concepts from ch 1-4

○ The total set of individuals, objects, groups, or events in which the researchers are interested

○ A number of cases selected from a population

○ A set of procedures used by social scientists to organize, summarize, and communicate numerical information

○ The object of research of individual groups, organizations or social artifacts ■ Hypotheses are usually stated in terms of a relationship between independent and dependent variables

○ Something that changes

The empirical rule states that for a normal distribution.

■ Dichotomous variables are a variable that only has two values

■ The Dependent variable is the “effect”

- Using numbers 1 and 2, we can classify female to male

- Nominal categories cannot be ranked numerically, because the different categories of male and female vary in quality

○ Numbers are rank-ordered (categories ranging from low to high)

- Social class is an example of ordinal measurement

What are the skewed distribution? 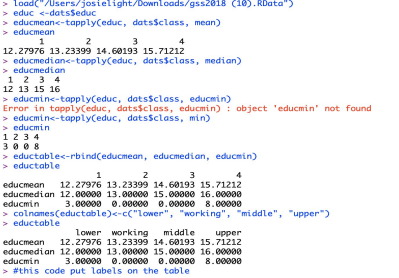 ○ Measurements are expressed in the same units and equally spaces

○ Interval-ratio values can be rank-ordered

○ Mean- the average of all the total number (arithmetic average) 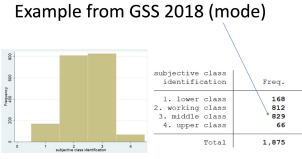 If you want to learn more check out What is the meaning of anthropology? 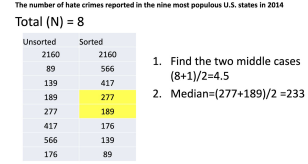 ★ How to calculate the mean:

We also discuss several other topics like bio 120 exam 3

○ A measure of variation for interval-ratio and ordinal variables

○ It is the average of the SQUARED deviations from the mean

If you want to learn more check out jason hafner

○ The square root of the variance

○ A score below which a specific percentage of the distribution falls 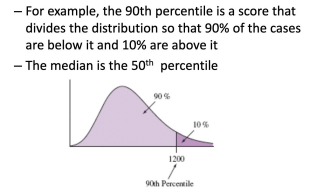 ○ The width of the middle 50% of the distribution

■ The median is the second quartile (Q2)

○ Categories are expressed in a circular graph

○ Categories are displayed as rectangles of equal width or their height

○ The categories are displayed as contiguous bars

○ The empirical rule states that for a normal distribution, nearly all of the data will fall within three standard deviations of the mean

o 68% of the observations fall within 1 standard deviation of the mean, that is between x-s and x+s (denoted x(-+)s)

which view reflects the belief that subjective experiences are of little value and that humans are complex machines?