Description: This study guide covers the chapters for exam 3

- Structure and function of genes

There are three levels at which enzymes can be regulated

- In prokaryotes, expression is generally regulated at the level of  transcription

- In bacteria, genes are organized into operons

What is an operator in biology?

a. Inducer binds to the repressor allowing transcription to be carried out by RNA polymerase

- The lac operon is an example of enzyme induction

- When lactose is unavailable, the repressor is active!!

- When lactose is present, it causes a conformational change in the  repressor, which renders it unable to bind to the operator

- The lactose operon is in genetic control

Another method is: ENZYME REPRESSION

b. The corepressor binds to the repressor which keeps RNA  polymerase from doing transcription

What is a mutation in biology?

It is any permanent, heritable change in the genetic info of a cell  Types:

- Point mutations – substitution, insertion, or deletion of one or a few  bases

- Nonsense is the most deadly or lethal type

- Transposons – pieces of DNA that “jump” from gene to the middle of  another gene, disrupting it

- Disruption of gene due to insertion of a transposable element: 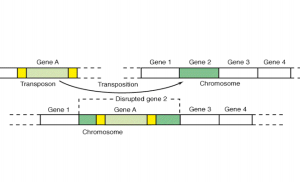 We also discuss several other topics like What is the meaning of memory?

Causes of mutations Don't forget about the age old question of What is the himalayas today? 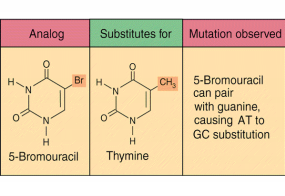 - Conjugation – direct transfer between bacteria  We also discuss several other topics like Are marginal cost and marginal revenue, are the same?

Metabolism – process by which cells convert nutrients into energy and use  that energy to grow  If you want to learn more check out What is the resolution of the cuban missile crisis?

o Energy is released when covalent bonds are broken

- Without enzymes, rate of reactions could take years through  spontaneous decomposition of bonds

- Rate of reaction is much quicker

REDOX: enzymatic reduction of NAD (coenzyme) using a substrate as an  electron donor

REDOX: enzymatic reduction of substrate using NADH as an electron donor  - Substrate is the electron ACCEPTOR

- Hydrogen has a negative charge (H-) 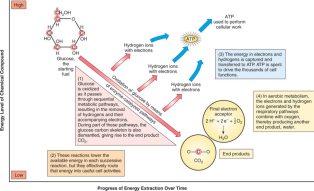 *know inputs and outputs of each 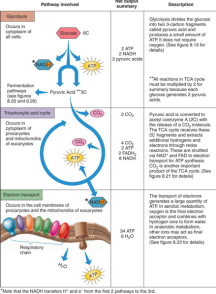 - During fermentation, NADH is recycled

- Glucose is not a product of glycolysis

- Main product of krebs is NADH and FADH

- Be able to count carbons for krebs cycle

o We do this process because of bacteria

o If there is no O2, then this doesn’t work all the way through the  krebs cycle 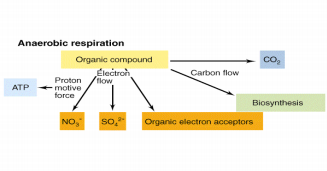 Infection and Disease I

- Bodies are great places to be!

- Our bodies are not uniform environments, though

o The successful colonizers (and the successful pathogens -- more  on this next lecture) are those that can deal with these defense - “Normal” doesn’t mean non-pathogenic; we often have pathogens (S.  pyogenes, S. aureus, etc.) in low numbers in and on us

- Colonization (and infection) frequently begin at mucous membranes o These are found throughout the body. Consist of single or  multiple layers of epithelial cells, tightly packed cells in direct  contact with the external environment.

- Breaches in the mucosal barrier can result in infection

- Bacteria may associate loosely or firmly

- The ones that penetrate or go between the cells are usually pathogens  How do we get indigenous microflora?

- Normally, a human fetus has NO resident microorganisms - Initial colonization comes during breaking of fetal membranes and,  especially, birth itself.

- Initial microflora depends on whether infant is breastfed or not.  Bifidobacterium vs. others.

- Breastfed infants have __lower pH__ and less buffering capacity in  large intestine. This disfavors enterobacteria and favors Bifidobacteria. - Bifidobacterium seem to compete with potential pathogens like  Clostridium difficile and some enterobacteria

- Which has a more diverse microbiota?

- Which is less acidic?

- Skin mites live in and near hair follicles

o Main glands for perspiration; secrete a hypertonic saline solution  with a variety of organic and inorganic substances

o Relatively devoid of microorganisms, probably due to salinity and low pH

o Population numbers can be high

- These lipids have antibacterial activity, esp. against Gram-positive  cocci.

Microbiota of the human mouth

- A great place to live! (in contrast to the skin)

o The only negatives: salivary enzymes (lysozyme and

lactoperoxidase), and constant need to re-attach

- Initially (i.e. at birth), there are only a limited number of bacterial types (aerotolerant anaerobes like Lactobacillus and Streptococcus),  o as teeth erupt there are more anaerobes and bacteria adapted to living in crevices and on smooth surfaces

o Begins as thin film of glycoproteins in saliva

o This is colonized (quickly) by individual Streptococcus (S.  mutans, etc.) cells, which grow to microcolonies

o Extensive growth of these results in formation of a thick biofilm.  Further colonization can include filamentous forms, spirochetes,  and various anaerobes

Microbiota of the Human GI tract

- The body is like a donut, with the alimentary canal the ‘inside’ of the  donut.

- Things inside the alimentary canal are not truly ‘inside’ the body - where do you think the most bacteria are found??

- The upper portions of the small intestine are acidic and resemble the  stomach.

- The lower portions have increasing numbers of bacteria, from 105 to  107 per gram.

- acts as a microbiological barrier

- Example: Infectious dose of Vibrio cholerae dropped 3-4 logs when it  was administered with bicarbonate (like Tums). Foods had similar  effect.

- Bacterial count of stomach contents is low, but walls can be heavily  colonized.

What is the type of virus that causes cancer?

Are price ceiling and price floor are the same?